Fake news on the chancellor candidates is circulating, and traditional media are playing a part in its spread. 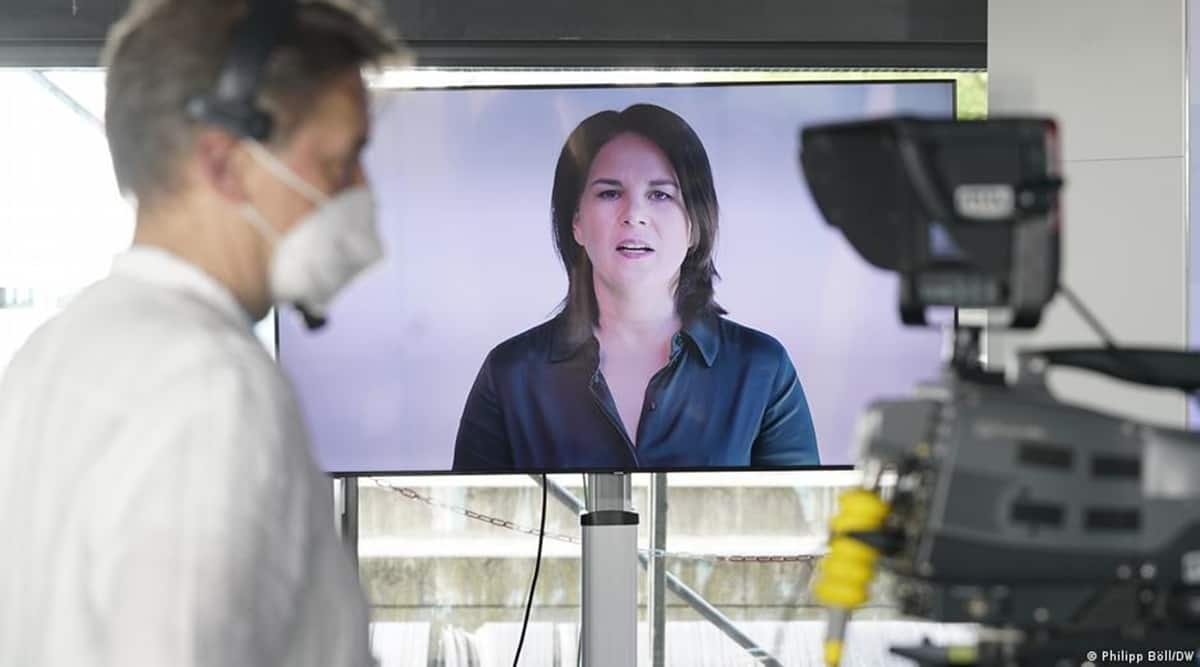 Annalena Baerbock has been the target of fake news in Germany

In the race to become Germany’s next chancellor, the Greens’ Annalena Baerbock is bombarded with more fake news than any other candidate, according to a new report by civil liberties organization Avaaz.

When the NGO’s researchers analyzed dozens of incidents, they found that in over 70% of those, more disinformation was spread about the 40-year-old than about her conservative contender, Armin Laschet, or Olaf Scholz, the Social Democrats’ candidate.

“She came quite late to the race — but immediately, we saw a spike in disinformation about her,” said Avaaz’s campaign director, Christoph Schott.

This type of fake news reaches wide sections of the population: Over half of all voters in Germany have come across at least one falsehood about Baerbock, according to a survey released with the report.

“Disinformation has reached the mainstream in Germany,” said Schott.

On September 26, Germany will elect a new parliament and decide who will succeed Chancellor Angela Merkel. Experts have warned that disinformation, which is spread deliberately to raise doubts over candidates, could sway public opinion ahead of the vote. The findings by Avaaz suggest the threat is real.

For decades, different actors — from PR companies to entire countries — have deployed disinformation as a strategy to influence elections.

But in recent years, the rise of the internet, social media and encrypted messaging apps have supercharged the phenomenon, now allowing everyone with basic photo-editing skills and a social media account to manufacture online disinformation.

It is something Baerbock’s Green Party has learned firsthand: Shortly after they announced her candidacy in the spring, posts appeared online. They claimed, falsely, that Baerbock wanted to ban children from having pets at home.

The party was quick to denounce them as fake — but months later, officials kept getting asked about the claims when they were campaigning, the Greens’ secretary-general, Michael Kellner, who oversees the party’s campaign, said in DW’s “How to hack an election” documentary.

Role of the media

While disinformation tends to originate on social media or encrypted messaging apps, traditional media often unintentionally play a key role in spreading it, according to Avaaz.

Almost a third of all respondents told the researchers they had learned about examples for disinformation only after they had been picked up on TV or by the print or online outlets of traditional media outlets.

Referring to ambiguous media headlines about Baerbock’s fabricated plans to ban pets, Avaaz’s Christoph Schott drew analogies to the United States, where for years journalists had picked up and written about tweets by former President Donald Trump, regardless of whether they were accurate.

Journalists should cover disinformation, he said, “but they should do so responsibly, put it in a bigger context, and explain how disinformation works.”

Social media companies also need to ramp up their efforts to debunk disinformation on their platforms, he added. “They should send corrections to all the people who have seen disinformation — because they know exactly who has seen it,” Schott said.