Many expressed disappointment with the campaign, with a number of users on social media pointing out that the ad appears to promote racial stereotypes. 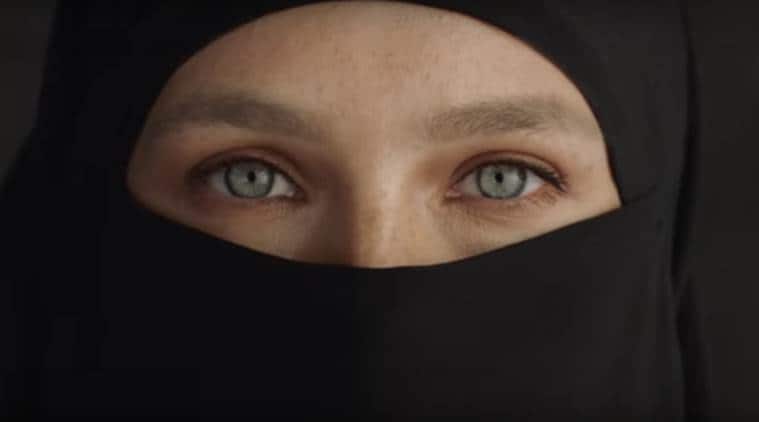 An apparel advertisement featuring a popular Israeli model has sparked outrage over its depiction of Muslims, with users accusing it of being “racist” and “promoting stereotypes.” The commercial for Israeli brand Hoodies shows model Bar Refaeli removing her niqab to promote “freedom.” The campaign called “Freedom is basic,” has now been removed from the company’s and model’s social media accounts. It is still, however, available on Hoodie’s YouTube channel.

In the advertisement published last week, Bar Refaeli is clad in a niqab, while a quote reportedly saying ‘Is it Iran here?’ appears on the screen in the Hebrew language. She then pulls off the hijab to reveal another outfit underneath. She then dances to music with the lyrics, “It’s all about freedom, finally breaking the chains, costing my freedom.” The video ends with her saying “Freedom is basic.” Another version of the advertisement features multiple women in the same backdrop in a slightly longer clip.

Many expressed disappointment with the campaign, with a number of users on social media pointing out that the ad appears to promote racial stereotypes. Others pointed that advertisement reinforced the stereotype that niqabs are restrictive and oppressive. Another user reflected at the irony of the advertisement, given the lack of freedom to Palestinians living under Israeli control.

A commercial launched by the Israeli super model @BarRefaeli pushing the Islamophopic narrative of the oppressed woman taking off her hijab and get liberated.
In my society women who wear a hijab are just as free as every other women. So U know where to push ur freedom propaganda pic.twitter.com/Gp2qhURCRs

This is disgusting and absolutely inappropriate, especially considering the atrocities experienced by Palestinians on behalf of the Israeli government. Totally missed the mark. #ShameOnYou @BarRefaeli

The campaign has been taken off Bar Refaeli’s and Hoodies’ Instagram page. The company has also reportedly also deactivated their Facebook page.

According to a report in the Jerusalem Post, the advertisement was purportedly designed to call out racism and bigotry and support freedom.

The campaign comes as billboards depicting anti-Muslim and anti-Arab sentiments have sprung up across Israel in the run-up to local body poll elections, reported the Middle East Eye. The advertisement has also received criticism for comparing Israel with Iran. Both the countries are hostile with each other as Iran rejects Israel’s right to exist and has repeatedly called for the Jewish state’s demise. In 1947, Iran was among 13 countries that voted against the UN Partition Plan for Palestine. Israel, on the other hand, accuses Iran of posing a threat to the country because of its nuclear power.