The strikes are happening in a tense political context as the French government is set to pass the 2023 budget bill using special constitutional powers that would allow it to bypass a vote in parliament, Prime Minister Elisabeth Borne said on Sunday. 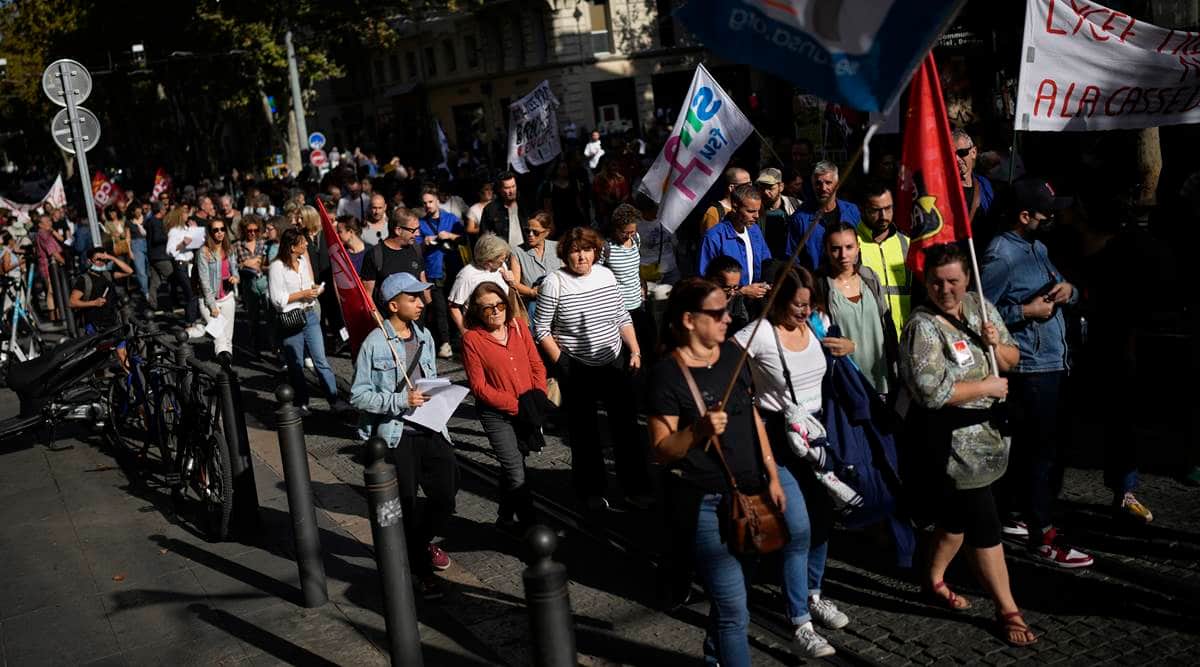 French trade union have called a nationwide strike this Tuesday, asking for higher salaries amidst decades-high inflation and posing President Emmanuel Macron one of his stiffest challenges since his reelection in May.

The strike, which will primarily affect public sectors such as schools and transportation, would be an extension of the weeks-long industrial action that has disrupted France’s major refineries and put petrol stations’ supply in disarray.

Trade union leaders are hoping workers will be energized by the government’s decision to force some of them to go back to work at petrol depots to try and get the fuel flowing again, a move some say put in jeopardy the right to strike.

The CGT union notably has called for continued walkouts into a fourth week at TotalEnergies, despite the oil company reaching a deal including a 7% increase and a bonus on Friday with other unions. The CGT is demanding a 10% pay rise, citing inflation and huge profits made by the firm.

As tensions rise in the euro zone’s second-biggest economy amid high inflation, strikes have already spilt over into other parts of the energy sector, including at nuclear giant EDF where maintenance work crucial for Europe’s power supply will be delayed.

A representative of the FNME-CGT union on Monday told Reuters strikes were affecting work at 10 French nuclear power plants, with further maintenance delays at 13 reactors and French power production reduced by a total of 2.2 gigawatts.

In public transport, big disruptions are expected in local traffic, including in the Eurostar, trains and suburban trains, as well as the Paris subway.

Civil service workers’ unions have also called to join Tuesday’s strike, with possible disruptions in schools and other public facilities.

The strikes are happening in a tense political context as the French government is set to pass the 2023 budget bill using special constitutional powers that would allow it to bypass a vote in parliament, Prime Minister Elisabeth Borne said on Sunday.

Demonstrations are scheduled all over the country, the one in Paris starting at 1200 GMT.

Thousands of people took to the streets of Paris on Sunday to protest against soaring prices. The leader of hard-left party La France Insoumise (France Unbowed), Jean-Luc Melenchon, marched alongside this year’s Nobel Prize winner for Literature, Annie Ernaux. Melenchon called a general strike for Tuesday.