Federal prosecutors alleged that Bannon and three others orchestrated a scheme to defraud hundreds of thousands of donors" in connection with an online crowdfunding campaign 'We Build The Wall'. 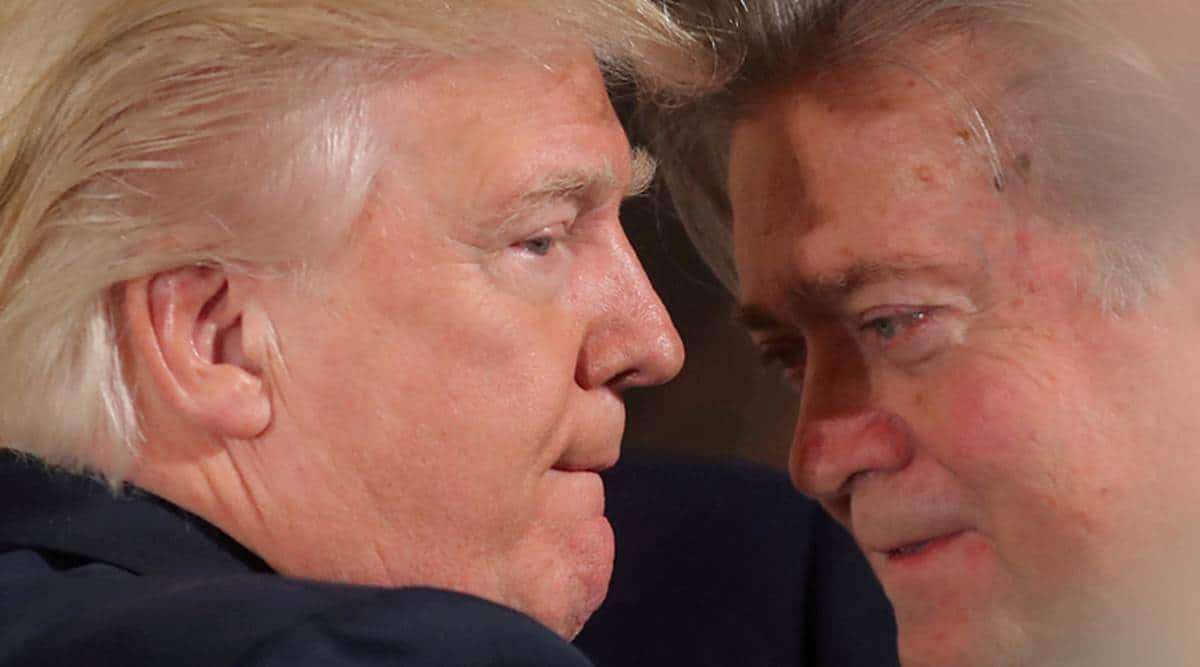 Former White House adviser Steve Bannon was arrested Thursday on charges that he and three others ripped off donors to an online fundraising scheme “We Build The Wall.”

The charges were contained in an indictment unsealed in Manhattan federal court.

Federal prosecutors alleged that Bannon and three others “orchestrated a scheme to defraud hundreds of thousands of donors” in connection with an online crowdfunding campaign that raised more than $25 million to build a wall along the southern border of the United States.

Multiple messages were left seeking comment from a spokeswoman for Bannon and his lawyer.

According to the indictment, Bannon promised that 100% of the donated money would be used for the project, but the defendants collectively used hundreds of thousands of dollars in a manner inconsistent with the organization’s public representations.

The indictment said they faked invoices and sham “vendor” arrangements, among other ways, to hide what was really happening.

We Build the Wall originally promoted a project for 3 miles of fence posts in South Texas that was ultimately built and largely funded by Fisher Industries, which has received about $2 billion in funding for wall contracts. Tommy Fisher, CEO, didn’t respond to calls for comment.

Trump recently criticized that section of wall after it showed signs of erosion, saying it was “only done to make me look bad,” even though it was built by his supporters.

Bannon led the conservative Breitbart News before being tapped to serve as chief executive officer of Trump’s campaign in its critical final months, when he pushed a scorched earth strategy that included highlighting the stories of former President Bill Clinton’s accusers. After the election, he served as chief strategist during the turbulent early months of Trump’s administration.

The blunt-spoken, combative Bannon was the voice of a nationalistic, outsider conservatism, and he pushed Trump to follow through on some of his most contentious campaign promises, including his travel ban on several majority-Muslim countries. But Bannon also clashed with other top advisers, and his high profile sometimes irked Trump. He was pushed out in August 2017.

Bannon, who served in the Navy and worked as an investment banker at Goldman Sachs before becoming a Hollywood producer, has been hosting a pro-Trump podcast called “War Room” that began during the president’s impeachment proceedings and has continued during the pandemic.