Joo Hyun Bahn, also known as Dennis Bahn, pleaded guilty to conspiracy and a corruption count in Manhattan federal court as part of a deal with prosecutors. 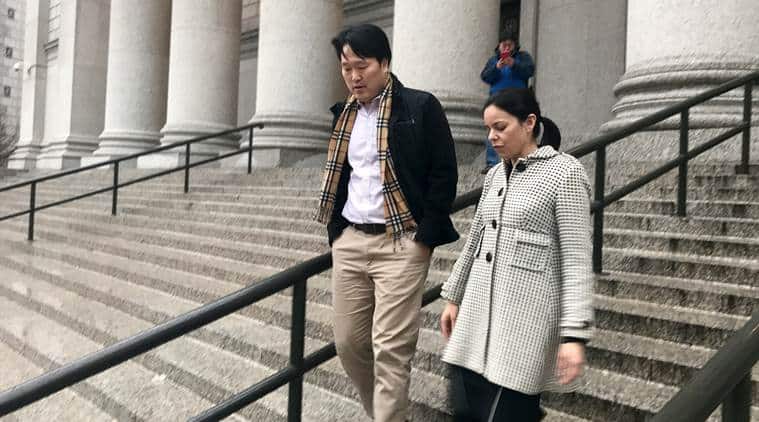 Joo Hyun Bahn (L), a nephew of former U.N. Secretary-General Ban Ki-moon, leaves a hearing in the federal court in Manhattan with his lawyer (REUTERS/File Photo)

A nephew of former UN Secretary-General Ban Ki-moon pleaded guilty Friday in a bribery case that grew from an attempt to sell a building complex in Vietnam for $800 million. Joo Hyun Bahn, also known as Dennis Bahn, pleaded guilty to conspiracy and a corruption count in Manhattan federal court as part of a deal with prosecutors.

He has been free on bail for a year since he was charged with trying to pay $2.5 million in bribes to rescue the failed real estate deal for Landmark 72, a Vietnam building complex that included a 72-story commercial building that was then the tallest building in the Indochina Peninsula.

During his plea, the 39-year-old Bahn, of Tenafly, New Jersey, said he facilitated a bribe, and he knew what he was doing “was a bad act.”

“Bribery and corruption undermine fair competition and the rule of law,” Cronan said.

The charges carry a potential sentence of up to 10 years. The plea agreement Bahn signed with prosecutors says his federal sentencing guidelines range could be as little as three years or as many as seven years in prison. The judge, though, is free to deviate from the calculated range.

Prosecutors say the scheme occurred from March 2013 to May 2015 when Bahn and his father, Ban Ki Sang, 70, of Seoul, South Korea, conspired to try to induce a foreign official to persuade a sovereign wealth fund to rescue the real estate deal. The father was charged in the case but has not been arrested.

An indictment said a $500,000 bribe was paid to a local businessman to arrange a $2 million bribe of the foreign official. But the government said in court papers that the half million dollars was instead wasted by the businessman on lavish expenses, perhaps because he didn’t have the connections he boasted about.