US warns Russia of further sanctions over Ukraine

Kerry said he hopes the ceasefire will be implemented fully "in the next hours, certainly not more than days." 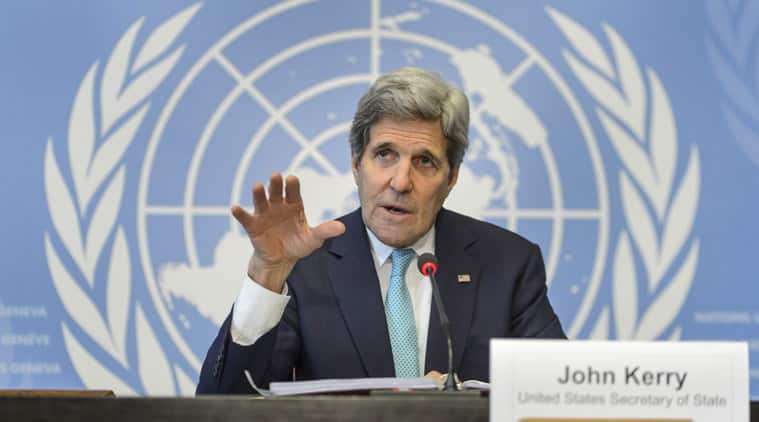 US Secretary of State John Kerry on Monday warned Russia that it will inevitably face further economic sanctions if it failed to implement agreements on a ceasefire deal and steps toward peace in eastern Ukraine.

Kerry, who met Russian Foreign Minister Sergei Lavrov for about 80 minutes on the sidelines of a UN Human Rights Council session in Geneva, said he hopes the ceasefire will be implemented fully “in the next hours, certainly not more than days.”

He said that if that did not happen, there will “inevitably be further consequences that will place added strain on Russia’s already troubled economy.”

Debaltseve, a strategic railway hub in eastern Ukraine, saw intensified fighting between the Ukrainian army and the pro-Russian rebels after the Minsk II agreement was signed on February 12.

“There has been a cherry picking, a kind of piecemeal selectivity of the application of the Minsk agreement. People have still been killed in the last few days so there is not yet a full ceasefire.

“Personally, I think, Putin misinterprets a great deal what the US does. We are not involved in multiple colour revolutions like he asserts,” Kerry said.

Lavrov, earlier in the day while addressing the UNHRC questioned the impartiality of the Organisation for Security and Co-operation in Europe (OSCE), saying “when the OSCE Representative on the Freedom of Media calls measures to prohibit Russian media in Ukraine just ‘excessive’, grave doubts arise about the impartiality of the institution.”

“In the wake of the anti-constitutional coup d’etat committed there a year ago, there has been an upsurge of ultra-radical groups, including those who openly act under Nazi slogans and call for ethnic cleansing,” Lavrov added.

Kerry also praised Russia and said it has been “helpful” in the context of the Iran talks, it has been “extremely engaged in our success of getting chemical weapons out of Syria” in an agreement we reached in Geneva.

K K Sharma to be the next Chief Secretary of Delhi