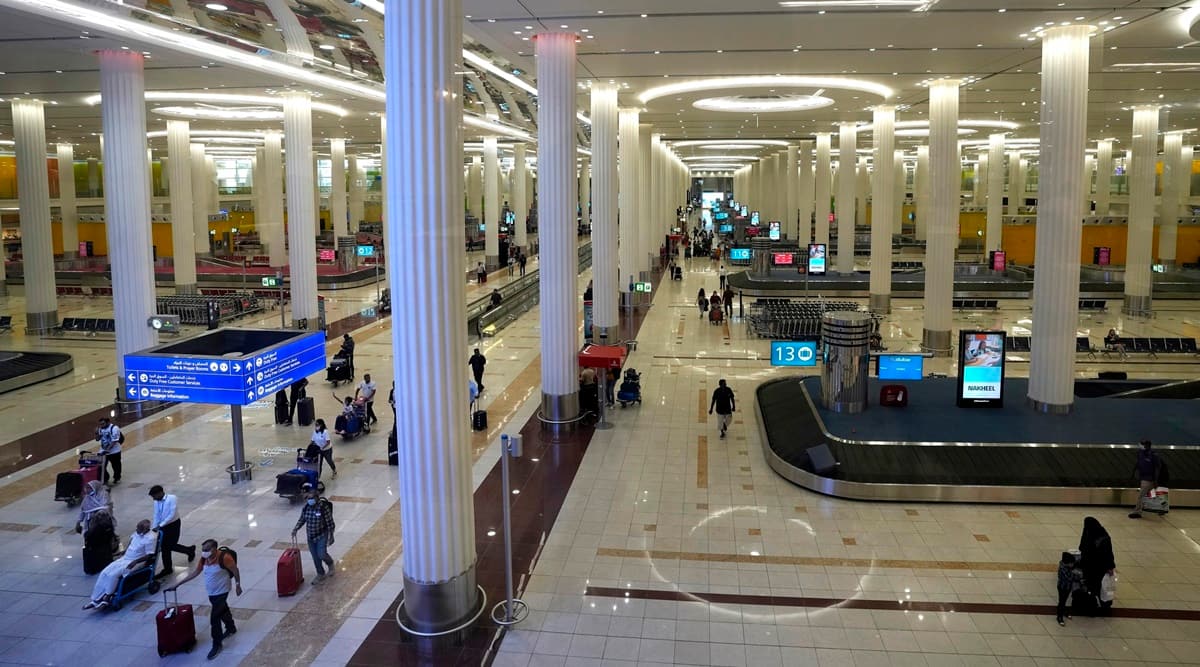 An unexpected hangover of the pandemic has been the withered flight schedules at many regional airports. Of the 430 airports in the continental United States and Hawaii that offered commercial passenger service before the pandemic, 76% had fewer flights scheduled in 2022 than in 2019, according to the Regional Airline Association. (Representational/ AP Photo)

Callista Wessels, a college senior in Ithaca, New York, has been used to flying home to Seattle from the small airport in her university town. But flights in and out of Ithaca Tompkins Regional Airport dropped to about 3,000 this year from 6,000 in 2019, according to data from Cirium, an aviation analytics firm — and prices have gone up so much that sometimes she takes a four-hour bus ride to New York City to take advantage of airfares that are hundreds of dollars cheaper. “There is definitely more of a barrier to getting home,” she said.

An unexpected hangover of the pandemic has been the withered flight schedules at many regional airports. Of the 430 airports in the continental United States and Hawaii that offered commercial passenger service before the pandemic, 76% had fewer flights scheduled in 2022 than in 2019, according to the Regional Airline Association.

This September, American Airlines ceased flying to Ithaca and Islip’s MacArthur Airport in New York — as well as Toledo, Ohio, and Dubuque, Iowa — bringing the total number of airports where it has canceled service to 15. The airline says it has 100 regional jets parked because of a lack of pilots. United Airlines is ending flights to Lewisburg, West Virginia; Clarksburg, West Virginia; Weyers Cave, Virginia; and West Paducah, Kentucky, this fall. Delta has not returned to 10 of the airports it left in May of 2020, including Flint, Michigan, and Lincoln, Nebraska.

More in world news |‘Gangnam Style’ brought K-Pop to the world, but haunted its creator

For travelers who live near small-market airports, that can mean not only higher fares, but also inconvenient and infrequent scheduling, hours added to trips as they need to make new connections, or long drives to bigger airports that still have service.

Lynda Brown, 74, a consultant who flies from the airport near her home in Missoula, Montana, which has lost almost 20% of its commercial flights, according to Cirium, has been frustrated by the situation. “The schedule keeps changing — what airlines are flying to what towns in what time of year. They’ll add a flight and we’re like, ‘Is this a summer flight? Is this forever’?”

The prices have been frustrating, too. Recently, when she saw that a one-hour flight from Missoula to Seattle cost $567 one way, Brown thought it must be for two tickets, “but it wasn’t.” For longer trips she checks back multiple times to see if the price has gone down, and considers if she’s willing to endure two stops or “ridiculous” layovers.

“We love to travel but this has had a chilling effect,” she said.

Domestic passenger travel demand has come roaring back, but route economics have changed and disproportionately affect regional flights, said Brett Catlin, vice president of network and alliances at Alaska Airlines. The pilot shortage that arose during the pandemic has boosted salaries, especially among regional-carrier pilots, he said, making those flights more expensive to run. Smaller planes are also less efficient. A 500-mile flight in a regional jet that holds an average of 76 passengers uses about 30% more fuel per passenger than the typical mainline jet, which carries an average of 159 passengers, said Catlin.

This leaves airlines choosing to keep their most profitable routes. “Why fly a 50-seat plane into a small town when you can deploy those same resources such as pilots, flight attendants and ground crew for a plane that carries three times more passengers and earns more revenue?” said Jim Hetzel, director of product marketing at Cirium.

At some regional airports, airlines are keeping their footprint but reducing its size. Alaska Airlines cut flights to Walla Walla, Washington, to one per day, from three. The current midday departure gets passengers into the Seattle hub too late to make some connections they used to be able to catch.

Airline representatives recently visited Walla Walla to meet with businesses and flyers to understand their schedule needs better. “Some liked the early departure and others liked the midday,” said Catlin. So while the airline doesn’t plan to add additional flights, “we may change the schedule to fly at different times on different days,” he said.

The situation is likely to worsen over the next couple of years, said Brad DiFiore, managing director at Ailevon Pacific Aviation Consulting, which helps airlines and airports analyze routes and other business operations, in an email: “Smaller communities are just now starting to realize what is coming down the road.”

The flight reductions are eroding passengers’ ability to connect to other places, wrote Black of the Regional Airline Association.

Fewer flights means less competition and that can translate to higher fares, said Gregory Samson, general manager of CheapAir.com, a ticket-buying website. The company found the largest price increases for airline tickets in 2022 were in smaller markets.

In Ithaca, ticket prices follow the school calendar, and this year are running as high as $1,349 one way from Ithaca to Seattle for winter break. “It used to be less than a thousand,” Wessels said. Passengers who would perhaps have flown from nearby regional airports in Rochester or Syracuse are finding fare increases of about 25% over last year.

The rising fares “run the risk of triggering a spiral” where higher ticket prices depress demand and hasten service cutbacks, said Catlin. A market may have made sense at a certain fare, he said, “but if you have to raise prices, it may not make sense to fly there.”

Even when airports are served by multiple airlines, “when you drill down into the route level there may be only one choice,” said Samson, and offered the example of Flint. Allegiant Airlines, American and United all fly into the airport there, but American and United fly only between Flint and Chicago. Allegiant flies to 10 destinations, and while travelers can find other choices and lower fares at larger airports, “they may have to drive a few hours” to do so, he said.

No Flights At All

The exits have left a handful of airports, like the one in Dubuque, entirely or almost entirely without commercial passenger service. The federal government’s Essential Air Services Program subsidizes airlines to ensure service to about 100 communities, but Dubuque is not on that list.

Todd Dalsing, Dubuque Regional Airport’s director, said American Airlines had been varying the timing of its scheduled flights to Chicago, its single destination from Dubuque, over the past two years. On Sept. 7, the flights stopped completely. “We are working hard to restore sustainable commercial service,” said Dalsing. This month, Avelo Airlines, a new low-cost startup, announced it would run two flights a week between Dubuque and Orlando, Florida, beginning in January.

In the meantime, the 100,000 people in Dubuque County need to drive 70 miles to the Cedar Rapids Airport or three hours to Chicago O’Hare International Airport to fly anywhere else.

There is some activity mitigating the cuts. Avelo and Breeze Airways, another low-cost startup, for example, are expanding. The companies fly larger newer jets, so they can profitably serve some of the cities that regional carriers cannot, said Lukas Johnson, chief commercial officer of Breeze. The company has begun serving about 30 cities since launching in 2021. Avelo also flies to about 30 destinations. Frontier Airlines has added new routes to its roster this fall, too, some to smaller airports.

Local economies feel the effects of the reductions. Molly Grover, president of the Dubuque Area Chamber of Commerce, said the loss of air service “is of tremendous concern and a huge challenge,” because it makes it harder for companies to meet with business partners, to transport their staff and to attract investment and employees. “Companies need efficient, convenient, reliable commercial air service to succeed and grow,” she said. “A 21st-century company expects air service.”

“Time is a precious commodity,” said Grover. “The time spent to get to an airport much farther away is a resource you can’t get back.”

Guinness alert: Meet the man with the longest tongue in the world