Western diplomats previously indicated they hoped to have a breakthrough by now, but tough issues remain unresolved. Iran has rejected any deadline imposed by Western powers. 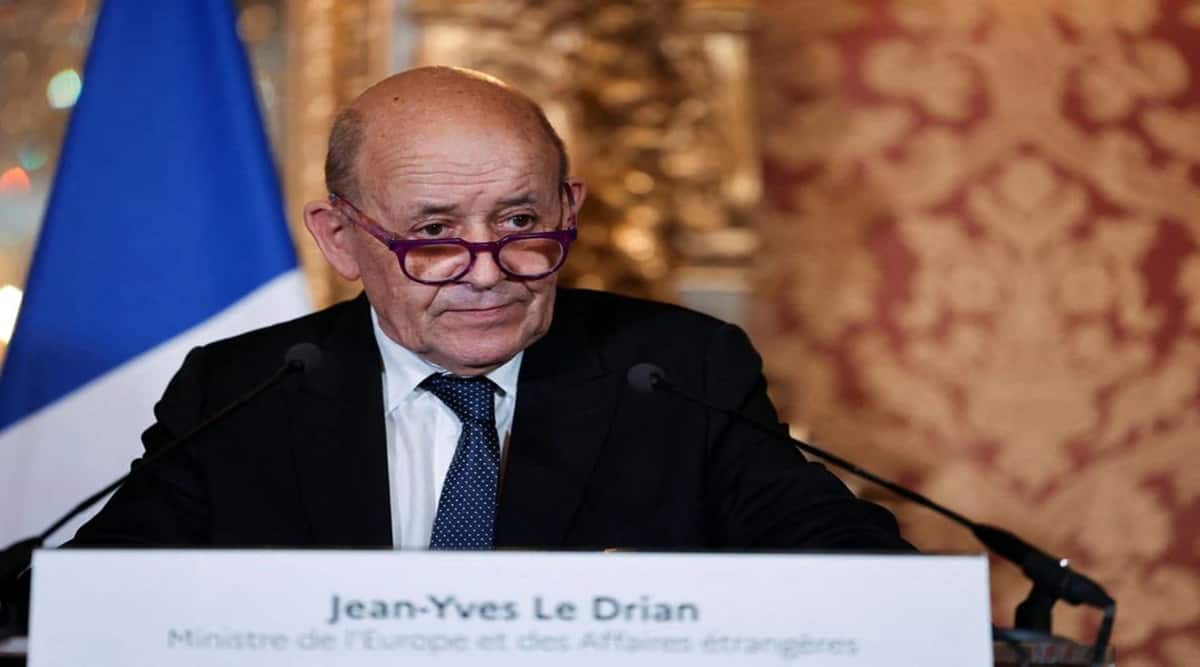 France on Wednesday said a decision on salvaging Iran’s 2015 nuclear deal with world powers was just days away and that it was now up to Tehran to make the political choice while Tehran called on Western powers to be “realistic.”

Indirect talks between Iran and the United States on reviving the tattered agreement resumed last week after a 10-day hiatus and officials from the other parties to the accord — Britain, China, France, Germany and Russia — have shuttled between the two sides as they seek to close gaps.

Western diplomats previously indicated they hoped to have a breakthrough by now, but tough issues remain unresolved. Iran has rejected any deadline imposed by Western powers.

“We have reached tipping point now. It’s not a matter of weeks; it’s a matter of days,” French Foreign Minister Jean-Yves Le Drian told parliament, adding that the Western powers, Russia and China were in accord on the outlines of the accord.

“Political decisions are needed from the Iranians. Either they trigger a serious crisis in the coming days, or they accept the agreement which respects the interests of all parties.”

Iran’s lead nuclear negotiator Ali Bagheri Kani responded in a tweet, calling on Western powers “to be realistic, avoid intransigence and heed lessons of past 4yrs. Time for their serious decisions.” read more

“After weeks of intensive talks, we are closer than ever to an agreement; nothing is agreed until everything is agreed, though,” he tweeted.

Several other sources tracking the talks said that the next couple of days would be crucial in determining whether there was a way to revive the agreement.

The pact began to unravel in 2018 when then-President Donald Trump withdrew the United States and reimposed broad economic sanctions on Iran, which prompted Tehran to breach the deal’s limits on its uranium enrichment activity a year later.

Diplomats and analysts say the longer Iran remains outside the deal, the more nuclear expertise it will gain, shortening the time it might need to race to build a bomb if it chose to, thereby vitiating the accord’s original purpose. Tehran denies it has ever sought to develop nuclear arms.

Western diplomats say they are now in the final phase of the talks and believe that a deal is within reach.

“We are coming to the moment of truth. If we want Iran to respect its (nuclear) nonproliferation commitments and in exchange for the United States to lift sanctions, there has to be something left to do it,” Le Drian said.

Iran’s foreign ministry said on Monday it was “in a hurry” to strike a new deal as long as its national interests were protected and that restoring the pact required “political decisions by the West”. read more

Ali Shamkhani, hard-line secretary of Iran’s Supreme National Security Council, underlined Iranian wariness by saying on Wednesday that the 2015 accord had become economically worthless for Iran and he blamed the United States and European powers.

“The United States and Europe failed to meet their obligations under the (deal). The deal has now become an empty shell for Iran in the economic sphere and the lifting of sanctions. There will be no negotiations beyond the nuclear deal with a non-compliant America and a passive Europe,” he tweeted.

China’s envoy to the talks said on Wednesday that Iran was being constructive by putting everything on the table in response to U.S. approaches. “They have not only adopted this straightforward approach but also made a political decision based on give and take,” Wang Qun told Reuters.

Bones of contention remain Iran’s demand for a U.S. guarantee of no more sanctions or other punitive steps in future, and how and when to restore verifiable restrictions on Tehran’s nuclear activity.

The agreement curbed Iran’s enrichment of uranium to make it harder for Tehran to develop material for nuclear weapons, in return for a lifting of international sanctions.

The Islamic Republic has since rebuilt stockpiles of enriched uranium, refining it to higher fissile purity, close to weapons-grade, and installed advanced centrifuges to speed up enrichment. Tehran has long denied seeking a nuclear bomb.