Cuba plane crash HIGHLIGHTS: The plane with 105 passengers,  including five children and nine crew members, which was travelling from Havana to Holguin, came down shortly after takeoff. Forensic investigators and Ministry of Interior officers sift through remains of a Boeing 737 that plummeted into a yuca field with more than 100 passengers on board, in Havana, Cuba, Friday, May 18, 2018. (AP Photo/Ramon Espinosa)

More than 100 people were killed after Boeing 737, a domestic passenger plane, crashed on Friday. The plane with 105 passengers,  including five children and nine crew members, was travelling from Havana to Holguin when it came down shortly after takeoff. Cuban president Miguel Diaz-Canel said there were three survivors, all women, who are at present in critical condition, reported news agency Reuters. Rescue operations are underway at the site; the fire has been put out and authorities are trying to identify the bodies.

Boeing, in a statement, said it was apprised of the crash and was closely monitoring the situation. According to flight tracker, the aircraft was CU972, which departed from Havana at 11 am local time.

Authorities are still trying to ascertain the cause of the crash.

A plane carrying 105 people crashed after taking off from Havana. Track the latest news here.

Relatives of those aboard were ushered into a private area at the terminal to await word on their loved ones. "My daughter is 24, my God, she's only 24!" Beatriz Pantoja, whose daughter Leticia was on the plane, cried, AP reported.

"The only thing we heard, when we were checking in, an explosion, the lights went out in the airport and we looked out and saw black smoke rising and they told us a plane had crashed,'' Argentine tourist Brian Horanbuena told AP.

The Mexican transport department said on its website, "During take-off (the plane) apparently suffered a problem and dived to the ground."

Cuba declared an official period of mourning from 6 am on May 19 to 12 pm on May 20, during which the flag would be flown at half-mast outside state and military institutions. Relatives of passengers who were killed at the plane crash at Franck Pais airport in Holguin on Friday. (Reuters) A rescue team member works at the wreckage of the Boeing 737 plane that crashed in the agricultural area of Boyeros. (Reuters)

Expressing its condolences to the families of the deceased, the airlines released a statement which said, "Boeing extends our deepest condolences to the families and friends of those on board Flight 972 operated by Global Aerolineas Damojh on behalf of Cubana de Aviacion. Boeing also extends our best wishes for the recovery of those who were injured."

Boeing extends our deepest condolences to the families and friends of those on board Flight 972 operated by Global Aerolineas Damojh on behalf of Cubana de Aviacion. Boeing also extends our best wishes for the recovery of those who were injured. https://t.co/cUbFSsODk0 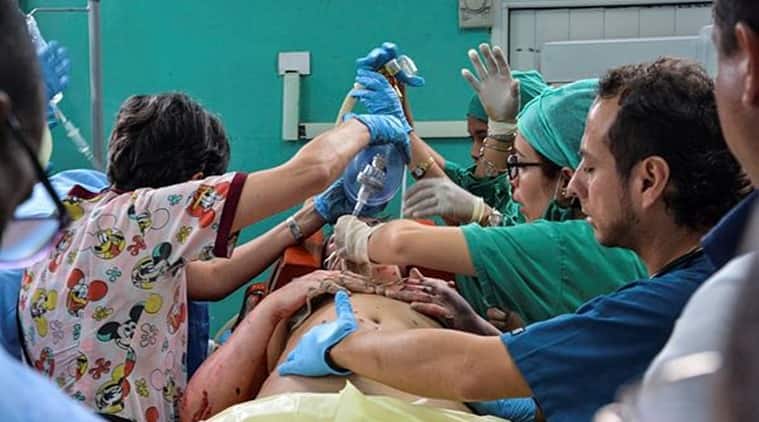 A survivor receives medical care in a hospital on Friday. (Reuters)

Syrian toddler survives quake, but mother and siblings perish
Nepal aircraft that crashed had no thrust motion in engines before landin...
Deadly earthquake ravages Turkey, Syria — Key developments
‘I’m lucky’, says Salman Rushdie on surviving ‘colossal...
China accuses US of indiscriminate use of force over balloon
More from World >>
Argentina is 'deeply shaken' by the deaths

Argentina's Foreign Ministry confirmed that two of the South American nation's citizens died in Friday's crash. A statement released by the ministry stated that Argentina is 'deeply shaken' by the deaths.

The crew on the flight has been identified — Captain Jorge Luis Nunez Santos, first officer Miguel Angel Arreola Ramirez and flight attendants Maria Daniela Rios, Abigail Hernandez Garcia and Beatriz Limon. None of them were Cuban.

Majority of passengers were Cubans

While the reason for the crash remains unclear, it is being reported that the aircraft was slightly older than the other ones in service. The Boeing 737-201 aircraft was built in 1979, reports Reuters, and leased by Cuban airline Cubana from a small Mexican firm called Damojh.

The Cuban Embassy in the United States has released the following statement: "At 12:08 pm today, a Boeing 737-200, leased by Cubana de Aviación, with a contracted foreign crew and 104 passengers aboard, traveling from Havana to Holguín on flight DMJ 0972, fell to the ground as it was taking off, in an area between José Martí International Airport and the town of Santiago de Las Vegas. Search and rescue teams are at the site. More information will be forthcoming on the unfortunate accident."

Watch: The moment the plane went up in flames

This photographer has managed to film the exact moment when the plane went up in flames. So scary!

In case you're just joining us, here's a quick 30-second video to fill you in.

A plane carrying 113 people crashed in Cuba this morning. The number of fatalities is unknown. pic.twitter.com/WQAcFd5lgQ

Here are some images we're getting from site

It's a bit unclear how many people were on board the Boeing aircraft. There are reports with different numbers at this moment. We'll get you more information shortly. 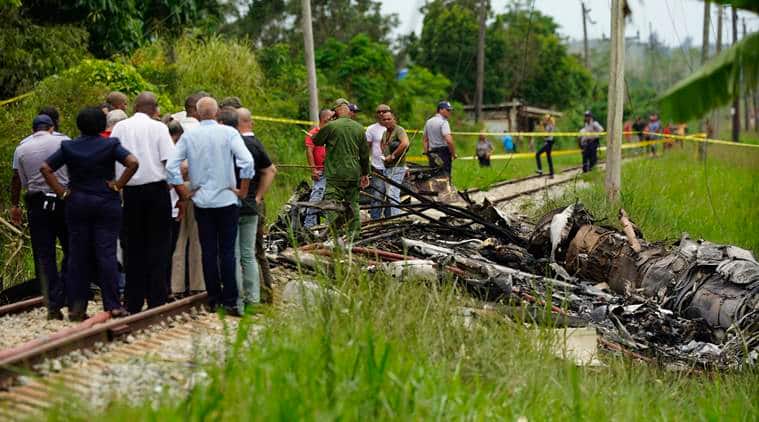 Nationalities of those on board unclear

The plane was heading to Holguin, which is a tourist destination. The region is known to have some of the most pristine beaches on the island. However, the nationalities of those on board remain unclear at this moment. According to local reports, there were probably several foreigners on board. We'll keep you updated as soon as we know more.

Boeing, in a statement, says, "We are aware of news reports out of Cuba and are closely monitoring the situation."

We are aware of news reports out of Cuba and are closely monitoring the situation.

Bodies are being identified, says President

Cuban President Miguel Diaz-Canel has released a statement saying there are three survivors, who are in critical condition. He adds that the fire from the crash has been put out by rescuers, who are now trying to identify the bodies. He said investigators are on the scene to ascertain the cause of the crash.

"There is a high number of people who appear to have died," Cuban President Miguel Diaz-Canel said from the scene, reports Reuters. "Things have been organized, the fire has been put out, and the remains are being identified." 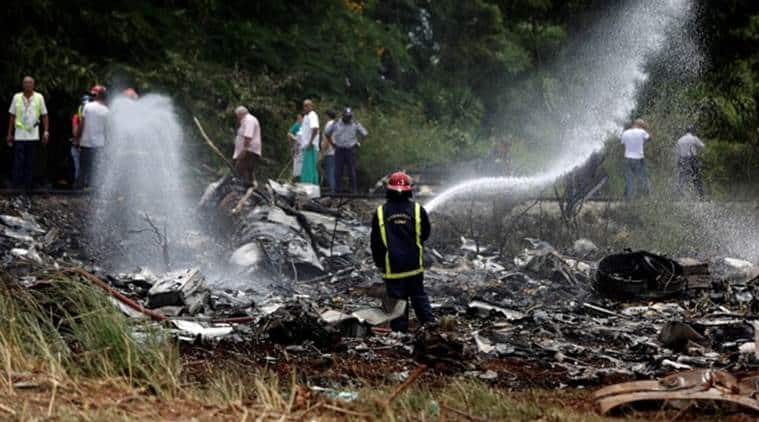 The cause for the crash is still unknown. However, according to witnesses, the wreckage has been strewn across the area, and blackened parts of the fuselage are visible, reported Reuters. The plane, which took off from Havana, was heading to Holguin in eastern Cuba. It crashed 20 kilometres south of Havana.

A firefighter works in the wreckage of a Boeing 737 plane that crashed in the agricultural area of Boyeros, around 20 km (12 miles) south of Havana, shortly after taking off from Havana's main airport in Cuba, May 18, 2018. REUTERS/Alexandre Meneghini

At least 100 people were killed after a plane crashed in Cuba on Friday, local media reported. A Boeing 737 domestic passenger plane, ferrying 105 passengers including five children and nine crew members from Havana to Holguin, came down shortly after takeoff. Cuban president Miguel Diaz-Canel said there are three survivors, all women, who are in critical condition, reported news agency Reuters. Rescue operations are underway at the site; the fire has been put out and authorities are trying to identify the bodies.