Global Coronavirus Updates: Over 10 million people have recovered from the infection till now. 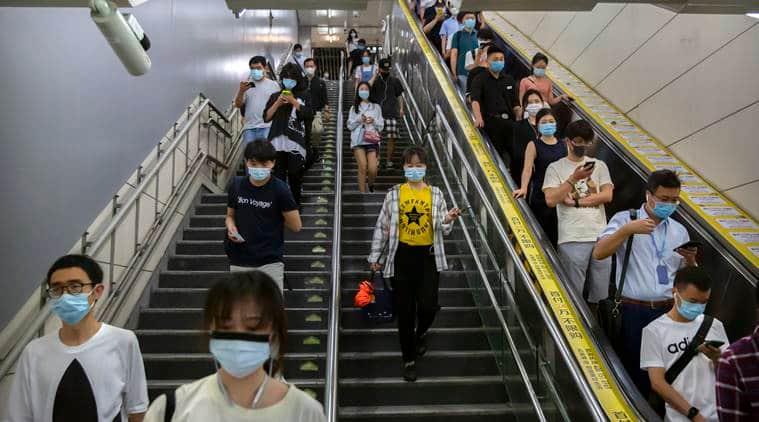 Latin America became the world’s worst-hit region in terms of Covid-19 cases after surpassing the 5 million mark Monday. North America sits at the second spot with 4.8 million cases followed by Europe and Asia that have registered about 3 million cases each.

Meanwhile, UN Secretary General Antonio Guterres said that the world is facing a “generational catastrophe” affecting over 1 billion students due to school closures amid the coronavirus pandemic. Getting students back to classrooms safely should become a “top priority”.

Here are the top developments from across the world:

French President Emmanuel Macron announced that home caregivers who helped the elderly and people with disabilities during the pandemic will receive a bonus of up to 1,000 euros (USD 1,175) by the end of the year.

During a visit to the French southern city of Toulon on Tuesday, Macron paid tribute to about 320,000 caregivers who provided essential at-home services to 1.1 million people in the country. He says the bonus will be financed by a 160-million euros package from the state and local authorities.

The French government had previously announced a bonus of up to 1,500 euros (USD 1,760) for healthcare staff in hospitals and nursing homes working in areas most impacted by the virus.

The Asian Development Bank announced Tuesday it will provide a USD 1.5 billion loan to Thailand to aid its response to the coronavirus pandemic.

Thailand’s Cabinet approved the borrowing plan at its weekly meeting, deputy government spokeswoman Ratchada Thanadirek announced separately. The loan agreement is expected to be signed by representatives of the multilateral bank and Thailand’s Finance Ministry by the end of this month.

The loan is being provided under the ADB’s COVID-19 Active Response and Expenditure Support Program. “It will help restore growth and set the stage for targeted private sector operations by ADB to support the government’s post-COVID-19 recovery, including priority areas such as infrastructure, trade, and supply chain finance,” the bank said in a statement.

The impact of the second lockdown across Melbourne City could result in almost 250,000 job losses, Victorian premier Daniel Andrews has said as he announced new restrictions to contain the spread of the coronavirus outbreak in the country’s second largest state.

Andrews on Monday announced shutting up thousands of businesses in the city as of Thursday under the tougher measures to enforce the stage 4 lockdown for the next six weeks period. Under the latest restrictions in Melbourne, hairdressers, call centres and many retail businesses will have to shut down while only supermarkets, food stores, liquor shops, petrol stations, pharmacies, convenience stores, newsagents, post offices and outlets selling disability and maternity supplies are allowed to remain open.

“Unless we have literally hundreds of thousands of people at home and not going to work � then we will not pull this virus up, we will not see those numbers reduce,” Andrews said.

Scientists in the US have found a potential therapeutic treatment for SARS-CoV-2, the virus that causes COVID-19, and other coronaviruses. Pathogenic coronaviruses are a major threat to global public health, as shown by the SARS-CoV, MERS-CoV, and the newly emerged SARS-CoV-2.

The study, published in the journal Science Translational Medicine, has found that small molecule protease inhibitors show potency against human coronaviruses. These coronavirus 3C-like proteases, known as 3CLpro, are strong therapeutic targets because they play vital roles in coronavirus replication, the researchers said.

“Vaccine developments and treatments are the biggest targets in COVID-19 research, and treatment is really key,” said Kyeong-Ok Chang, a professor at Kansas State University in the US. “This paper describes protease inhibitors targeting coronavirus 3CLpro, which is a well-known therapeutic target,” Chang said.

The study demonstrates that this series of optimised coronavirus 3CLpro inhibitors blocked replication of the human coronaviruses MERS-CoV and SARS-CoV-2 in cultured cells and in a mouse model for MERS, the researchers said.

A resident of a Paris suburb says he was beaten with baseball bats because he asked a fellow laundromat patron to wear a face mask – a requirement in all indoor public places in France to fight resurgent coronavirus infections.

Surveillance video of the attack published Tuesday by Le Parisien newspaper shows two people with bats and two others attacking a masked man inside the laundry facility then fleeing, leaving him face down on the floor.

The victim, identified only as Augustin, told BFM television that he was beaten because he had asked one of the attackers to don a mask when he entered the laundromat in the town of Soisy-sous-Montmorency north of Paris.

“I had a mask, I asked this person to put on his mask,” Augustin said. “He acted as if he didn’t hear, I insisted. He called his brother or his cousin or someone he knew who was outside … they were threatening, insulting.” Minutes later he saw two people enter with baseball bats. “I received blows on my back, on my temple, on my skull.” Le Parisien reported that he filed a police complaint. The identities of the attackers are unclear.

The World Health Organization said Monday an advance team looking into the origins of the Covid-19 outbreak has concluded its mission in China, and the U.N. health agency is preparing the deployment of a larger group of experts to the suspected outbreak zone.

WHO Director-General Tedros Adhanom Ghebreyesus said the “international team” will deploy to Wuhan, the city where the pandemic is believed to have erupted late last year. Tedros said “terms of reference” have been drawn up by the WHO and China, but he did not specify.

“The WHO advance team that traveled to China has now concluded their mission to lay the groundwork for further joint efforts to identify the virus’ origins,” he told a news conference. “Epidemiological studies will begin in Wuhan to identify the potential source of infection of the early cases.”

He said “evidence and hypothesis” generated from the work would “lay the ground for further, longer-term studies.”

The number of passengers on a Norwegian cruise ship who have tested positive for the coronavirus has reached 43, authorities said Tuesday. The outbreak on the MS Roald Amundsen raised new questions about safety on cruise ships during the pandemic even as the industry is pressing to resume sailings after shutting down in March.

The ship’s owner on Monday halted all trips and Norway closed its ports to cruise ships for two weeks. The city of Trondheim reported the two new cases – a man in his 70s with light symptoms and a child under age 10 with no symptoms – saying both had been passengers on the ship. They were not identified. A third passenger will be tested Tuesday, the city said.

Trondheim sits about halfway to Tromsoe, north of the Arctic Circle, where the empty ship is docked.

The Latin American region surpassed 5 million coronavirus cases on Monday making it the hardest hit region for the pandemic in the world. The coronavirus was initially slower to reach Latin America than much of the world. But health experts say that the region that has a population of about 640 million has been hard to control the virus due to the region’s poverty and densely packed cities.

The region has now topped 200,000 deaths with toll rapidly rising in Brazil and Mexico, the countries that have the highest death toll in the world after the United States. Brazilian President Jair Bolsonaro’s chief of staff, Army General Walter Souza Braga Netto, has tested positive for COVID-19 and is currently under isolation, his office said on Monday. Netto is the seventh Brazilian minister to have contracted the disease till now.

Last week, Brazil’s first lady and one of his ministers tested positive for COVID-19. Bolsonaro also contracted the disease but his latest test showed he was no longer infected. A passenger wearing a mask for protection against the coronavirus disease (COVID-19) boards the jeepney, while another sprays disinfectant on her seat, in Quezon City, Metro Manila, Philippines, July 3, 2020. REUTERS/Eloisa Lopez

A fresh lockdown has been imposed in the Philippines capital Manila and outlying provinces for two weeks. Public transport stayed stagnant and public travel has been restricted following the lockdown.

The lockdown is milder than the first one imposed in which most people were confined to their homes for months, but is more severe than the quarantine restrictions the capital had been under recently.

Businesses previously allowed to partly reopen including barber shops gyms dine in restaurants and tourist destinations will again be closed. Over 106,000 people have been infected including more than 2,100 who have died Mainland China and Hong kong on Tuesday reported fewer cases after newer strict measures were implemented to contain the spread of new infections and new hotspots.

Mainland China announced 36 new cases across the country, down from 43 the previous day, while Hong Kong reported 78 new cases over the previous 24 hours. This is the first time in almost two weeks that new cases have fallen into double digits in Hong Kong.

US teachers protests reopening schools in some states

Teachers at dozens of school districts protested from their cars on Monday over plans by some governors to reopen schools amid the ongoing pandemic. The protests come as Arizona, Florida, California and Texas saw declines in new cases.

The teachers demanded the continuation of education online to avoid the health risks associated with the virus and to maintain safety for students.

More than 155,000 people have died nationwide from COVID-19 in the US and new cases nationally fell for a second week in a row but rose week-over-week in 20 states, including in Missouri, Montana and Oklahoma.