Coronavirus coming from India ‘more lethal’ than those from China, Italy: Nepal PM 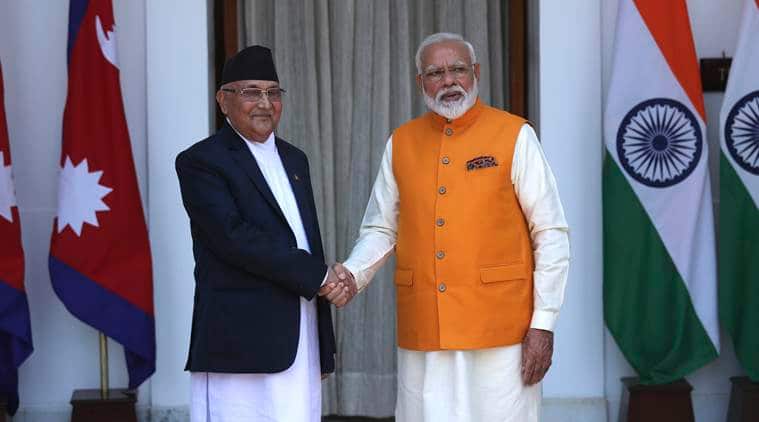 Speaking about the COVID-19 pandemic in Parliament on Tuesday, Oli said it has become very difficult for Nepal to contain the spread of the deadly virus due to the flow of people from outside.

“Many coronavirus infected patients have entered into Nepal. The virus came from outside, as we did not have here before. We could not stop infiltration of people from outside the border,” he said.

“The coronavirus coming from India are more lethal than those from China and Italy,” he said. “Those who are coming from India through illegal channels are spreading the virus in the country and some local representatives and party leaders are responsible for bringing in people from India without proper testing,” Oli was quoted as saying by the Kathmandu Post.

Oli’s remarks came amid Nepal’s border row with India after the construction of a key road connecting the Lipulekh pass with Dharchula in Uttarakhand.

He said the Nepal government has been following precautionary measures since early time to stop the spread of the virus. “It is the main priority of the government to make the country free from coronavirus,” he said.

There were reports of hundreds of people entering the country daily through different border points despite the deployment of security personnel at all major entry points along the Nepal-India border to check cross-border movement of people during the lockdown.

Earlier this month, Prime Minister Oli had instructed authorities to intensify the vigil along the country’s southern border with India due to a sudden spike in the number of coronavirus patients and directed the officials to properly manage the lockdown. The nationwide lockdown imposed to contain the spread of the coronavirus has been extended until June 2.

The coronavirus cases in Nepal on Wednesday rose to 427 after 25 new infection cases were confirmed, the Health Ministry said. Two persons, a man and a woman, have died due to COVID-19 in the country so far.

Prime Minister Oli on Tuesday asserted that Lipulekh, Kalapani and Limpiyadhura belong to Nepal and vowed to “reclaim” them from India through political and diplomatic efforts, as his Cabinet endorsed a new political map showing the three areas as Nepalese territory.

Addressing Parliament, Oli said the territories belong to Nepal “but India has made it a disputed area by keeping its Army there.” “Nepalis were blocked from going there after India stationed its Army,” he said.

The Lipulekh pass is a far western point near Kalapani, a disputed border area between Nepal and India. Both India and Nepal claim Kalapani as an integral part of their territory – India as part of Uttarakhand’s Pithoragarh district and Nepal as part of Dharchula district.

India has said that the recently-inaugurated road section in Pithoragarh district in Uttarakhand lies completely within its territory. Indian Army chief Gen MM Naravane last week said that there were reasons to believe that Nepal objected to India’s newly-inaugurated road linking Lipulekh Pass with Dharchula in Uttarakhand at the behest of “someone else”, in an apparent reference to a possible role by China on the matter.

He said there was no dispute whatsoever between India and Nepal in the area and road laid was very much within the Indian side.