Taiwan has staged its gay pride rally, 200 days free of local coronavirus infections. Some 130,000 celebrated the island nation’s vanguard role on same-sex in Asia, but this year's turnout was smaller. 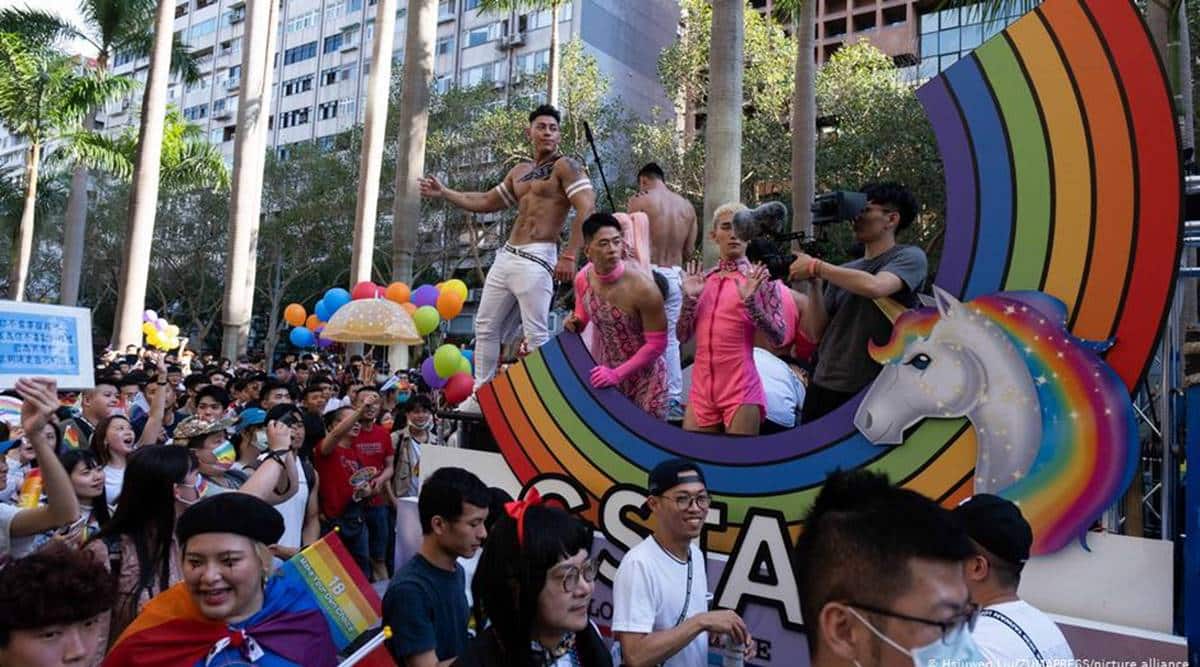 The mingling went ahead after 200 days in a row without a single recorded local infection, thanks to Taiwan’s early 2020 response that saw arrivals from rival China and other origins tested and quarantined, limiting Taiwan’s toll to 7 deaths.

Drag queen Qu Po-sung wore a red banquet dress at Saturday’s parade and vowed to attend “all of my friends’ weddings as the rally wound through Taipei, which next year is due to host Asia’s Gay Games.

Since Taiwan legalized same-sex marriages in May 2019, more than 4,000 couples have registered nuptials, including two women military officers married Friday.

One restriction is that a foreign partner must come from a country with gay law. And, on same-sex parenting, Taiwanese remains divided.

Taiwan, though, is seen as the vanguard of a burgeoning movement in Asia for LGBT (lesbian, gay, bisexual and transvestite) rights.

“That makes us proud,” added Chen Wei-chun, a bank employee. “Taiwan has done a fantastic job at both equality and pandemic control.”

Six IPL teams in race for three play-off spots: Who has to do what to qualify