‘Climbdown’ for Britain over European Union court role after Brexit

Europan Court of Justice could still wield substantial influence on Britain even after Britain makes an exit from the Europen Union. 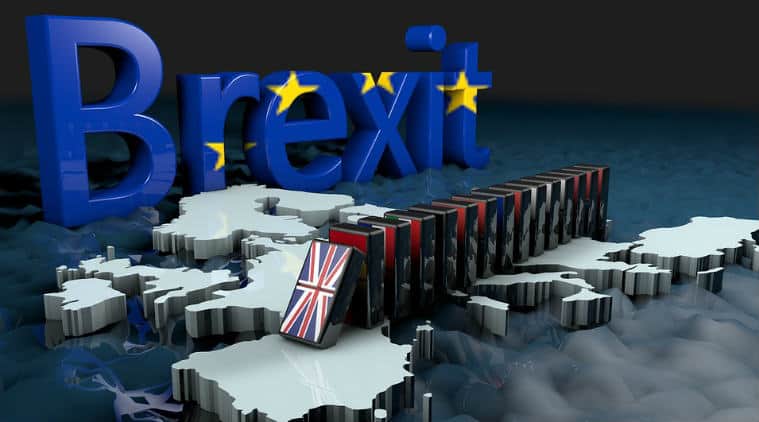 The influence of the ECJ in Britain was a major bone of contention in last year’s EU referendum campaign, in which supporters of a “Leave” vote had argued in favour of complete judicial sovereignty for Britain.

The European Court of Justice could still wield influence in Britain even after Brexit through joint rulings with British officials, the government said today, in what critics called a “climbdown”. The proposals outlined also left open the possibility of the ECJ having jurisdiction during any transition periods agreed for after Britain leaves the bloc and before a new UK-EU partnership comes into force.

Opposition lawmakers said the negotiating position was a reversal from the complete break previously advocated by Prime Minister Theresa May, who had said she would “bring an end to the jurisdiction of the European Court of Justice in Britain.” The influence of the ECJ in Britain was a major bone of contention in last year’s EU referendum campaign, in which supporters of a “Leave” vote had argued in favour of complete judicial sovereignty for Britain.

The government paper published Wednesday said that only the ECJ’s “direct jurisdiction” would end. “It is not necessary or appropriate for the CJEU (Court of Justice of the European Union) to have direct jurisdiction over a non-member state… Such an arrangement would be unprecedented,” the Department for Exiting the EU said.

Britain said there were “existing ways of resolving disputes in international agreements, without the CJEU having direct jurisdiction”. It outlined several precedents such as joint political committees and arbitration courts already used by the EU to enforce international agreements with third countries, and said similar mechanisms could be used for Britain after Brexit.

Even the modified proposals are likely to prove a source of dispute with the EU, which has argued for direct ECJ jurisdiction for example in cases involving European citizens living in Britain. But the perception among government critics in Britain was of a softening of its position.

Pro-EU opposition Labour MP Chuka Umunna said the “sudden shifting of the goalposts to ending only the ‘direct’ jurisdiction of the ECJ suggests they are paving the way for some sort of climbdown”. Vince Cable, leader of the Liberal Democrats, the most vocal pro-EU opposition party in parliament, said the proposals were a “sensible and long overdue climbdown”.

“The government seems to have belatedly accepted it won’t be possible to end the EU court’s influence in the UK without damaging our free trade and security cooperation,” he said in a statement. Junior justice minister Dominic Raab defended the government’s position, saying it was “absolutely and wholesale wrong” to suggest that Britain would still have to respect the rulings of the ECJ.

“UK gov wants to keep “half an eye” on ECJ ruling. EP (European Parliament) thinks ECJ must keep both eyes open to protect #citizenrights,” he wrote on Twitter. Former attorney general Dominic Grieve told the BBC: “The idea that we are somehow going to wholly escape the influence of the European Court of Justice on our lives in this country is, I’m afraid, pie in the sky”.

“It’s going to continue in many areas to have a very profound influence, but of course the difference is going to be that we will no longer have any direct influence into the formation of that EU jurisprudence because we ourselves will no longer be appearing in front of the ECJ as an EU member,” he said. (AFP)

The Hungry trailer: Naseeruddin Shah and Tisca Chopra’s film will leave you confused and intrigued