However, this was just the first step as it might be several years before money actually begins to flow in to compensate poorer countries for the damages they suffer due to climate disasters. 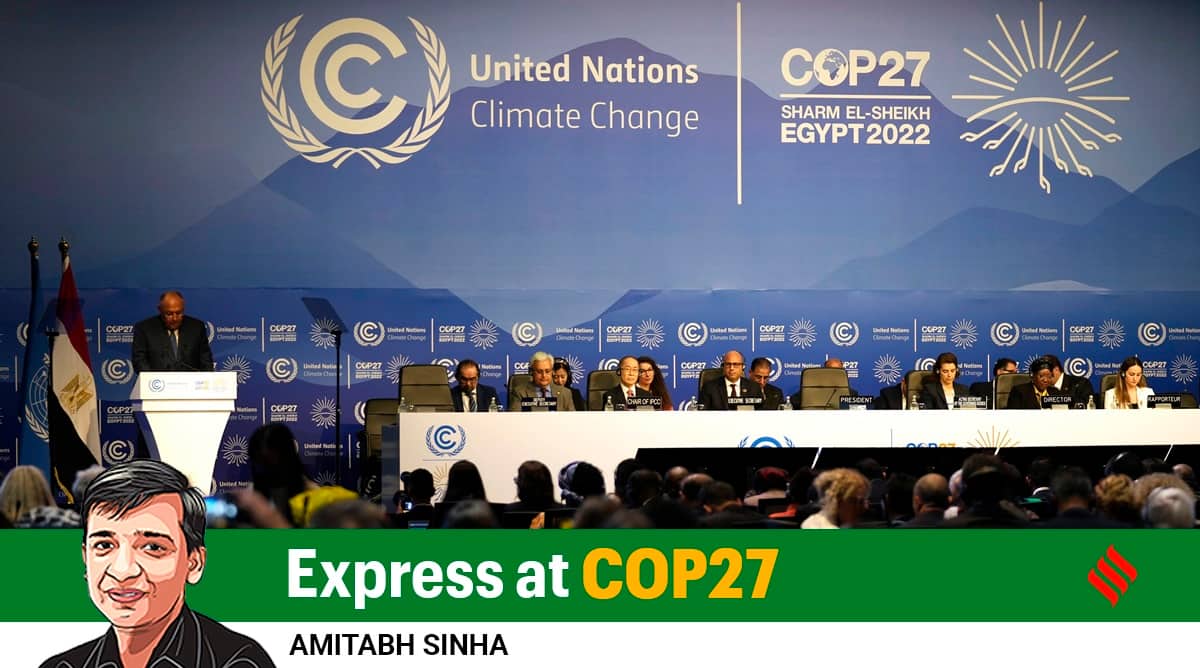 Sameh Shoukry, president of the COP27 climate summit, speaks during the opening session of the summit on Sunday. (Photo: AP)

By including loss and damage into its formal agenda for the first time, the COP27 climate meeting in Sharm el-Shaikh made a promising start on Sunday.

However, this was just the first step as it might be several years before money actually begins to flow in to compensate poorer countries for the damages they suffer due to climate disasters. Also, past record suggests that the quantum of money put on the table for climate change purposes is never commensurate to the requirements.

However, it is still a good beginning as poorer and vulnerable countries have, for decades now, been asking for loss and damage finance, arguing that they face the worst impacts of climate change when their own contribution to global warming is negligible. Their problem was acknowledged — it is clearly visible to all — but the demand for compensation was considered too impractical, because of the difficulties in assessing the contribution of climate change in any extreme weather event as well as the magnitude of the finances required to service these compensation claims.

Sustained pressure by the entire developing world, climate activists and NGOs, had forced the COP18 meeting in Durban to officially acknowledge the problem and agree to set up an institutional mechanism to look into it. Accordingly, the Warsaw International Mechanism on Loss and Damage (WIM) was created at the next COP in the Polish capital. But WIM was more about kicking the can down the road than any real intention to address the problem faced by the poor and vulnerable countries. The discussions under WIM were mainly about enhancing knowledge, strengthening dialogue, and building technical expertise. No money was on offer.

But even this toehold of opportunity was good enough for those who were determined to make it work. As Harjeet Singh, head of global political strategy at Climate Action Network International, and one of the tireless campaigners on loss and damage, says, the key was to develop frameworks that would not only do justice to the demands of the poor and vulnerable countries but would also be realistic enough for the developed world to support.

“One of the first challenges was to show that it was possible to establish the extent to which climate change had contributed to a natural disaster. Attribution science has made remarkable progress in the last few years. In most cases, science can tell us, with fair bit of certainty, whether an event was the cause of climate change, and to what extent. Our case has been tremendously strengthened by this. But even more difficult has been the effort to come up with a financial framework that would be just as well as practical,” Harjeet Singh said.

The problem is that compensation claims for disasters can easily spiral into billions, potentially trillions, of dollars. Economic losses suffered by Pakistan in the recent flooding has been estimated by the World Bank to be over $30 billion, and reconstruction was likely to cost at least $16 billion. A recent report by the UN Office for the Coordination of Humanitarian Efforts (UN OCHA), prepared for the UN General Assembly, said annual funding requests related to climate linked disasters averaged $15.5 billion in the three-year period between 2019 and 2021. The economic loss from cyclone Amphan in India and Bangladesh in 2020 has been assessed to be $15 billion. The report also said that the United States alone is estimated to have “inflicted more than $1.9 trillion in damages to other countries” due to its emissions. Then there are non-economic losses as well, including loss of lives, displacement and migration, health impacts, and cultural heritage.

Advertisement
Express Opinion |COP-27 begins: We must change the way we eat to address the climate crisis

Of course, not all losses can be put up for compensation claims under a loss and damage framework. Losses must be clearly established as having been caused by the follies of other countries. But even then, developed countries are extremely uncomfortable with a liability regime. They would not want to be held liable for the losses caused by a climate disaster even if they open up to the idea of providing some money to help the affected countries.

Money is in very short supply in any case. Developed countries are yet to fulfil their promise to mobilise US$ 100 billion every year from 2020 to help the developing nations fight climate change. And this US$ 100 billion was not even a result of any need assessment. It just seemed a good amount to offer, way back in 2009 when the then US Secretary of State Hillary Clinton first came up with the promise at the COP15 in Copenhagen. Current requirements are assessed to be an order of magnitude higher than that. And yet, even the promised amount has not been realised.

Loss and damage finance, if it becomes a reality, would need to be in addition to the existing finance flows. Considering the previous track record in which developed countries have not been able to deliver even the promised $100 billion — a relatively modest amount in this context — and the fact that many countries in the developed world are going through a severe economic downturn, it would be unrealistic to expect that these countries would have any appetite for sparing more money in the near future.

Still, the inclusion of loss and damage in the main agenda of COP27 is an important breakthrough. International climate negotiations has mostly delivered only incremental successes, whereas the impacts of climate change have been unfolding at an accelerating pace.

Amitabh Sinha is at Sharm El-sheikh reporting on COP27, his 10th consecutive year covering the event.