Oli and Bhandari also told the Chinese team that Nepal did not need any outside help to handle the crisis. 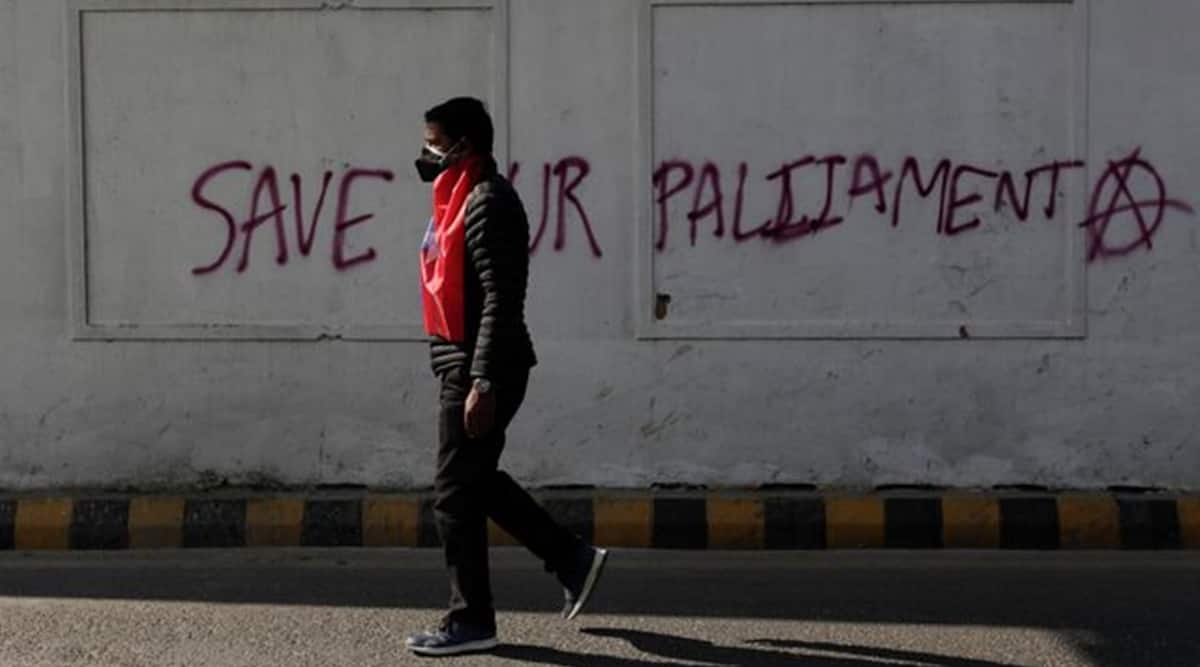 A protester affiliated with a faction of the ruling Nepal Communist Party walks past a graffiti reading “save our parliament” during a protest against the dissolution of parliament, in Kathmandu, Nepal December 29, 2020. (Reuters)

A four-member Chinese delegation led by Guo Yezhou, vice-minister of the International Department of the Communist Party of China, returned home from Kathmandu on Wednesday after its attempts to unite the divided Nepal Communist Party (NCP) in the wake of the dissolution of Parliament on Dec 20.

Over three days, the team had met Nepal President Bidhya Devi Bhandari, Prime Minister K P Sharma Oli, and rival NCP leaders Pushpa Kamal Dahal ‘Prachanda’ and Madhav Kumar Nepal in a bid to resolve the differences between the ruling party leaders. However, both NCP factions told the delegation that this would not be possible. Oli and Bhandari also told the Chinese team that Nepal did not need any outside help to handle the crisis.

The delegation then met two leaders from Opposition parties. Sher Bahadur Deuba of the Nepali Congress and Baburam Bhattarai of the Janata Samajbadi Dal were told that China was keen to work with all major parties in Nepal, in what is seen as a message to NCP leaders. The delegation also invited Deuba to China on the centenary celebrations of the foundation of the Communist Party of China.