The Pentagon report comes amid heightened tensions between the US and China over the issue of Taiwan. 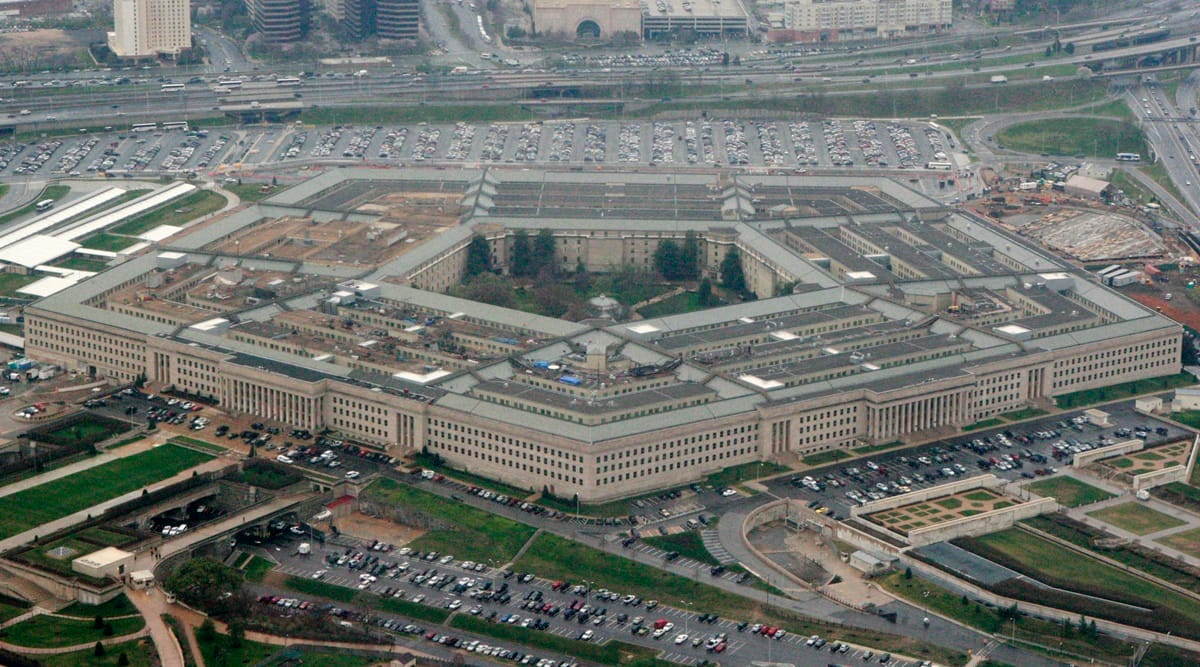 The Pentagon in Washington. (AP)

China has been taking “incremental and tactical actions” to press its claims at the Line of Actual Control (LAC) with India and has unsuccessfully sought to prevent New Delhi from deepening its relationship with the US during and subsequent to the standoff, the Pentagon has said in a major report on China’s military modernisation.

The Pentagon report comes amid heightened tensions between the US and China over the issue of Taiwan and was published hours after the most senior US general, Chairman of the Joint Chiefs of Staff Mark Milley issued a stark warning about China’s military progress. The Pentagon has repeatedly referred to China as the “pacing challenge” for the US.

“The PRC (People’s Republic of China) seeks to prevent border tensions from causing India to partner more closely with the United States. PRC officials have warned US officials to not interfere with the PRC’s relationship with India,” the Department of Defense told the US Congress on Wednesday.

The Pentagon regularly reports to the Congress on the India-Chinese military standoff in eastern Ladakh. The Department of Defense has categorically said China is indulging in aggressive and coercive behaviour with its neighbours, India in particular.

Chinese officials, through official statements and state media, had also sought unsuccessfully to prevent India from deepening its relationship with the United States during and subsequent to the standoff, while accusing India of being a mere “instrument” of US policy in the region, the Pentagon said.

Beginning in May 2020, the Chinese Army launched incursions into customarily Indian-controlled territory across the border and has concentrated troops at several standoff locations along the LAC, the Pentagon said.

The Pentagon said despite the ongoing diplomatic and military dialogues to reduce border tensions, China has continued “taking incremental and tactical actions” to press its claims at the LAC.

As of June 2021, China and India continue to maintain large-scale deployments along the LAC and make preparations to sustain these forces while disengagement negotiations have made limited progress, it said.

In addition, a substantial reserve force from the Tibet and Xinjiang Military Districts were deployed to the interior of Western China to provide a rapid response, the Pentagon report said.

The acute tensions and clashes along the border with India in 2020 resulted in significant PLA force buildup and establishment or enforcement of forward positions along the LAC. “These tensions likely provided the PLA with valuable real-world operational and tactical experience,” it said.

According to the report, at the height of the border standoff between China and India in 2020, the Chinese Army installed a fiber optic network in remote areas of the western Himalayas to provide faster communications and increased protection from foreign interception.

The PLA field commanders view near-real-time intelligence, surveillance, and reconnaissance and situational data as well as redundant and reliable communications as essential to streamlining decision making processes and shortening response timelines, it said.

The June 2020 skirmish in Galwan Valley, which led to the deaths of 20 Indian soldiers, marked the first loss of life on the LAC since 1975.

In 2020, China built a large 100-home civilian village inside disputed territory between the Chinese Tibet Autonomous Region and India’s Arunachal Pradesh state in the eastern sector of the LAC.

“These and other infrastructure development efforts along India-China have been a source of consternation in the Indian government and media,” the Pentagon said.

In contrast, China has attempted to blame India for provoking the standoff through India’s increased infrastructure development near the LAC, the report said.

Asserting that its deployments to the LAC were in response to Indian provocation, Beijing has refused to withdraw forces till India’s forces have withdrawn behind the Chinese version of the LAC and ceased infrastructure improvements in the area, the Pentagon said.

As the standoff continues, China has expressed its aim to prevent the standoff from worsening into a wider military conflict, the report said, adding that Beijing has voiced its intent to return bilateral relations with New Delhi to a state of economic and diplomatic cooperation it had perceived to be improving since the 2017 Doklam standoff.

The border standoff between the Indian and Chinese militaries erupted on May 5 last year following a violent clash in the Pangong lake areas and both sides gradually enhanced their deployment by rushing in tens of thousands of soldiers as well as heavy weaponry.

As a result of a series of military and diplomatic talks, the two sides completed the disengagement process in the Gogra area in August and in the north and south banks of the Pangong lake in February.

However, India and China failed to make any headway at their 13th round of military talks on October 10 in resolving the standoff in the remaining friction points in eastern Ladakh.

India has voiced hope that China will work with it to bring a satisfactory resolution to the current issues, keeping in view each other’s sensitivities and interests.