Xi, 69, has been reappointed as the General Secretary of the ruling Communist Party of China (CPC) and head of the Central Military Commission (CMC) -- the overall high command of the People's Liberation Army (PLA) for an unprecedented third five-year term by the party's once-in-a-five-year Congress here last month. 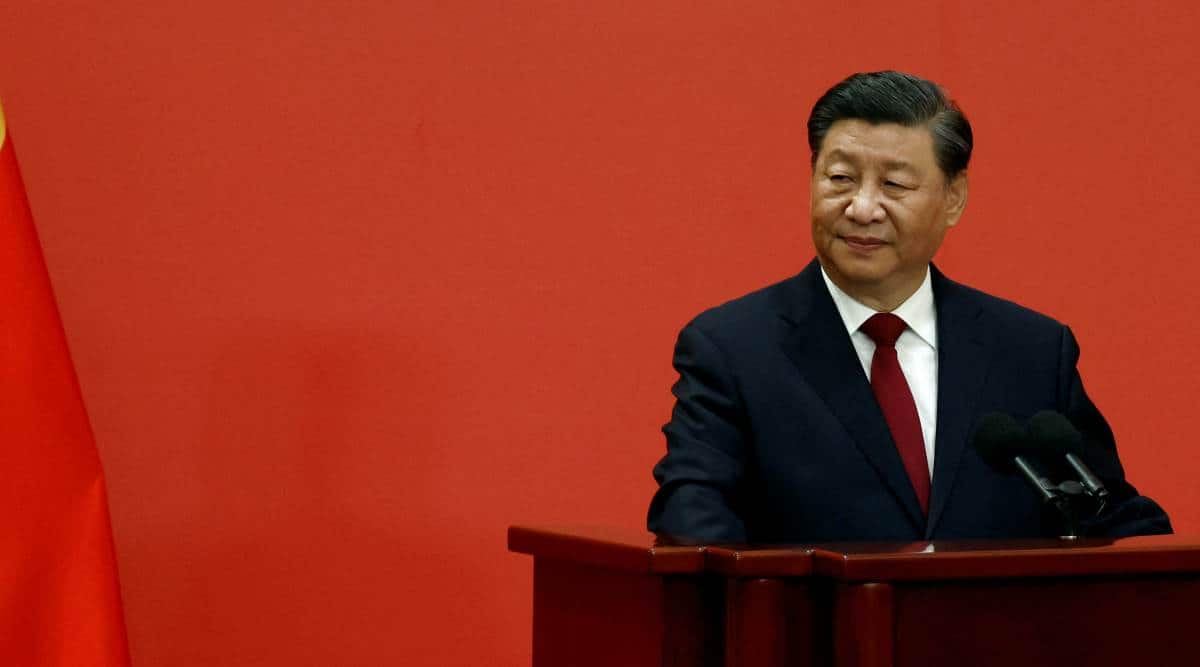 Chinese President Xi Jinping meets the media following the 20th National Congress of the Communist Party of China, at the Great Hall of the People in Beijing, China October 23, 2022. (Photo: REUTERS/File)

President Xi Jinping has said that China’s national security is facing increased instability and ordered the PLA to devote all its energies to enhancing capability and maintaining combat readiness to fight and win wars as he took charge of the military for a record third five-year term.

Xi, 69, has been reappointed as the General Secretary of the ruling Communist Party of China (CPC) and head of the Central Military Commission (CMC) — the overall high command of the People’s Liberation Army (PLA) for an unprecedented third five-year term by the party’s once-in-a-five-year Congress here last month.

Holding the three powerful posts of the head of the party, the military, and the Presidency, Xi is the only leader besides the party founder Mao Zedong to continue in power after completing 10-year tenure, while all his predecessors retired.

On Tuesday, Xi inspected the joint operations command centre of the CMC here which provides vital support to the strategic command of the CPC Central Committee and the CMC.

Upon arriving at the command centre, the Chinese leader was given a briefing, the official media reported.

In his first address to the two million-strong military — the largest in the world — as he kicked off his third term as head of the CMC, Xi said the world is undergoing more profound changes unseen in a century and stressed that China’s national security is facing increased instability and uncertainty, and its military tasks remain arduous.

He said the entire military should devote all its energy to carry out all its work for combat readiness, enhance its capability to fight and win, and effectively fulfill its missions and tasks, state-run Xinhua news agency reported.
Xi instructed them to resolutely safeguard national sovereignty, security, and development interests, and successfully complete various tasks entrusted by the party and the people, the report said.

Though President Xi did not mention a particular country in his address, it came amidst growing international concern over China’s aggressive military manoeuvring in the resource-rich Indo-Pacific region. The armies of China and India are also engaged in a prolonged standoff in eastern Ladakh.

China claims nearly all of the disputed South China Sea, though Taiwan, the Philippines, Brunei, Malaysia and Vietnam all claim parts of it.

Beijing has built artificial islands and military installations in the South China Sea. China also has territorial disputes with Japan in the East China Sea.

Xi said the military leadership must focus on realising the PLA’s centennial goal – to make the PLA a world-class armed force by 2027, which is broadly interpreted as making it on par with the US armed forces.

“We must do all we can to make this happen,” he said.

During his speech at the party congress last month, Xi also set “victory in local wars” as a goal and told the PLA to “improve training and preparation for war in all aspects and improve the ability of the army to fight and win”.

“We will strengthen the normal and diversified use of military forces, carry out military struggles with determination and flexibility, shape the security posture, contain crises and conflicts, and win local wars,” he said.

Commenting on Xi’s address to the military, retired Air Force General Xu Qiliang, who was the former vice-chairman of the CMC, said in a commentary that the PLA must prepare for a rapid transformation from peace to wartime.

“Always maintain a high readiness posture like arrows on a taut string ready to go, to ensure that the troops are prepared to fight at all times,” Xu, who retired from the top post in the CMC, was quoted as saying by Hong Kong-based South China Morning Post.

In his address to the CPC Congress last month, President Xi said China will establish a strong system of strategic deterrence, which was interpreted by observers as a call to increase China’s nuclear weapons.

Analysts said Xi’s remarks indicated China would improve its nuclear deterrence capability amid its increasing rivalry with the US.

Song said the PLA must strengthen its “nuclear triad” forces – its combination of ground-based intercontinental ballistic missiles (ICBMs), submarine-launched missiles, and air-launched weapons – as well as its second-nuclear strike capability to respond to a nuclear attack.

“All of these require the PLA to have a modern nuclear-armed force … and to moderately increase the nuclear arsenal,” he told the Post.

In his address to the military officials on Tuesday, Xi instructed the armed forces to thoroughly study, publicise and implement the guiding principles of last month’s 20th CPC

He said the entire armed forces implement the Party’s thinking on strengthening the military for the new era, following the military strategy, and adhering to combat effectiveness as the sole criterion.

The new era refers to his assumption of the leadership of the party in 2012.

The command centre, which provides vital support to the strategic command of the CPC Central Committee and the CMC, is of great importance and shoulders heavy responsibilities, Xi said.

The command centre should make new and greater contributions to boosting military training and combat preparedness, effectively fulfilling all missions and tasks in the new era, Xi said.

Uttarakhand Foundation Day: The long struggle for the hill state