China grapples with sudden surge of Covid-19 cases in Beijing, 14 other cities

A new surge of Covid-19 cases, which started from an airport in Nanjing, the capital of east China's Jiangsu province, has spread to five other provinces and Beijing municipality, the Global Times reported. A woman wearing a face mask to protect against Covid-19 walks at a shopping and office complex in Beijing, Tuesday, July 27, 2021. (AP)

China is witnessing a sudden surge of the Delta variant of the Covid-19 cases with 15 cities, including the capital Beijing, grappling with clusters of positive cases, with the official media on Friday calling it the most extensive domestic contagion after the virus outbreak in Wuhan in December 2019.

A new surge of Covid-19 cases, which started from an airport in Nanjing, the capital of east China’s Jiangsu province, has spread to five other provinces and Beijing municipality, the Global Times reported.

Nanjing city has suspended all flights after a number of airport staff tested positive, it said.

Cases of the fast-spreading Delta variant, first identified in India, were reported from 15 Chinese cities. 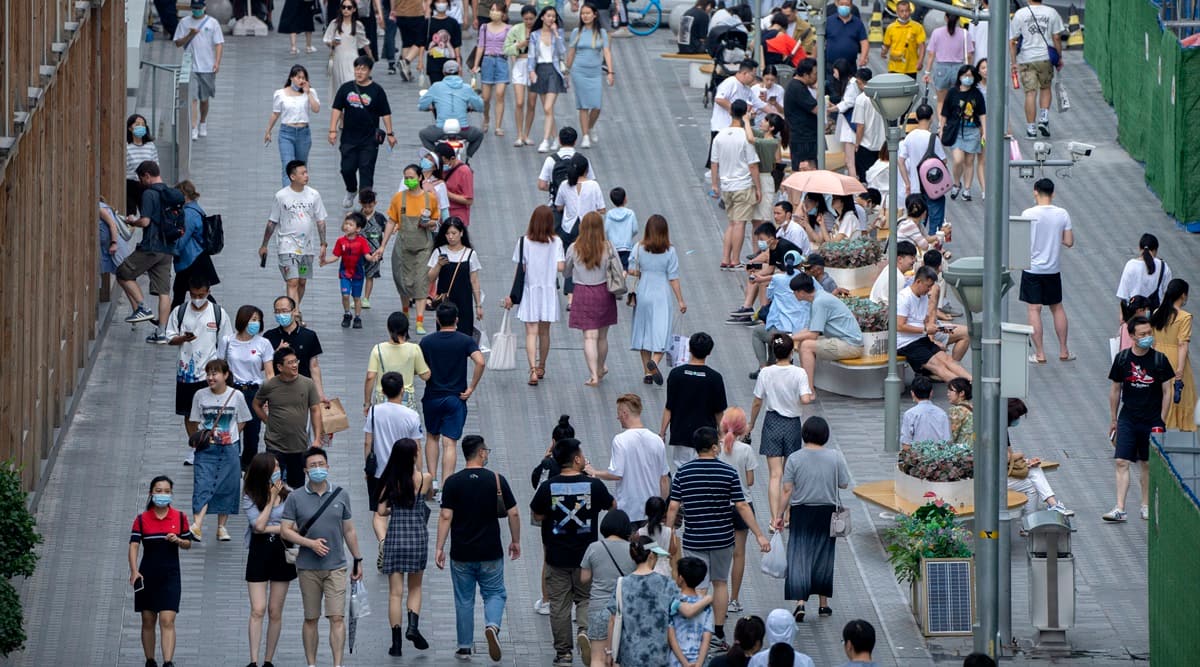 Though the number of new cases is still in the few hundreds, concerns rose over the vast spread of the infection in different provinces.

The cause for worry for officials is the sudden emergence of the cases in Beijing after over 175 days of the last case.

The local government of the capital city of about 22 million population and the home of top leadership, including President Xi Jinping, protected the city for several months for the ruling Communist Party of China (CPC) centenary celebrations held on July 1. 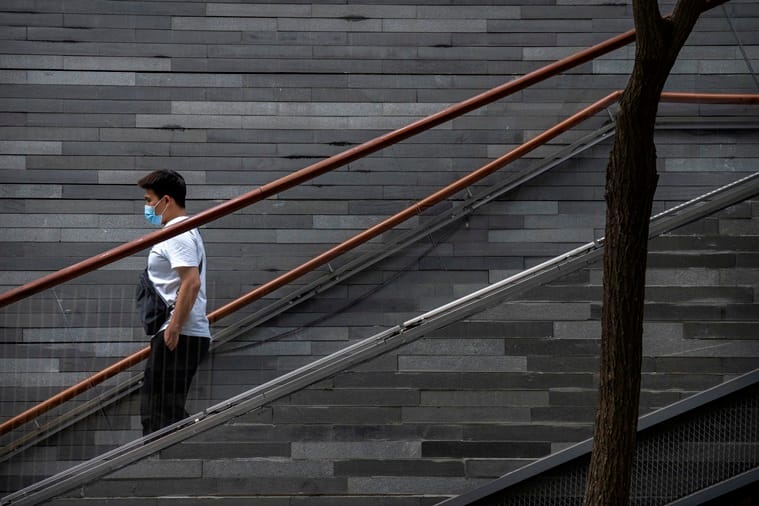 A man wearing a face mask to prevent the spread of Covid-19 walks down a staircase at a shopping mall in Beijing, Saturday, July 17, 2021. (AP)

China is yet to open its skies for air travel from India and several other countries, and most of the Beijing-bound international flights are diverted to other cities where passengers had to undergo 21 days quarantine before entering the national capital.

However, that bubble reportedly burst a few days ago when a high-ranking official from an African country who checked into a luxury hotel tested positive along with his delegation.

Panicked officials sealed the hotel with hundreds of guests and staff who have to undergo 21-day quarantine, while the hunt is on to track hundreds of those who came in contact with them.

Meanwhile, Nanjing, a city of over nine million, has suspended domestic and international flights on Friday as it dealt with clusters of cases in the airport, especially among the cleaning staff.

About 200 coronavirus cases have been reported so far from there, according to official media reports.

The coronavirus outbreak in Nanjing originated from a flight from Russia, said Ding Jie, deputy director of the municipal centre for disease control and prevention.

The viral genome sequencing of 52 cases in the outbreak showed that the new cases were highly homologous, suggesting the same transmission chain, and all strains were found to be the highly infectious Delta variant, Ding told a press conference on Friday.

Zhangjiajie, a popular tourist site in Hunan province and the shooting location of the James Cameron’s Hollywood blockbuster ‘Avatar’, is believed to be another key node on the infection chain.

Four infected persons who had been to the Lukou airport were found watching a cultural performance with more than 2,000 people in Zhangjiajie on July 22, according to Global Times.

Four people tested positive for coronavirus in nucleic acid testing on Friday in the city of Xiamen, the state-run Xinhua news agency reported.

The cases include a crew member of an international cargo flight and his three family members.

Many cities across China have ramped up screening for close contacts and identify residents who have been to Nanjing or other cities where confirmed cases have been found and tightened prevention work.

The unexpected and extensive contagion starting from Nanjing has a strong psychological impact on the public, many of whom have loosened daily protective efforts or are planning their summer vacations, but have to cancel them.

According to China’s National Health Commission, the total number of confirmed Covid-19 cases in the Chinese mainland was 92,875 as on Thursday. This includes 932 active patients, 25 of whom are in severe condition. The virus has so far claimed 4,636 lives since last year in the country.

China has so far vaccinated about 40 per cent of its population, according to official media.

The coronavirus was first detected in the central Chinese city of Wuhan in late 2019. It then spread rapidly across China and the world and was declared a pandemic by the World Health Organisation in March 2020. Globally Covid-19 has infected more than 196,794,000 people and killed over 4,202,000 people, according to Johns Hopkins University Covid-19 tracker.