The government space agency that uses satellites to monitor fires reported more area burned in the month of July than in any July since 2016, according to data released Thursday. The same was true for June. 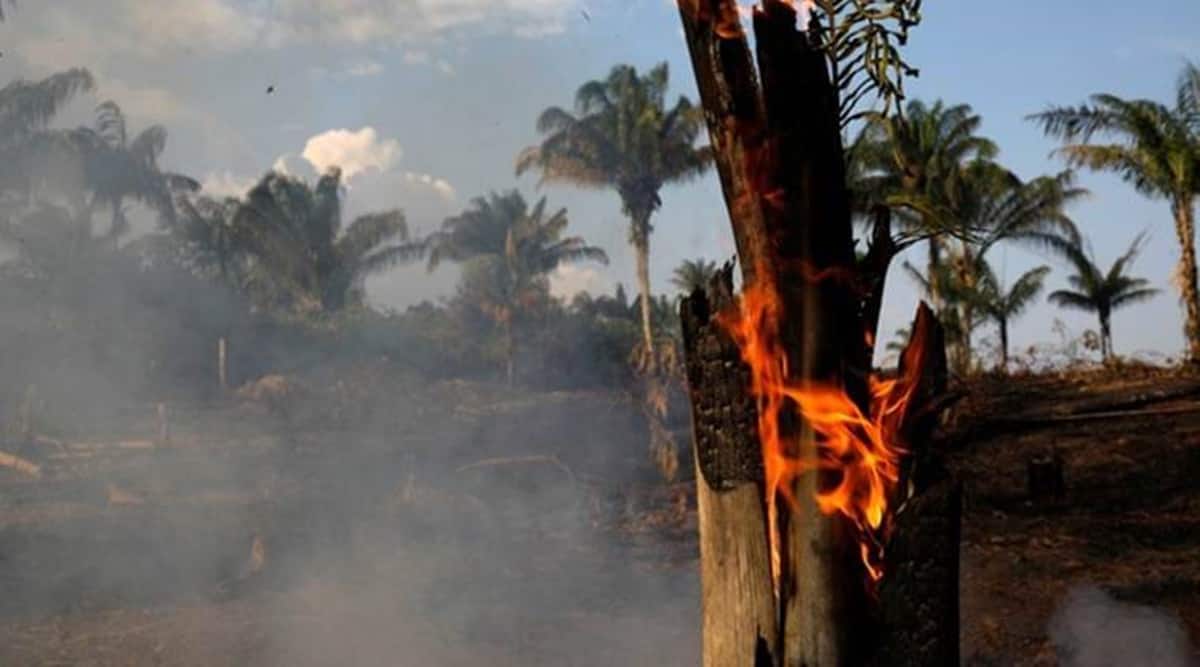 The season of Brazilian forest fires has begun, and early data plus severe drought is sparking concern that nationwide destruction in 2021 will stay at the high levels recorded in the past two years, despite efforts to tamp down the blazes.

The government space agency that uses satellites to monitor fires reported more area burned in the month of July than in any July since 2016, according to data released Thursday. The same was true for June.

Most Brazilian blazes are manmade, often started illegally by land-grabbers clearing forest for cattle or crops. Fires tend to begin increasing in June and peak in September, according to historical data. They can easily get out of control during the dry season, burning large swaths of forest to the ground.

Brazil is home to the world’s largest rainforest and tropical wetlands ” the Amazon and Pantanal ” which saw dramatic fires in 2019 and 2020, respectively, that caused the greatest annual forest loss since 2015.

That drew global criticism of the response from the administration of President Jair Bolsonaro, who has repeatedly called for development of the region.

This year, it’s the Cerrado savanna stretching across Brazil’s centre-west region that is suffering more than usual. An area almost as big as Connecticut and New Jersey burned there in the first seven months of 2021.

Ane Alencar, science director at the Amazon Environmental Research Institute, said in a July 27 online panel that there have been fewer Amazon fires this year due to cool weather, which limits fire’s potential to spread. But deforestation remains on par with the last two years, so much dry material remains on the ground waiting to be burned, she added.

“I am afraid about the coming months,” said Alencar, who is also coordinator of MapBiomas Fogo, which compiles data on deforestation and fires across the region. “When this cold front goes away, the vegetation will be drier and then we will have warmer temperatures. … I’m not sure that the people who cut down the forest will not light it.”

Citing heightened hazard due to Brazil’s worst drought in nine decades, the Justice and Environment ministries on July 22 announced a task force to prevent and investigate fires in 11 states of the Amazon, Pantanal and Cerrado biomes. Some 6,000 people, including federal and state police and firefighters, as well as state public security and environmental officials will participate in the effort, according to a statement.

On June 29, Bolsonaro decreed redeployment of soldiers to the Amazon to combat fires and deforestation, and also issued a 120-day ban on unauthorized outdoor fires.

Similar measures in previous years didn’t prevent illegal fires, however. More than 90% of the Pantanal hot spots detected in 2020 came after a similar presidential ban, according to Vincius Silgueiro, coordinator of territorial intelligence at the Center of Life Institute in Mato Grosso state.

“The sense of impunity is very high. Enforcement is well below what is necessary,” Silgueiro said.

In Mato Grosso state, half of whose territory is in the Amazon, the federal and state governments last year began coordinating actions to put an end to overlap that frequently left other areas unmanned and vulnerable, according to Mauren Lazzaretti, the state’s environment secretary.

The state is also purchasing a helicopter and plans to deploy dozens of planes loaned by Pantanal farmers and businesses to drop fire retardant onto blazes.

Last year, over 4 million hectares (about 15,000 square miles) of the Pantanal went up in flames, or about 27% its area ” by far the most since official record-keeping began in 2003. While the biome regenerates quickly, unlike rainforest, fires often kill local wildlife, such as jaguars, caimans and giant otters.

“The size of the fires last year drew society’s attention to the component of individual responsibility,”Lazzaretti said.

“The engagement of cities, farmers and even traditional and Indigenous communities is much greater this year.”

Bolsonaro countered that fires nationwide and in the Amazon, while up from 2018, were roughly in line with the average of the preceding several years and were down sharply from 15 years earlier. He called on European leaders to mind their own backyards.

Earlier studies showed the Amazon absorbs about 2 billion of the 40 billion tons of carbon dioxide the world emits into the atmosphere each year, making it an important part of the global effort to curb climate change.

But a study led by the Brazil’s Ministry of Science, Technology and Innovation, published in Nature on July 14 ” spanning 10 years and involving nearly 600 flyovers ” found the dry season’s intensification and increased deforestation had caused more fires and higher carbon emissions.

The southeastern part of the Amazon, particularly ravaged by logging, has become a net source of carbon.

Paulo Artaxo, professor of environmental physics at the University of Sao Paulo and a member of the Intergovernmental Panel on Climate Change, said other recent studies have shown even the more preserved western Amazon region is now carbon neutral in terms of emissions, while a few years ago, it was a carbon sink.