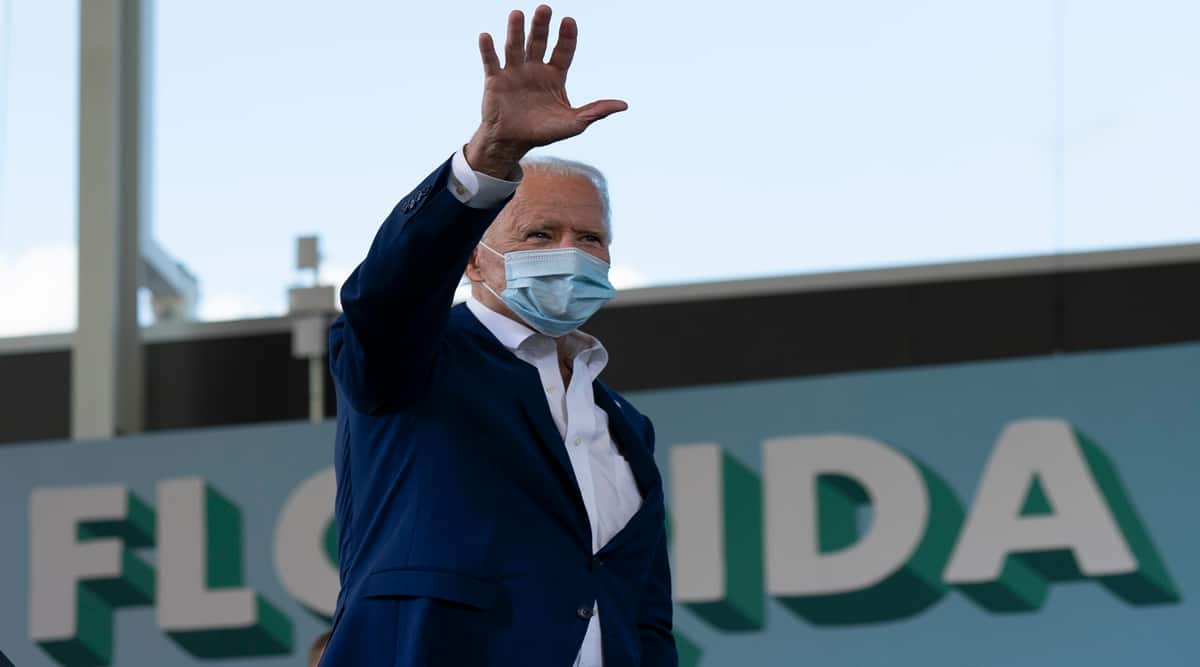 Biden’s campaign disputed that these voter turnout efforts are being short-changed.

Senior officials on Democratic presidential nominee Joe Biden’s campaign are increasingly worried about insufficient Black and Latino voter turnout in key states like Florida and Pennsylvania with only four days until the election, according to people familiar with the matter. Despite record early-vote turnout around the country, there are warning signs for Biden. In Arizona, two-thirds of Latino registered voters have not yet cast a ballot. In Florida, half of Latino and Black registered voters have not yet voted but more than half of White voters have cast ballots, according to data from Catalist, a Democratic data firm. In Pennsylvania, nearly 75% of registered Black voters have not yet voted, the data shows.

The situation is particularly stark in Florida where Republicans currently have a 9.4% turnout advantage in Miami-Dade County, a place where analysts say Biden will need a significant margin of victory to carry the state.

“I would like to see turnout increase – and yes, we need improvement,” Steve Schale, the president of Unite the Country, a pro-Biden super PAC, wrote in a blog post on Tuesday about Miami-Dade County early vote numbers.

Top campaign leaders have expressed confidence that Black and Latino voters will show up on Election Day – and historical trends suggest these groups often do prefer to vote in person. But some Biden advisers have expressed concerns about a lack of investment and are urging the campaign, so far unsuccessfully, to spend even more money to target these voters in the final stretch, especially given the campaign’s record-shattering fundraising.

Biden’s campaign disputed that these voter turnout efforts are being short-changed.

For the first time, Latinos outnumber African Americans among eligible voters in the U.S

Disagreements over how to allocate precious resources in the closing days are a common occurrence in a presidential campaign, but what has made these disputes, which have not been previously reported, more serious is that the split has broken along racial lines.

Some of those advocating for more spending — who are largely people of color and say they feel that their communities are misunderstood by top Biden officials — sent multiple written proposals over the course of several months, including to National States Director Jenn Ridder and her staff, outlining ways the campaign could bolster minority turnout, the people familiar with the effort said. They say the documents were ignored by campaign leadership.

The disagreements have resulted in heated conversations, as staff argue over spending and strategy in the final stretch. And the advisers who say they are frustrated still say they’re confident Biden will win the election, but they fear leaving anything to chance if the race is close.

These advisers are pushing for more resources dedicated to getting out the vote, including paid door-knocking, paid phone banking and paid text messaging, according to the people familiar with the dispute.

As of Oct. 14, the Biden campaign and the Democratic National Committee had a combined $331 million cash on hand, according to their most recent reports with the Federal Election Commission.

Both Biden and Trump campaigned in Florida on Thursday, with Biden holding drive-in rallies in Broward County and in Tampa. Trump also held a rally in Tampa.

Yet a Biden campaign staff member in Florida said coalition directors, those responsible for turning out the vote among specific demographic groups, have never been given a budget, despite repeated requests for funds they can allocate. The staffer said colleagues have spent their own money to put on voter engagement events, but the lack of coordination with senior leaders has stymied their efforts to do what the staff member called culturally competent outreach in critical parts of the state.

The Biden campaign said budget recommendations for outreach programs are led by the coalition teams and the senior advisers who oversee constituency outreach in conjunction with the states team.

On Thursday, the Biden campaign held a call with reporters to discuss its efforts to turn out Latino voters, where they touted spending tens of millions of dollars to reach voters and reviewed get-out-the-vote events in battleground states targeted at Latino voters.

“We know our pathway to victory includes winning key battleground states that have significant populations” of Latino voters, deputy campaign manager Julie Chavez Rodriguez, said on the call. “We cannot win without the Latino vote in these states, which is why we have invested historic amounts of money and research.”

The call presented a united front from top leadership about its Latino get-out-of-the-vote efforts, but a person familiar with the planning said the call was designed to calm the nerves of prominent Latino Democrats, who have been raising concerns about the Biden campaign’s Latino outreach strategy. Behind the scenes, the person said, there is tension and infighting.

Democrats say Biden’s strength among other groups – namely seniors and suburbanites – will compensate for any drop-off in Latino support.

But some of the advisers say they fear the campaign is over-confident, especially after 2016 when voters of color did not turn out for Hillary Clinton in key cities like Philadelphia, Detroit and Milwaukee, which contributed to narrow losses in those states.

Biden has enjoyed strong support from Black voters, who saved his primary campaign with a blowout win in South Carolina followed by big victories on Super Tuesday in states that had large Black populations, making it more critical that these voters turn out.