The Texas law bans abortions starting at six weeks of pregnancy, a point when many women may not yet realize they are pregnant. It is among a series of Republican-backed laws passed by various states restricting abortion. 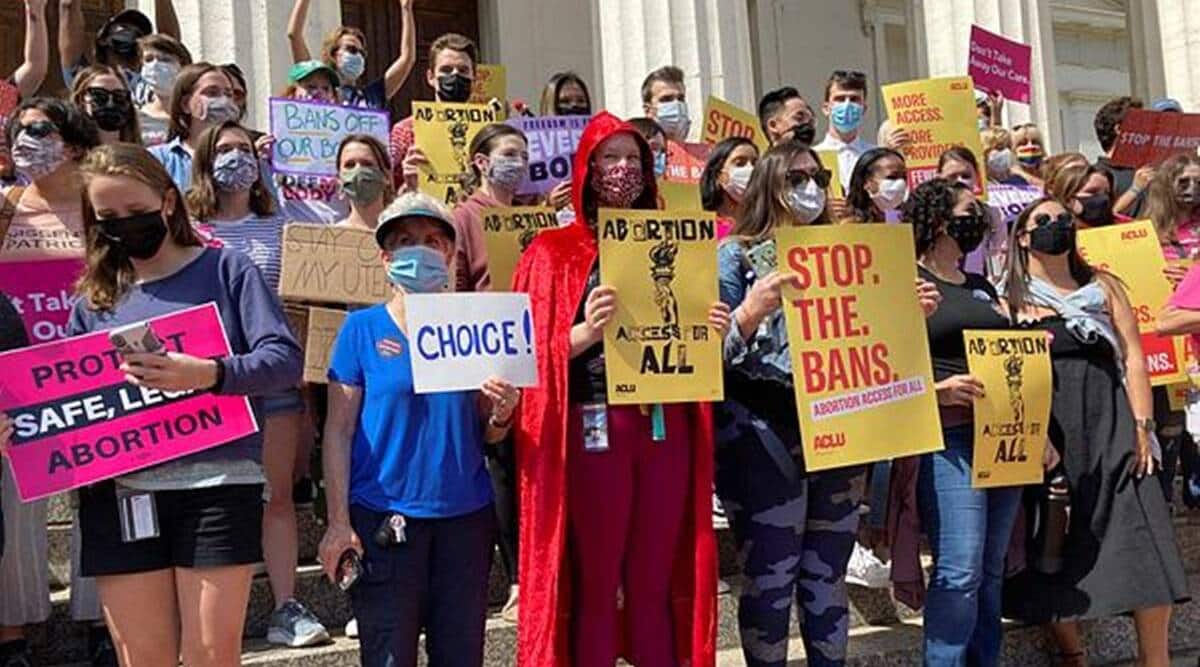 About 200 abortion rights demonstrators gathered outside the Old Courthouse in St. Louis, for a rally. (AP/File)

President Joe Biden’s administration on Friday urged a judge to block a near-total ban on abortion imposed by Texas – the strictest such law in the nation – in a key battle in the ferocious legal war over abortion access in the United States.

The US Supreme Court on Sept. 1 allowed the Republican-backed law to take effect even as litigation over its legality continues in lower courts. The US Justice Department eight days later sued in federal court to try to invalidate it.

During a hearing in the Texas capital of Austin, Justice Department lawyers asked US District Judge Robert Pitman to block the law temporarily, saying the state’s Republican legislature and governor enacted it in an open defiance of the Constitution.

“There is no doubt under binding constitutional precedents that a state may not ban abortions at six weeks,” said Brian Netter, the lead Justice Department attorney on the case. 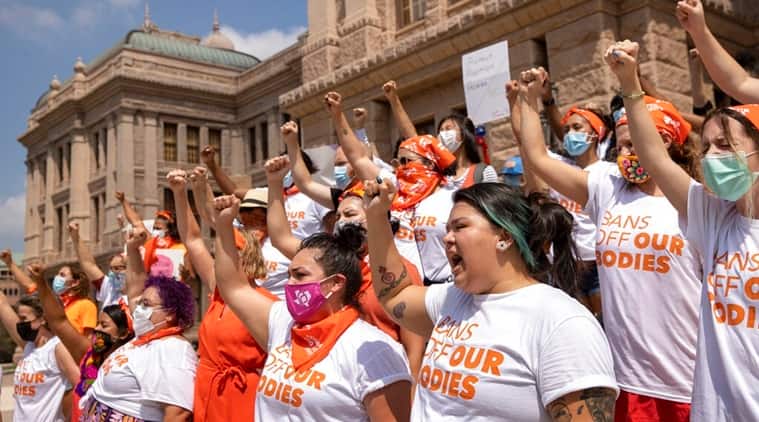 “Texas knew this but, it wanted a 6-week ban anyway. So this state resorted to an unprecedented scheme of vigilante justice.”

Pitman allowed Netter to argue for about 15 minutes before interrupting him to ask about the limits on the Justice Department’s authority to challenge state laws.

The authority claimed by the Justice Department “is pretty expansive,” the judge said.

Netter said the Justice Department does not often challenge state laws, but will do so when a law violates the US Constitution and is written in a way that preclude citizens from vindicating their rights on their own.

“What is unique and different about this law is that it specifically deprives those affected by the law of the ability to obtain redress,” Netter said.

In the 1973 Roe v. Wade ruling that legalized abortion nationwide, the Supreme Court recognized a woman’s constitutional right to terminate a pregnancy. The high court in December is due to hear arguments over the legality of a Mississippi abortion law in a case in which officials from that state are asking the justices to overturn Roe vs. Wade.

The Texas law bans abortions starting at six weeks of pregnancy, a point when many women may not yet realize they are pregnant. It and the Mississippi measure are among a series of Republican-backed laws passed by various states restricting abortion. 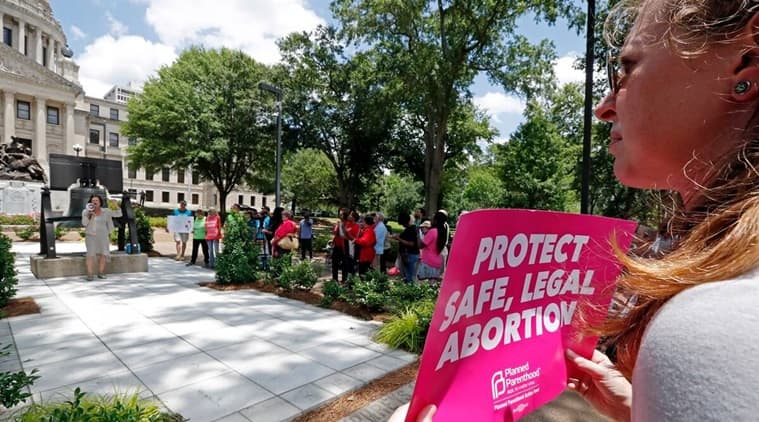 An abortion rights advocate holds a sign at the Capitol in Jackson, Miss. (AP Photo)

About 85% to 90% of abortions are performed after six weeks. Texas makes no exception for cases of rape and incest. It also lets ordinary citizens enforce the ban, rewarding them at least $10,000 if they successfully sue anyone who helped provide an abortion after fetal cardiac activity is detected.

The four Whole Woman’s Health abortion clinics across the state have reported that patient visits have plummeted and some staff have quit since the Texas law took effect.

In an emergency motion to the court, the Justice Department provided sworn statements from doctors who described the impact of the Texas law on patients.

In one statement, Dr. Joshua Yap said he witnessed a “surge” of women crossing into neighboring Oklahoma for abortions.

“One of the most heart-wrenching cases I have seen recently was of a Texas minor who had been raped by a family member,” Yap said, adding that a guardian made an eight-hour drive to Oklahoma from Galveston because the girl was more than six weeks pregnant.

Will Thompson, an attorney representing Texas on Friday, dismissed the Justice Department’s arguments as nothing more than a pattern of “hyperbole and inflammatory rhetoric,” and told the judge there is plenty of opportunity for people to seek judicial review to challenge the law.

“This law that the federal government is challenging provides for more judicial process than any other enforcement scheme could,” he said.

“This is not some kind of vigilante scheme, as opposing counsel suggests. This is a scheme that uses lawful process of justice in Texas.”

The hearing will also include arguments from other interested parties, including Oscar Stilley, a disbarred lawyer in home confinement for tax evasion who in September became one of the first people to test a key provision of the law by suing a San Antonio doctor who provided an abortion.