Assad steps in from the Cold, but Syria is still shattered

Syria’s northwest is run by jihadis formerly associated with al-Qaida who expend more effort trying to open a line to Western countries than they do to Assad. 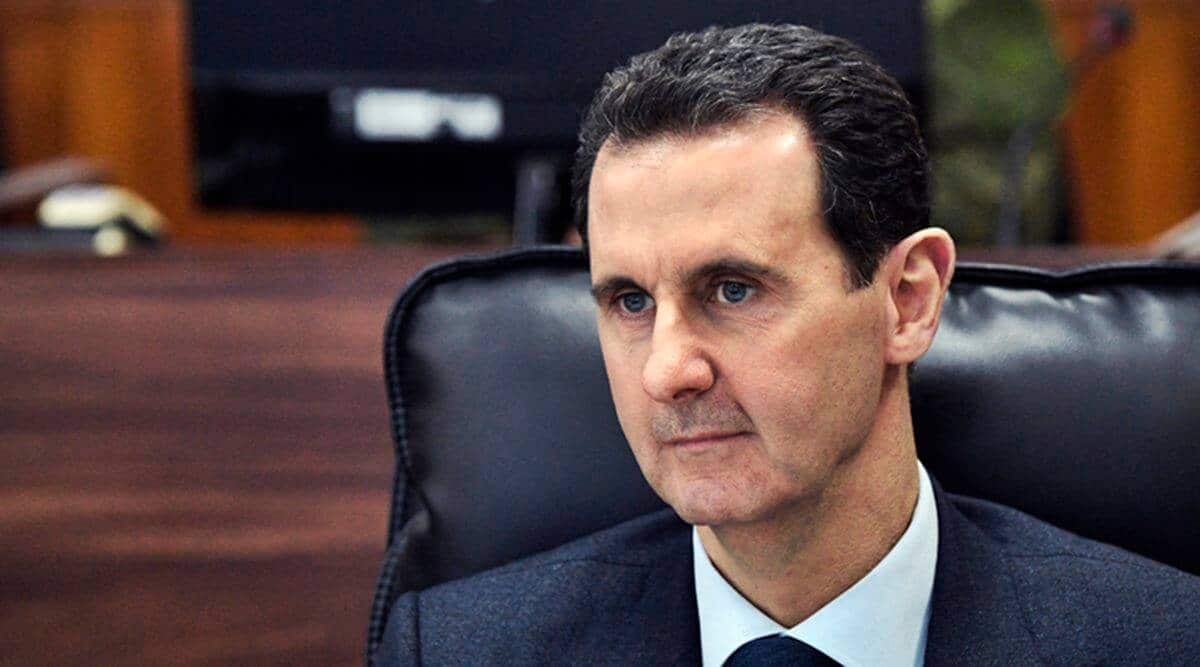 Ten years since the country’s war started with an uprising against Assad, many Syrians wonder whether the country can be put back together, if there is even a clear enough idea of what Syria is to rebuild the state on. (AP/File Photo)

For a man who has spent the last decade battling armed rebels, being shunned in international forums and watching a brutal civil war dismantle his economy, the past few weeks have been good to President Bashar Assad of Syria.

Senior officials from Lebanon appealed for his help with chronic electricity cuts. His economy minister rubbed shoulders with his counterpart from the United Arab Emirates at a trade expo in Dubai. The United States, which has heavily sanctioned him and his associates, backed a plan to revive a gas pipeline through his territory. And he spoke by phone with King Abdullah II of Jordan, his neighbor to the south, for the first time in 10 years.

Syria is still shattered — with its people mired in poverty, millions of refugees in neighboring states still afraid to go home and large swaths of territory still beyond the state’s control. But across the Middle East there is a sense that Assad — long known for gassing his own people and dropping exploding barrels on his own cities — is being brought in from the cold, reflecting a resignation with his survival.

The war has ceased to rage, the thinking goes, and Assad is still in place, so perhaps it is time for Syria to reconnect with its neighbors.

Ten years since the country’s war started with an uprising against Assad, many Syrians wonder whether the country can be put back together, if there is even a clear enough idea of what Syria is to rebuild the state on.

Despite his apparent victory in the civil war, Assad’s grip on power is often tenuous even in areas he controls.

From the Presidential Palace in the capital, Damascus, he cannot drive to his country’s northern border with Turkey or eastern border with Iraq without hitting hostile front lines.

Syria’s northwest is run by jihadis formerly associated with al-Qaida who expend more effort trying to open a line to Western countries than they do to Assad.

Rebels backed by Turkey hold other territory along the border, where Turkish currency has displaced the drastically devalued Syrian pound.

Administering the northeast, where most of Syria’s oil and much of its farmland are, are Kurdish-led forces backed by the United States. Rounds of talks about reconnecting the territory to Damascus have failed.

Assad relied heavily on Russia and Iran to fend off the rebels, and now both countries are eyeing his economy for opportunities to recoup their investments.

But the economy is so weak that businessmen are closing up shop.

The owner of a Damascus ice cream company said in an interview that he was shuttering his family business after 50 years and moving to Egypt. Recently, the tax authorities, the electricity company and the consumer protection department had all come to collect bribes after threatening to shut him down over bogus infractions if he refused to pay up.

Other families had already moved their businesses, and the badly needed jobs they created, to Turkey, Iraq, Egypt or Gulf countries, he said.

“The Syrian government has no money and wants to collect its employees’, soldiers’ and militiamen’s salaries from the traders and industrialists,” the man said, speaking on condition of anonymity for fear of retribution.

International powers have largely given up on seeking peace through diplomacy, and many acknowledge that 10 years of war, sanctions and peace talks have failed to secure concessions from Assad.

Since he has resisted compromise so far, he probably will not start now, said Karam Shaar, research director of the Operations and Policy Center, a research institute in southern Turkey.

“Western policymakers do not appreciate what they are asking Bashar al-Assad to do” when they speak of integrating the opposition into his government, Shaar said.

Shaar recalled Adib Shishakli, a Syrian politician who was president in the 1950s before being pushed out and fleeing to Brazil, where he was assassinated a decade later by a man who had been orphaned in a battle Shishakli oversaw.

Assad had killed many more people, Shaar said, so he faced greater risks.

“If Bashar al-Assad is ever out of office, he knows that there will be thousands of people going after him,” Shaar said.

Still, the moves by Syria’s neighbors to draw closer with Assad reflect an erosion of the feeling that he should be ostracized when there are so many other problems in the region.

The pipeline that the United States has backed is supposed to transmit Egyptian gas from Jordan through Syria to Lebanon, where an economic collapse has caused extensive blackouts. Despite sanctions on the Syrian government, the United States supports the plan, in part to compete with efforts by the militant group Hezbollah to bring in sanctioned fuel from Iran.

Jordan, seeking to revive its own ailing economy, has reopened its border with Syria for trade and recently was host to the Syrian defense minister for security talks. Abdullah, who called on Assad to step down in 2011, spoke with the Syrian leader last week to discuss ties between the “brotherly countries and ways to enhance cooperation between them,” according to Jordan’s royal court.

Wealthy Gulf countries, such as Saudi Arabia and the UAE, some of which bankrolled the rebels early in the war, have dropped their opposition to Assad and scoped out investment opportunities. But the cash has not followed, largely because of U.S. sanctions.

In an interview, a senior Biden administration official said it was clear that Assad had survived and that sanctions had yielded few concessions, so the administration preferred to focus on other issues, including fighting the coronavirus pandemic, assuaging economic distress in the region and limiting Iranian influence.

The United States would like the gas deal, whose details are still being worked out, to avoid triggering sanctions and provide minimal benefit to Assad, the official said, speaking on condition of anonymity under government protocols. The administration was also telling its friends not to let Assad off the hook.

“We are actively telling the UAE and Saudi Arabia, ‘Don’t go building shopping malls. Don’t unfreeze Bashar’s assets. Don’t give the government in Syria access to any kind of revenue for rebuilding or reconstruction,’” the official said.

But it was allowing flexibility on issues like the provision of electricity to Lebanon and some kinds of aid inside Syria, in hopes of having a “humane, sensible policy,” the official said.