John Kerry urged Chinese leaders to open up more on the Internet and agreed to look into whether American companies help Beijing to curb access to online material. 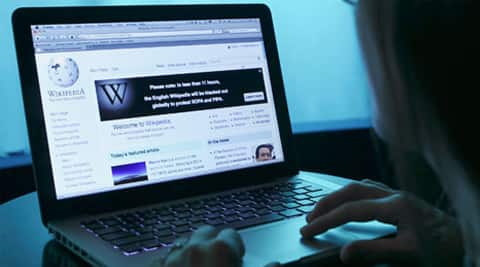 The number of Chinese bloggers in recent years touched 300 million with Sina Weibo, the Chinese equivalent of Twitter. (Reuters)

The US on Saturday asked Chinese leaders to support Internet freedom, saying it will help the world’s second largest economy grow stronger.

“Obviously, we think that the Chinese economy will be stronger with greater freedom of the Internet,” US Secretary of State John Kerry said at a meeting with Chinese bloggers after holding intensive talks with top Chinese leaders, including President Xi Jinping, Premier Li Keqiang and Foreign Minister Wang Yi.

Kerry held in-depth discussions with Xi on issues arising from US plans to rebalance its military strategy and deploy a majority of its military assets in the Asia-Pacific, something that has created disquiet in China.

He urged the Chinese leaders to open up more on the Internet and agreed to look into whether American companies help Beijing to curb access to online material.

During the 40-minute meeting with Kerry, the bloggers appealed to him to support Chinese human rights activists and help “tear down the great Internet firewall”.

The bloggers complained that while China has opened up Internet for education and business, it has built up an extensive system of monitoring and filters to block access to material deemed subversive or obscene.

The number of Chinese bloggers in recent years touched 300 million with Sina Weibo, the Chinese equivalent of Twitter, emerging as an alternate media challenging the monopoly of state media.

The US and China, the world’s two largest emitters of greenhouse gases, also agreed to cooperate more closely in combating climate change.

A joint statement after Kerry’s two-day visit concluded today said the two governments had agreed on steps to curb output of greenhouse gases that trap solar heat in the atmosphere.

The two sides agreed on steps to reduce vehicle emissions, improve energy efficiency of buildings and other measures. The two governments will “contribute significantly to successful 2015 global efforts to meet this challenge,” the statement said.

It cited the “overwhelming scientific consensus on climate change and its worsening impacts, and the related issue of air pollution from burning fossil fuels”, and said the two countries recognise the urgent need for action.