LeT leader Zakiur Rehman Lakhvi among others is facing charges of planning, financing and executing the 2008 attacks. 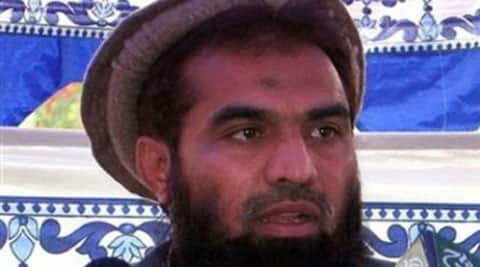 An anti-terrorism court trying the seven accused in the 2008 Mumbai attacks case on Wednesday adjourned the hearing for the fifth time in last three months till July 16 after no prosecution lawyer and witnesses turned up.

On May 28, Jun 4, 18 and July 2 hearings, the prosecution lawyers did not appear in the Anti-Terrorism Court in Rawalpindi reportedly due to security reasons.

Prosecutor Syed Abuzar filed an application in the court saying he was indisposed and could not attend Wednesday’s hearing. Prosecution chief Chaudhry Azhar too did not show up.

“Security concerns” is the reason behind his ‘long absence’. The court adjourned the hearing till next Wednesday.

The prosecution lawyers have been skipping the hearings on regular basis in order to draw the court’s attention to ensure their security in the face of threats they allegedly received from Jamaat-ud-Dawah (JuD) activists, sources told PTI.

The witnesses summoned for Wednesday’s hearing also did not turn up, sources said.

Earlier on May 21, Azhar had filed an application in the trial court accusing JuD activists of threatening them and the witnesses for pursuing the case.

“We and the witnesses have been receiving threats from the JuD activists who want us to stop pursuing the case” the prosecution lawyers said in the application, urging the court  to take note and order the government to provide them with security.