The German-built submarine, which uses diesel-electric propulsion, was inaugurated in 1983, making it the newest of the three submarines in the navy's fleet, according to the navy. 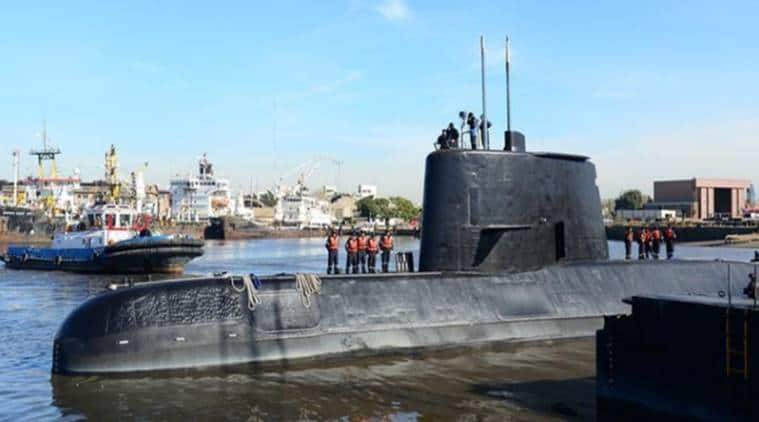 An Argentine submarine with 44 crew on board was missing in the South Atlantic two days after its last communication, prompting the navy to step up its search efforts late on Friday in difficult, stormy conditions.

The ARA San Juan was in the southern Argentine sea 432 km (268 miles) from the Patagonian coast when it sent its last signal on Wednesday, naval spokesman Enrique Balbi said.

The emergency operation was formally upgraded to a search-and-rescue procedure on Friday evening after no visual or radar contact was made with the submarine, Balbi said.

“Detection has been difficult despite the quantity of boats and aircraft” involved in the search, Balbi said, noting that heavy winds and high waves were complicating efforts.

“Obviously, the number of hours that have passed – two days in which there has been no communication – is of note.”

The navy believes the submarine, which left Ushuaia en route to the coastal city of Mar del Plata in Buenos Aires province, had communication difficulties that may have been caused by an electrical outage, Balbi said. Navy protocol would call for the submarine to come to the surface once communication was lost.

“We expect that it is on the surface,” Balbi said.

The German-built submarine, which uses diesel-electric propulsion, was inaugurated in 1983, making it the newest of the three submarines in the navy’s fleet, according to the navy.

President Mauricio Macri said the government was in contact with the crew’s families.

“We share their concern and that of all Argentines,” he wrote on Twitter. “We are committed to using all national and international resources necessary to find the ARA San Juan submarine as soon as possible.”

Argentina accepted an offer from the United States for a NASA P-3 explorer aircraft, which had been stationed in the southern city of Ushuaia and was preparing to depart to Antarctica, to fly over the search area, Balbi said.