The ex-officials urged President Obama to lift the veil of secrecy that surrounds the robotic aircraft use. 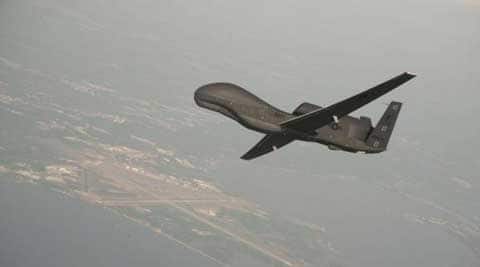 America’s drone missile strikes could be imitated by other countries former senior US officials said in a report. (Source: Reuters)

America’s reliance on secretive drone missile strikes against terror suspects has set a “dangerous precedent” that could be imitated by other countries and trigger wider wars around the world, former senior US officials said in a report on Wednesday.

The ex-officials acknowledged that the robotic aircraft are a useful tool that is “here to stay,” but urged President Barack Obama to lift the veil of secrecy that surrounds their use, introduce stricter rules for the strikes and take a hard look at whether the bombing raids were genuinely effective.

“The increasing use of lethal UAVs (unmanned aerial vehicles) may create a slippery slope leading to continual or wider wars,” said the report by a bipartisan panel sponsored by the Stimson Centre think tank.

The employment of drones for attacks outside of traditional battlefields “is likely to be imitated by other
states as well,” fuelling instability and increasing “the risk of widening conflicts in regions around the globe,” it said.

“US practices set a dangerous precedent that may be seized upon by other states — not all of which are likely to behave as scrupulously as US officials,” it said.

In the eyes of the rest of the world, the United States has essentially claimed the legal right to kill anyone it
believes is a member of the Al-Qaeda network or its allies “in any state on earth, at any time, based on secret criteria and secret evidence,” the report said.

The pervasive secrecy made it difficult for lawmakers in Congress to serve as a check on executive power and threatened to undermine traditional legal principles that underpin international law, it said.

Obama has promised to curb the secrecy around the strikes and in May said that any operation should not “create more enemies than we take off the battlefield.”

The number of strikes in Pakistan and Yemen have decreased since 2010, according to unofficial tallies based on media reports, but the level of secrecy has changed little.

But the US president has faced criticism that he has failed to live up to his own pledges on drones to “uphold standards that reflect our values.”

The report called on the Obama administration to adopt a more transparent stance and acknowledge drone strikes after they have been carried out in a foreign country.

At the moment, US officials barely acknowledge the existence of the drone raids and do not reveal who was
targeted and whether civilians were injured or how many killed.