What is the fodder scam: A look at what all has happened since 1996

A timeline of the fodder scam from when it began. 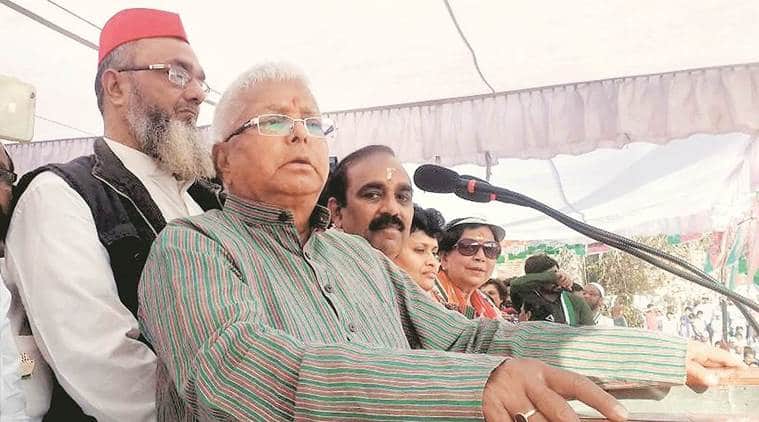 Lalu Yadav was one of the first chief ministers to be associated with the Fodder Scam. (File)

Twenty-one years ago, on January 27, 1996, a raid on the offices of the Animal Husbandry department in Chaibasa unearthed the Rs 950-crore fodder scam that embroiled then Bihar chief minister Lalu Yadav in a lifelong tussle with the CBI. Large-scale embezzlement of government treasury funds given to non-existent companies for purchase and supply of cattle fodder in Bihar in the 1990s was the highlight of this scam.

The fodder scam started with small-scale embezzlement done by low level government employees to show transfer of some fake funds. When it grew, it also started to include businesses and politicians, increasing the amount of money embezzled. The then Comptroller and Auditor General of India, TN Chaturvedi, noticed delays in submissions of monthly accounts of the Bihar treasury and warned of possible laundering of funds in 1985. The Animal Husbandry department had made fraudulent withdrawals of big bills of Rs 1,000 crore in the name of medicines during the chief ministerial tenure of Lalu Yadav. However, the raid only happened in 1996.

In March of the same year, the Patna High Court directed CBI to investigate the scam.

As the investigation progressed, the CBI formally requested the then Governor of Bihar for permission to prosecute the CM. In June 1997, the CBI filed chargesheets against Lalu Yadav and 55 other co-accused. The accused had 63 cases registered against them under three sections: IPC Sections 420 (forgery) and 120 (b) (criminal conspiracy) and Section 13 (b) of the Prevention of Corruption Act.

Lalu Yadav resigned as chief minister as his then party Janata Dal pressured him to not hold office while being under criminal prosecution. He dissociated from Janata Dal and formed his own party Rashtriya Janata Dal. He resigned in July due to mounting pressure but installed his wife Rabri Devi as the chief minister who won the vote of confidence in July 1997.

A case of Disproportionate Assets was registered against him in 1998, with Rabri Devi being named as a co-accused for abetting the crime. The Income Tax department had said that Lalu had gathered Rs 46 lakh from the government treasury.

The duo surrendered to a CBI court in 2000. However, Rabri was able to get bail while Lalu Yadav stayed in jail. A month later, Patna Hight Court granted him bail which was extended several times.

By this time, the new state of Jharkhand had been formed and the fodder scam cases were transferred to Ranchi. A special CBI court in Ranchi acquitted both Lalu and his wife on December 18, 2006 in the DA case.

In 2012, nine years after the chargesheet against 44 people was filed in a cased related to the multi-crore fodder scam, the CBI framed charges against Lalu Yadav and others. They were all convicted by a Patna CBI court in 2013, a judgment that Lalu Yadav contested. The conviction also disqualified and barred him from contesting any election for 11 years. In 2014, Lalu moved the Jharkhand HC challenging the verdict of the CBI court.

The Supreme Court in May ordered a trial against Lalu Prasad, and directed that it be complete within 9 months, after it allowed a CBI plea which opposed the dropping of charges against the former chief minister.