What is THAAD: Everything you need to know about the US anti-missile system

THAAD: China and North Korea have time and time again expressed their concerns regarding the deployment of the anti-missile system 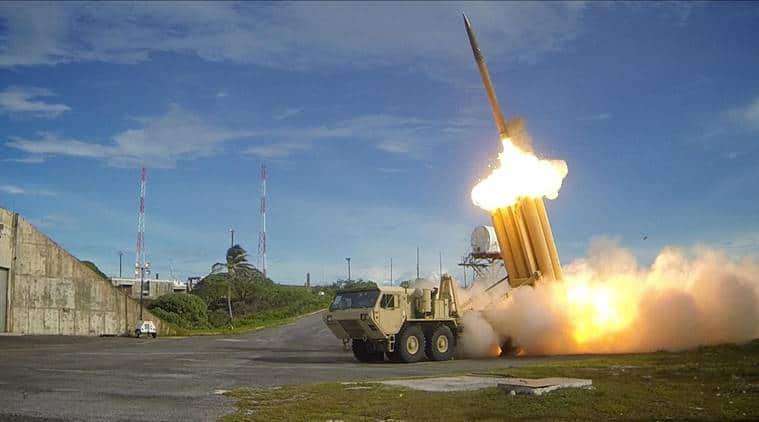 In what China and North Korea have continually called as an act of aggression, the US on Wednesday began delivering the Terminal High Altitude Area Defense (THAAD) system for deployment in South Korea. The US and South Korea have maintained that the deployment of the system, which was agreed upon last year, is intended to guard against missile threats from North Korea. But China on the other hand have claimed that such a deployment would not only upset the regional security balance but fears it would also weaken its own ballistic capabilities.

But what exactly is the THAAD? And how does it compare to Israel’s ‘Iron Dome’ which claims to have nearly 90 per cent missile interception success rate?

The Terminal High Altitude Area Defense, or simply abbreviated as THAAD, is a missile defence system that is designed to intercept and destroy short and medium-range ballistic missiles in their final flight phase. First proposed in 1987 and then finally deployed in 2008, the THAAD cannot be used as a form of attack against an enemy. Its role, by use of a powerful radar, is to simply track and destroy missiles before they are launched.

Lockheed Martin is the primary contractor in the THAAD project. Each THAAD system comprised of – interceptors, launchers, a radar, a fire control unit and support equipment. According to the company, the radar first intercepts an incoming missile. Any such threat is identified by those manning the system, who then fire a projectile from a truck, called the interceptor, at the missiles. Lockheed Martin said that finally by use of just the projectile’s kinetic energy, the ballistic missile is destroyed. Reports claim that the use of kinetic energy makes the anti-missile system safer as it does not make use of warheads to destroy missiles.

The radar in the system first intercepts an incoming missile. Any such threat is identified by those manning the system, who then fire a projectile from a truck, called the interceptor, at the missiles. (Source: Lockheed Martin)

Why is the deployment of THAAD important, and why has it angered China?

Following Kim Jong-un’s accession as the supreme leader of North Korea in 2012, the country has continuously proclaimed of its nuclear capabilities to the world. This has kept North Korea’s neighbours, the South, on their heels. Considering the political tensions between the two nations, South Korea first started looking into the THAAD missile system in 2013. South Korea at first had even considered developing its own anti-missile system before it turned towards the THAAD. For them, the North poses a nuclear threat, and such a missile defence system seemed a necessity.

How does is it compare to Israel’s anti-missile system – The Iron Dome?

Iron Dome, Israel’s missile defence system, has been operational since March 2011 and in many ways is similar to the US’ THAAD system. With the threat of rockets from Gaza attacking Israel’s urban and highly sensitive areas, the Iron Dome claims to intercept 90 per cent of missiles headed towards it.

Both the systems are highly sophisticated and serve the same purpose. However, there are some differences between the two.

For one, the Iron Dome has a much shorter detection range compared to the THAAD system. But considering that THAAD is deployed at a much higher altitude, it does not work well against artillery shells, which the Iron Dome is ideal for. The THAAD has much larger interceptor missiles which is considered perfect for detection of ballistic missiles while on the other hand the Iron Dome serves the purpose of intercepting short and medium range missiles and sometimes mortar shells.

What would the deployment of the THAAD system mean to the security balance of the region?

As China has claimed time and time again, the deployment of THAAD would destabilise security in the region. Many experts believe that the deployment of the system by the US in South Korea is not merely a defensive measure, as claimed by US. Some believe that the THAAD would only further increase American presence in the region that would only add to tensions.

While China and North Korea have continuously opposed the deployment of THAAD, there have been concerns from South Korea as well with regards to the anti-missile system. With the installation of some parts of the THAAD system already underway, protests have sparked off in South Korea against the deployment. Such a deployment has caused major worries amongst the people in South Korea with tension regarding peace and security in the region escalating.