The Supreme Court Thursday will deliver a verdict on Section 377 of the Indian Penal Code (IPC) which criminalises homosexuality. Here is everything you need to know about the law. 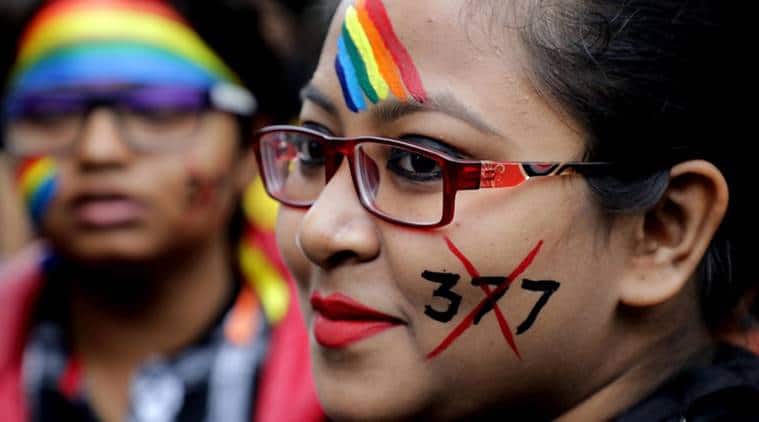 The Supreme Court Thursday will deliver a verdict on Section 377 of the Indian Penal Code (IPC) which criminalises homosexuality. The court had reserved its verdict in July after hearing a number of petitions challenging the colonial-era law. The five-judge Constitutional bench is led by Chief Justice of India Dipak Misra and comprises Justices R F Nariman, A M Khanwilkar, D Y Chandrachud and Indu Malhotra.

Section 377 of the IPC states: “Whoever voluntarily has carnal inter­course against the order of nature with any man, woman or animal, shall be punished with 1[imprisonment for life], or with impris­onment of either description for a term which may extend to ten years, and shall also be liable to fine.” This archaic British law dates back to 1861 and criminalises sexual activities against the order of nature.

In 2009, in a landmark judgment, the Delhi High Court described Section 377 as a violation of the fundamental rights guaranteed by the Constitution. Following this, religious groups moved the Supreme Court for a direction against the verdict.

The Supreme Court in 2013 overruled the Delhi High Court’s order and reinforced criminalisation of homosexuality stating that Parliament’s job was to scrap laws. This judgment by the apex court was highly criticised by the LGBTQ community in India and was seen as a setback for human rights.

In January 2018, the Supreme Court said a larger group of judges would re-consider the previous judgment and examine Section 377’s constitutional validity. Revisiting their 2013 verdict, the top court added that it will decide on a curative petition by five persons. The Supreme Court had then said: “The section of people who exercise their choice should never remain in a state of fear.”

Justice Dipak Misra had further observed, “Earlier decision of the Supreme Court in 2013 requires to be reconsidered because of the constitutional issues involved and we think it appropriate to send this to a larger bench.”