Weather forecast and temperature today HIGHLIGHTS: The southwest monsoon has covered most parts of southern, central and eastern India as it makes its way towards the north. As of June 26, the northern limit of the monsoon was passing along Veraval, Surat, Indore, Mandla, Pendra, Sultanpur, Lakhimpur Kheri and Mukteshwar areas. It is likely to hit the national capital region on July 1 and cover the entire country by July 15.

Despite the progression of the monsoon, rainfall has recorded a 36 per cent deficiency over the country as a whole. In other words, the actual rainfall of 86.3 mm is 36 per cent lower than the normal of 135.6 mm for this time of the year.

Follow our live blog as we track the monsoon, and bring you the latest news and updates on the weather condition and temperature across the country.

Follow our live blog as we track the southwest monsoon, and bring you the latest news and updates on the weather conditions and temperature across India.

Explained: What held the monsoon back, what is the forecast ahead?

After a two-week delay, the monsoon is finally progressing northwards, and has covered most parts of southern, central and eastern India. The monsoon has reached Maharashtra, Andhra Pradesh, Telangana, Chhattisgarh, Odisha, and most of Madhya Pradesh. However, it is still bringing less than expected rainfall. For the month of June so far, the rainfall over the country as a whole has been deficient by 36% compared to what is normal until this stage. This deficit is unlikely to be made up in any substantial manner in the remaining days of the month. But the India Meteorological Department has predicted good rains in July and August. READ MORE 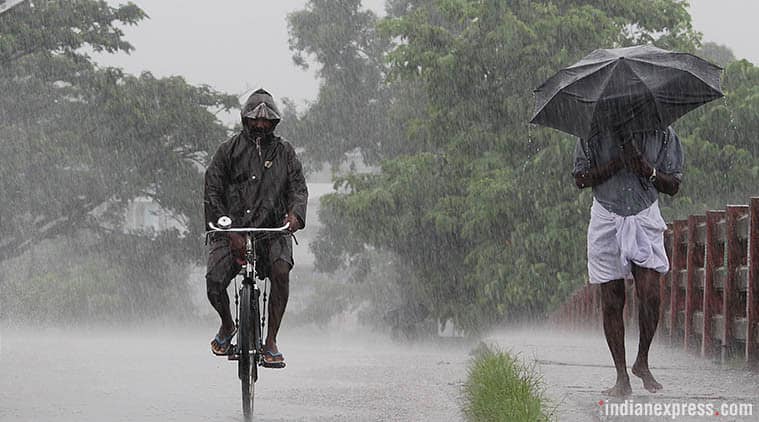 Rains lashed several parts of Goa, including Panaji, on Thursday morning and the heavy showers are likely to continue in the coastal state for next three days, the weatherman said. The India Meteorological Department's (IMD) observatory here also advised people not to venture out of their homes, unless there is some urgency, till Sunday as heavy rains are likely to lash the state.  (PTI)

Goa is witnessing heavy showers which are likely to continue for the next three days. The India Meteorological Department has advised fishermen against venturing out to sea, and also asked residents to remain indoors. "A cyclonic circulation over east-central Arabian Sea and adjoining south Maharashtra is likely to bring intense rain on the Goa coast," IMD said. "In view of the intense rainfall forecast, people are advised to abstain from outdoor activities as much as possible during the period of very heavy rainfall and to also watch out for weather updates," it added.

Parts of Meghalaya, Assam, Nagaland, Manipur, Mizoram and Tripura will receive heavy to very heavy rainfall today. Bihar, too, may see some rain in isolated places. Meanwhile, the southern states of Andhra Pradesh, Kerala and coastal Karnataka will experience rain as well.

Delhi woke up to a hot, humid and cloudy morning. Temperatures are likely to hit a maximum of 41.1 degrees Celsius today, while the minimum will settle at 28.6 degrees. According to an official at IMD, it could rain or drizzle in some parts of Delhi.

Welcome to our live blog on the weather. Track this space for the latest news and updates on the temperature and weather conditions across the country. As the southwest monsoon progresses to the north, rainfall is expected in southern, central and eastern states in India. On the other hand, states in the north are likely to witness high temperatures. 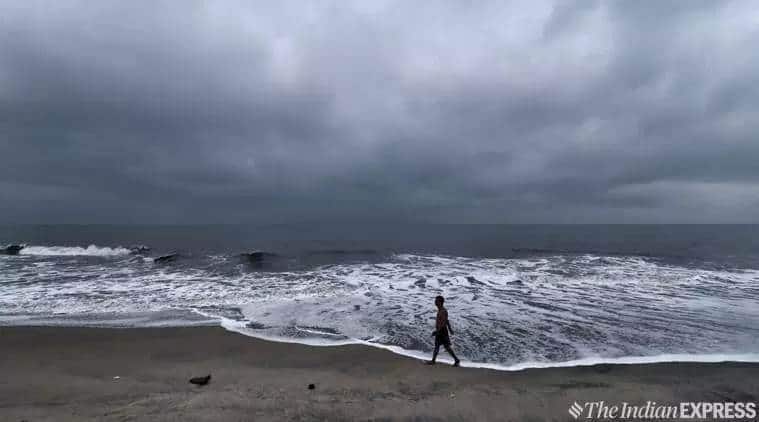 With the monsoon making its way across most of the country, large parts of southern, central and eastern India witnessed rainfall on Wednesday. Rains lashed parts of Tamil Nadu, Kerala and Andhra Pradesh in the south; parts of Maharashtra, Goa and Gujarat in the West; West Bengal and Sikkim in the East.

On the other hand, there has been no respite for states in the north. Heatwave conditions continue to prevail in Jammu, while Delhi, Himachal Pradesh and Chandigarh reeled under high temperatures. In Rajasthan, Bikaner recorded the highest maximum temperature at 43.5 degrees Celsius. While Uttar Pradesh recorded hot and humid weather, some parts are likely to experience light showers Thursday.

On Wednesday, the maximum temperature in Delhi was recorded at 41 degrees Celsius, four notches above normal. Rains are not forecast for the national capital till after the weekend. The monsoon is expected to arrive in Delhi around July 1.

Mumbai, which received its first showers from the southwest monsoon two days ago, has been receiving showers. Rains are expected in the city, and the state, as the monsoon makes its way further north.