Cyclone Jawad forms in Bay of Bengal, to travel along Andhra-Odisha coast on Saturday 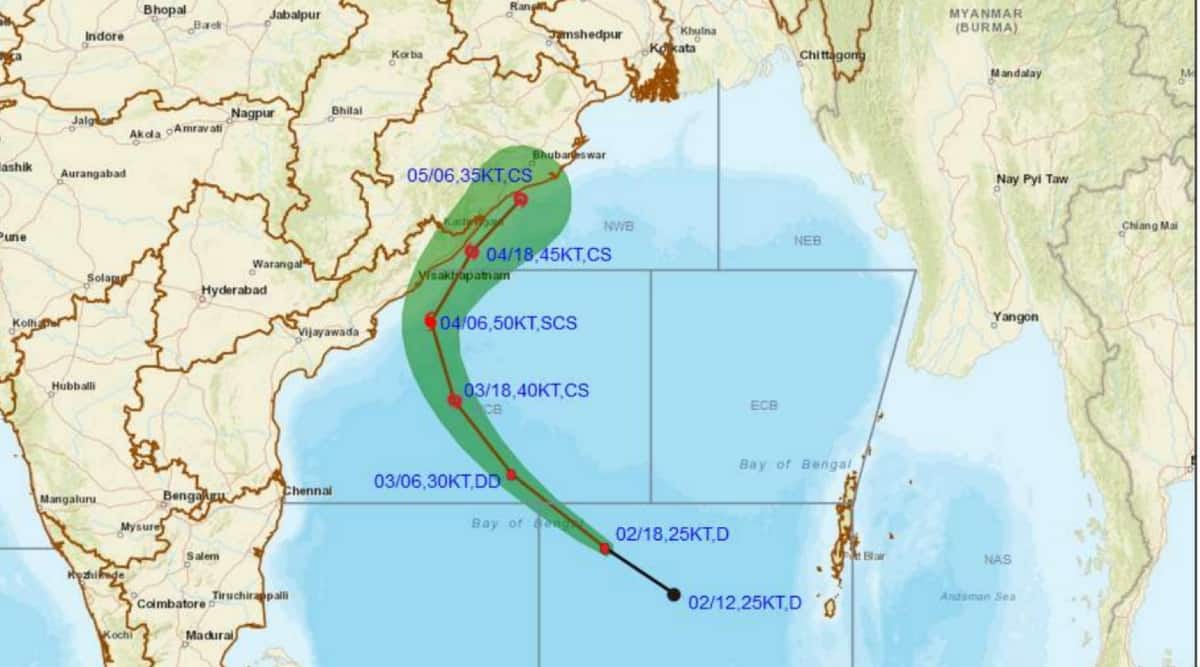 Cyclone Jawad formed in the Bay of Bengal around noon on Friday, and is expected to travel along the Andhra Pradesh and Odisha coasts on Saturday before reaching Puri district on Sunday morning, the closest it will get to land. This is the third cyclone after Yaas and Gulab to reach Odisha in 2021.

Mrutyunjay Mohapatra, Director General, India Meteorological Department (IMD), Friday said the cyclone would come closest to land near Puri district around noon on Sunday. The maximum impact will be when the cyclone intensifies to the ‘Severe Cyclone’ category, bringing with it very heavy rainfall and gusty winds with speed picking up to 110 kmph between the mornings of Saturday and Sunday.

With such windy conditions expected to prevail during the next 48 hours, the IMD has advised complete suspension of all fishing, tourism and deep-sea activities till Monday.

The maximum predicted wind speed, ranging between 90 to 100 kmph gusting to 110 kmph, is expected to prevail between Saturday and Sunday morning. The highest impact is expected over Visakhapatnam, Srikakulam, Puri, Ganjam, Gajapati, Bhadrak, Balasore and Nayagarh districts.

“The rainfall intensity over Andhra Pradesh and Odisha will increase from Friday evening. The cyclone is expected to travel along the Andhra Pradesh and Odisha coasts during the evening hours of Saturday, and will come closest near Puri on Sunday morning. The cyclone will then recurve and move north-northwest towards West Bengal, where heavy to very heavy rainfall will commence from Sunday onwards,” said Mohapatra.

Explained |How are tropical cyclones named?

With Saturday also being a new moon day, tidal waves reaching 4 to 5 metres above astronomical tide are expected, and severe storm surge could result in inundation of greater expanse of the low-lying areas along the coastal districts. Similarly, on Sunday, tides over one metre above the astronomical tidal waves are predicted.

On Friday and Saturday, the IMD has warned of heavy to very heavy rainfall (64.4mm to 204.4mm in 24 hours) along coastal Andhra Pradesh, Odisha and West Bengal. From December 6, the rainfall intensity will reduce and shift towards the northeast regions, where moderate intensity rainfall is forecast till December 6.

“Presently, 46 teams of the National Disaster Response Force (NDRF) have been deployed across the three states which will come under the influence of Cyclone Jawad. All coastal districts have been covered and the teams have been already pre-positioned,” said Atul Karwal, Director General, NDRF.

While 12 teams have been deployed in Andhra Pradesh and Odisha each, there are 18 in West Bengal, besides two teams each in Tamil Nadu and Andaman and Nicobar Islands.

In addition, 18 more teams are available for deployment as per requirement, Karwal said.

Bhubaneshwar, Cuttack and Kolkata cities will experience heavy downpour during the weekend, the IMD officials said.

Assam, Meghalaya, Mizoram and Tripura will come under the influence of the cyclone and cause moderate rain during Sunday and Monday.