Exclusive for Subscribers from Monday to Friday: The Indian Express UPSC Key January 25, 2023 will help you prepare for the Civil Services and other competitive examinations with cues on how to read and understand content from the most authoritative news source in India.

UPSC Key 2023: Here's what you should be reading from the January 25, 2023 edition of The Indian Express. (Express Photo by Anil Sharma)

Important topics and their relevance in UPSC CSE exam for January 25, 2023. If you missed the January 24, 2023 UPSC key from the Indian Express, read it here

• What’s the ongoing story- Days after Pakistan Prime Minister Shehbaz Sharif said that his country has learnt its lesson from three wars and wants to live in peace with India, New Delhi has reached out to Islamabad with an invitation to join the Shanghai Cooperation Organisation (SCO) foreign ministers’ meeting in Goa, The Indian Express has learnt.

• For Your Information-The dates being looked at, as of now, are May 4 and 5. If Pakistan accepts the invite, it will mark the first such visit in nearly 12 years. The last Pakistani Foreign Minister to visit India was Hina Rabbani Khar in July 2011. Apart from India and Pakistan, the SCO includes China, Russia, Kazakhstan, Kyrgyzstan, Tajikistan and Uzbekistan. Similar invitations have been sent to the foreign ministers of China and Russia along with the Central Asian countries. But India’s invitation to the Pakistan Foreign Minister is particularly significant, given the all-time low in bilateral relations.

• ‘Pakistan and India must resolve their bilateral issues, especially the core issue of Jammu & Kashmir, through dialogue and peaceful means’-Know the historical background

• What is going on in Pakistan’s economy?

• “Geoeconomics” rather than geostrategy between India and Pakistan-Comment

• How many times India and Pakistan go to war?

• “Pakistan has learned its lessons” from its three wars with India-What impact has the war had on both countries?

• What makes peace elusive between India-Pakistan in present scenario?

• Major ‘changes’ in Indian diplomacy in the last eight years of New Delhi’s towards Pakistan-What is that ‘Change’?

• Do You Know-Ties between India and Pakistan have nosedived over the past eight years. In August 2015, India had extended an invitation to Pakistan Foreign Minister Sartaj Aziz. But the visit was called off after the then External Affairs Minister, the late Sushma Swaraj, asked Aziz to desist from meeting the Hurriyat in India. The last External Affairs Minister to visit Pakistan was Swaraj in December 2015 for the Heart of Asia conference in Islamabad. Subsequently, bilateral ties deteriorated with the terrorist attacks in Pathankot (January 2016), Uri (September 2016) and Pulwama (February 2019). And they hit a nadir with the abrogation of Article 370 in J&K, which led to downgrading of diplomatic ties, suspension of trade and review of arrangements, and a halt on all cross-border bus and train services.

• What’s the ongoing story- As Egypt’s President Abdel Fattah El-Sisi meets Prime Minister Narendra Modi on Wednesday in their first meeting since 2017, India and Egypt are working overtime to deepen cooperation in areas as diverse as agriculture, cybersecurity, defence, trade, tourism, and education. Sisi will be the first Egyptian President to be chief guest at the Republic Day celebrations on January 26, a day after his meetings with India’s top political leadership — from Prime Minister Modi to President Droupadi Murmu.

• ‘An invitation to the Egyptian President this year is considered significant’-Why?

• Why is being the Chief Guest at India’s Republic Day such a great honour?

• Which country has been guest of honour in our Republic Day for the maximum number of times?

• How is the Chief Guest chosen?

• What happens after the MEA has zeroed in on its options?

• Can things go wrong during the visit?

• How many times there was no chief guest in Republic Day?

• India and Egypt-Know the historical background

• What are the similarities of Egypt and India?

• What’s the ongoing story-The Army has initiated the process to acquire three niche technologies to sharpen its combat edge, including 130 tethered drone systems for surveillance purposes for long duration and 100 robotic mules for logistics requirements in far-flung border areas.

Additionally, it has initiated the process to procure 48 jetpack suits — a turbine-based individual mobility platform.

• A tethered drone system comprises of what?

• What is difference between UAV and drone?

• For Your Information-In a Request for Proposal (RFP) issued on Tuesday, the Army said each tethered drone system will comprise two aerial vehicles with combined Electro Optic/Infrared Payloads, one remote video terminal and generator set, one battery charger, one spare battery per drone and a modular carrying case for the system. The systems are required to have a minimum 60 per cent indigenous content and will be procured under the ‘Buy India’ category.

• ‘In April 2022, The Army had issued a Request for Information (RFI) for anti-armour loiter ammunition for its mechanised forces which can be used on enemy tanks and other targets in the plains and deserts of Western India as well as on high altitude areas in the Northern borders in Ladakh’-What exactly is a CALM System?

• How these drones will have an advantage over others in the Army’s Inventory?

• How jetpack suits will be the game changer for Indian defence forces?

• What are the other Request for Information (RFI) that the Army has issued?

• What use of the equipment has been specified in the Request for Information (RFI)?

• Has this kind of system been used in combat?

• What is Anti-drone technology?

• What’s the ongoing story- Prakash Singh Writes: A conference of the Directors General of Police of all the states and union territories is being held in Delhi from January 20 to 22. The conference, according to media reports, will be discussing emerging trends in militancy and hybrid militancy in Jammu and Kashmir, counter-terrorism, cryptocurrency, drug trafficking, radicalisation and other important matters. The Prime Minister will be attending all the sessions of the three-day conference.

• Why conference of the Directors General of Police is significant?

• For Your Information-This conference, which is an annual feature, is organised by the Intelligence Bureau and its deliberations are presided over by the Director, IB, who is considered primus inter pares among the senior-most police officers of the country.

• ‘The subjects covered are comprehensive and embrace the wide spectrum of problems confronting the country. However, there is a serious lacuna’-What is that lacuna as per the author of this article?

• ‘The strength of a chain, as they say, is determined by its weakest link, and the weakest link today is the police station’-Analyse the given statement

• What are the fundamental issues confronting the Indian Police?

• Do You Know-According to the Status of Policing in India Report 2019, police in India work at 77 per cent of their sanctioned strength and these personnel work for 14 hours a day on average. There are 70 police stations which have no wireless, 214 police stations that have no telephone and 240 police stations that have no vehicles. Housing facilities are unsatisfactory. Training of personnel is abysmal; the training institutions have not kept pace with the changing paradigm on the law or crime front and are manned generally by unwanted, demotivated officers. Technology support leaves much to be desired; the criminals are, in fact, way ahead of the police.

• ‘The Prime Minister, at the Guwahati conference of senior police officers in 2014, enunciated concept of SMART Police’-What is SMART Police?

• Know the Components of SMART Police

• General Studies II: Government policies and interventions for development in various sectors and issues arising out of their design and implementation.

• What’s the ongoing story- Bina Agarwal Writes: Once again there is a clamour to replace diverse personal laws with a Uniform Civil Code (UCC), applicable to all Indians, irrespective of religion, gender or caste. Some states (for example, Uttarakhand) are already drafting one.

• ‘Yet no one seems to be addressing critical questions on how such a Code would be defined’-What exactly the author of this article is saying?

• As per the author, “the UCC discussion has focused largely on marriage, eliding the intricate issue of inheritance”-Do you agree?

• Article 44 of the Indian Constitution and Uniform Civil Code-What is the ongoing debate?

• What is Article 44 of Indian Constitution i.e. Uniform Civil Code?

• Difference Between Fundamental Rights and Directive principles of State Policy

• Issues and Controversy with Uniform Civil Code and Why it has not been Implemented even after seven decades of Independence?

• Know how the government’s stance on a uniform civil code (UCC) has evolved between the year 1991 to 2004?

📍An Expert Explains: The issues in uniform civil code

Colombo: The view from Delhi

• What’s the ongoing story– External Affairs Minister S Jaishankar’s visit to Sri Lanka, after his visit to the Maldives, conveyed 1) glad tidings, 2) a much delayed invitation, and 3) two strong messages on India’s expectations of its nearest Indian Ocean neighbour. Taken together, the three provide an understanding of how Delhi views its relations with Colombo

• Last year, Sri Lanka faced the worst ever economic crisis since its independence-How is India helping Sri Lanka in this crisis situation?

• Why is Sri Lanka’s economy in trouble?

• What Is a Currency Swap?

• How a Currency Swap Works?

• What Is a Credit Line?

• How Does a Credit Line Work?

For any queries and feedback, contact priya.shukla@indianexpress.com
The UPSC KEY Indian Express is now on Telegram. Click here to join our channel and stay updated with the latest Updates. 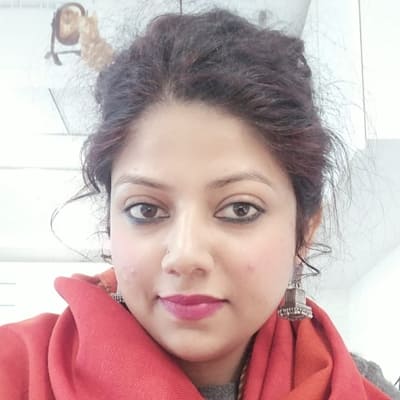