‘Work from wedding’: Video of groom with laptop at mandap goes viral

Sitting on a couch on the other side of the wedding hall, the Maharashtrian bride is seen laughing out loud as the camera panned to show her. 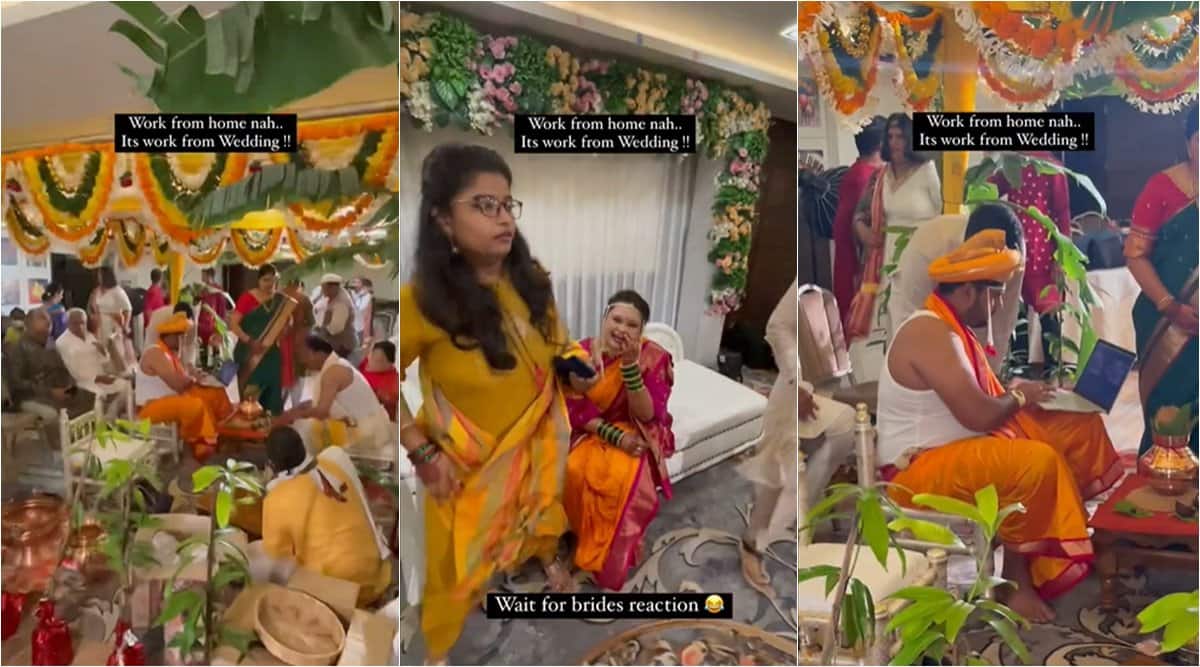 The scene from a recent Marathi wedding has left netizens in splits online. (jayraj_photo_phactory/ Instagram)

In 2020, the global pandemic popularised the phrase ‘work from home’. Although the situation ensured we got to spend more time with our families at home, many complained that their work-life balance went for a toss.

Now, a hilarious video of a groom working on his laptop on his wedding day is viral on social media.

In a clip shared by a popular wedding-related Instagram page, the groom is seen sitting at the mandap with the device on his lap. As he works on his laptop, the guests and the pandit can be seen waiting for him, to start the ritual. But what really left netizens laughing was the bride’s reaction.

Sitting on a couch on the other side of the wedding hall, the Maharashtrian bride is seen laughing out loud as the camera panned to show her. Finally, the camera turns back at the groom once again, who by then had handed over his device to someone else and was ready to get married.

“Work from home nah…Its work from wedding,” the text on the Reel video read.

While many were left in splits and wondered what was so important to do on his wedding day, others slammed toxic office culture. However, as the clip went viral, some of the people who had attended the wedding, clarified that the groom wasn’t working. “He is just setting up video calls so that other people can attend the virtual weddings,” a user wrote. 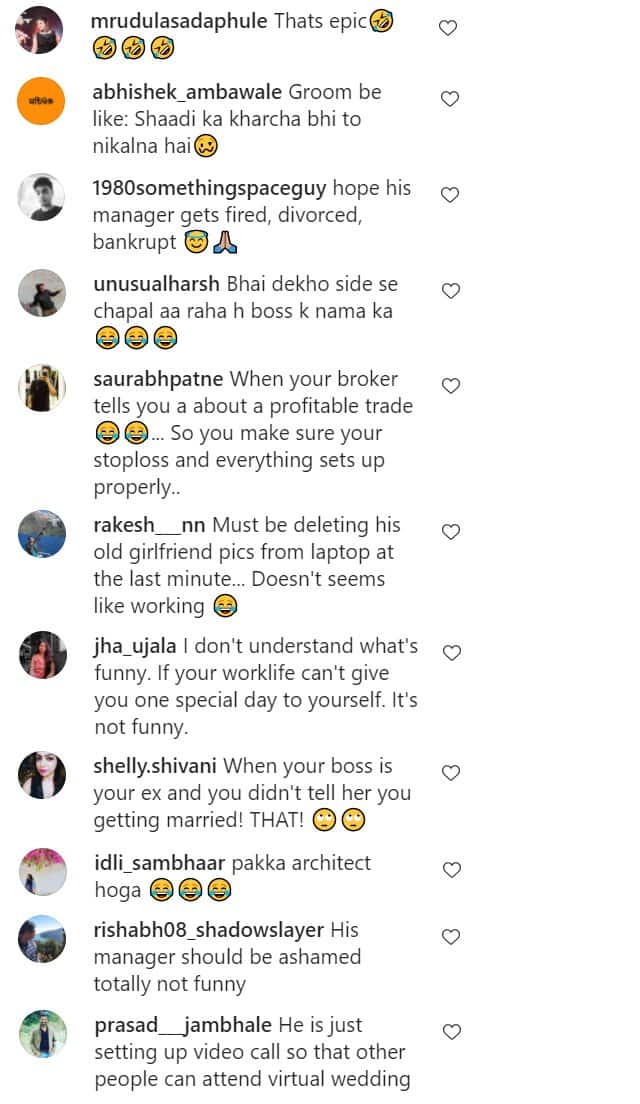 Earlier in February, a photo of a groom hooked to his computer screen while the newlywed bride waited for him went viral, sparking a crazy meme-fest.