The California Department of Fish and Wildlife received several phone calls about the sighting of the adult bear, and were finally able to catch the animal. 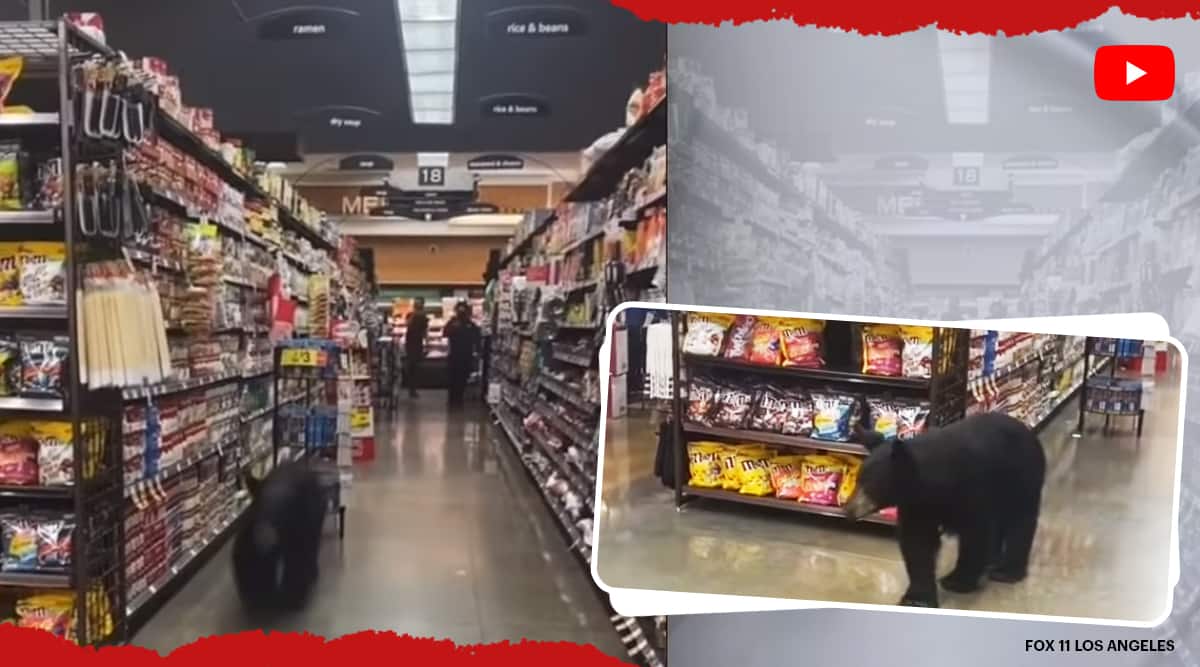 Many, including actor Tisha Campbell, who was present at the shopping store, took to social media to share a video of the bear.

Shoppers at a grocery store in California were left startled after they spotted a black bear casually walking around the aisles.

In a video, which has now gone viral on social media, the animal is seen wandering around the supermarket before walking out of the store. According to CBS Los Angeles, the incident took place at Ralph’s store in the Porter Ranch neighbourhood of Los Angeles

In an interview with the news website, David Balen of the Porter Ranch neighbourhood council said that he was glad that nobody came in contact with the bear, as anything could have happened.

The California Department of Fish and Wildlife (CDFW) received several phone calls informing them of the sighting of the adult bear, and were able to finally spot the 120-pound animal hiding under a trailer near a Walmart store, the website reported. The bear was then tranquillised and taken to the Angeles National Forest, the report added.

Many, including American actor Tisha Campbell, who was present at the shopping store, took to social media to share a video of the bear.

Another person, Maria Campbell, shared pictures of the animal at a parking lot and wrote. “So this just happened… at the ATM in porter Ranch and feel something sniffing my ankle look down and Oh Sh… it’s a bear. He then gets scared and runs into Ralph’s grocery store, we were able to get him out with carts. Really??? Haven’t even had coffee yet.”