WATCH: Bear takes on dog in the playground; you won’t believe who wins and how

Who won in the end? You'll have to find out yourself. 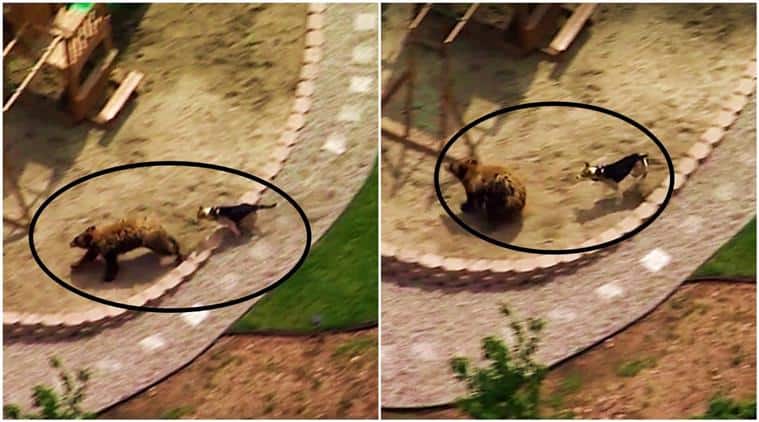 Watching two animals fight is quite intriguing, isn’t it? A similar sight was encountered when a bear wandered into a residential area in California by mistake. The bear leapt across the sprawling lawns of the bungalow and then went on to cool itself in the pool. After taking a dip, it came out into the open and started exploring the rest of the area.

ALSO READ | WATCH: This horrifying video of a circus lion biting into keeper’s throat will freak you out!

It seems like the bear ran into an adjacent forest area to feast on fruits for a while and then was about to make its way back into the house again. But, a dog saw the bear roaming around and sped behind it in an attempt to chase it away. Even though the dog is half the size of the bear, it charges towards the latter ferociously. Who won at the end? You’ll have to find out yourself.