‘I love youuuuuuuuu’: This is the cutest video you’ll see today

This 15-month-old baby mimics her mother’s singing in the cutest of ways. 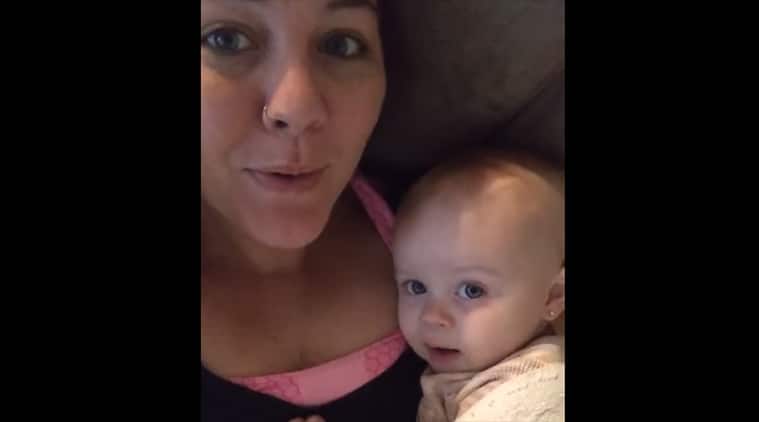 We guarantee that you will play this delightful video several times today. (Source: Dennis Neely/Youtube)

What can be the most adorable thing to hear? A child telling their parent, “I love you”, would most likely be towards the top end of that list. Now, what if that child was all of 15 months old, and mimicking her mother’s singing voice — almost tune for tune?

Father of three, Dennis Neely uploaded a video of his wife Michelle cradling their 10-month-old daughter, Gemma Kate. Michelle starts singing ‘I love youuuuuuuu’ in a theatrical way, to which baby Gemma — eyes wide open — mimics her mom in the most adorable way possible; and pretty much bang on too! (We’re sure I love you is the same as ‘Ya ya ooooooo’ in baby language.)

The video’s gone viral with over 2 million views, and countless requests to be used on various TV channels, if Dennis’ comment section is anything to go by. And given this little baby’s vocals, don’t be surprised if she’s spotted as a singing talent in a decade and a half.

Till then, we guarantee that you will play this delightful video several times today.

Next video: This actor’s impression of Kanhaiya Kumar in Yatra.com ad is spot on!

Watch other such videos here.