VIDEO: Dog saves the day; rescues woman from an attacker

Dogs are said to be a human's best friend. It was proved yet again, when a woman was saved by a dog in Montenegro just as a robber attacked her in broad daylight. 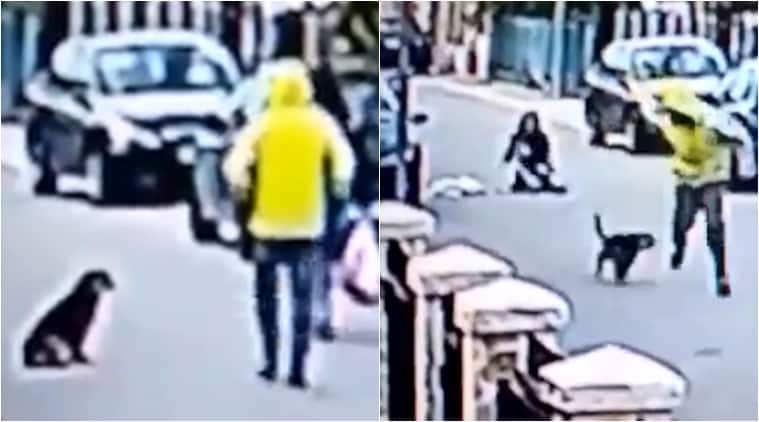 Not just cuddling and loving their owners, dogs are also known for protecting their owners and fighting crime. Trained or not, the species have proven their loyalty to humans umpteen times in the past. In another such shocking tale, a dog saved a woman who was attacked by a robber in broad daylight. The incident came to light when the CCTV footage of the attack was posted on a Facebook page Podgoricki Vremeplov.

In the 0.23-second clip, the lady can be seen walking on the road unaware of the man following her. After a couple of moments, he paced towards her and attacked her from behind. The man, who was wearing a yellow hoodie then pinned down the woman on the floor and tried to rob her. Sensing danger, the dog who was initially sitting on the side, attacked the robber and chased him away. The clip was filmed in Podgorica, the capital of Montenegro, as reported by RTCG.

Have you ever been saved by a dog? Tell us in the comments section below.

Bali volcano hurls ash for second time in a week