Viral: BMW, Ferrari and Lamborghini stuck in Bangalore traffic behind a BMTC bus

That moment when three beasts are stranded helplessly behind a desi gunda - the BMTC bus. When you own a Rs2.29 crore car would you wish to be stranded behind a BMTC bus? In Bangalore not just one but three magnificent beasts – BMW i8, Lamborghini Aventador and Ferrari 458 Italia, had to patiently wait in the traffic behind a Karnataka government run bus. Its not everyday that we get to see these three beauties on streets, good for us that enthusiastic photographer Anil Kapse captured it in his camera. The photograph instantly went viral on social media.

Not only a picture but he also shot a video, watch it here: 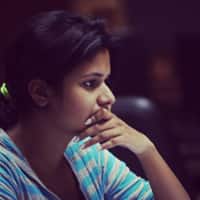 Aditi MalewarAditi is a trainee sub-editor. She is an alumna of Asian College of Jo... read more