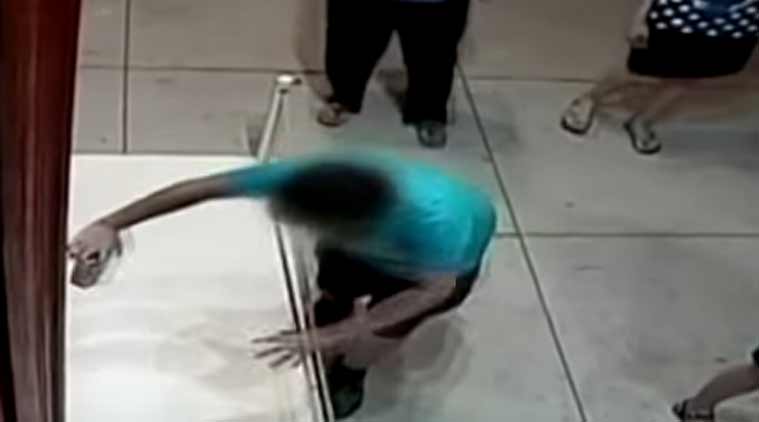 A video of a 12-year-old boy in Taiwan, who accidentally punched a hole in a 17th century painting worth over a million dollars, has gone viral on the Internet.

The CCTV footage shows the boy tripping and his hand lands straight onto the painting, where he’s managed to do some serious damage. After the fall, the boy just stands there awkwardly wondering, if some punishment is coming his way soon.

According to a report on The Guardian the painting that was damaged was a 350-year-old Paolo Porpora oil canvas called Flowers, and it is valued at $1.5m.

Watch the video below: (App users click here for video)

Thankfully the boy’s family has not been asked to pay the damages. According to a report by Focus Taiwan News while the boy left fist-sized hole in the painting, he only damaged the bottom half of the painting.

The report adds that the organisers of the exhibition expect the “insurance company to cover restoration costs and compensate the owner of the painting.”

The painting was displayed as part of an exhibition titled “The Face of Leonardo, Images of a Genius” which had over 50 authentic paintings by artists from the Italian Renaissance period to 20th century.