A man from Kerala has shared a clip with the Argentinian fan and it has raked up likes on Instagram. 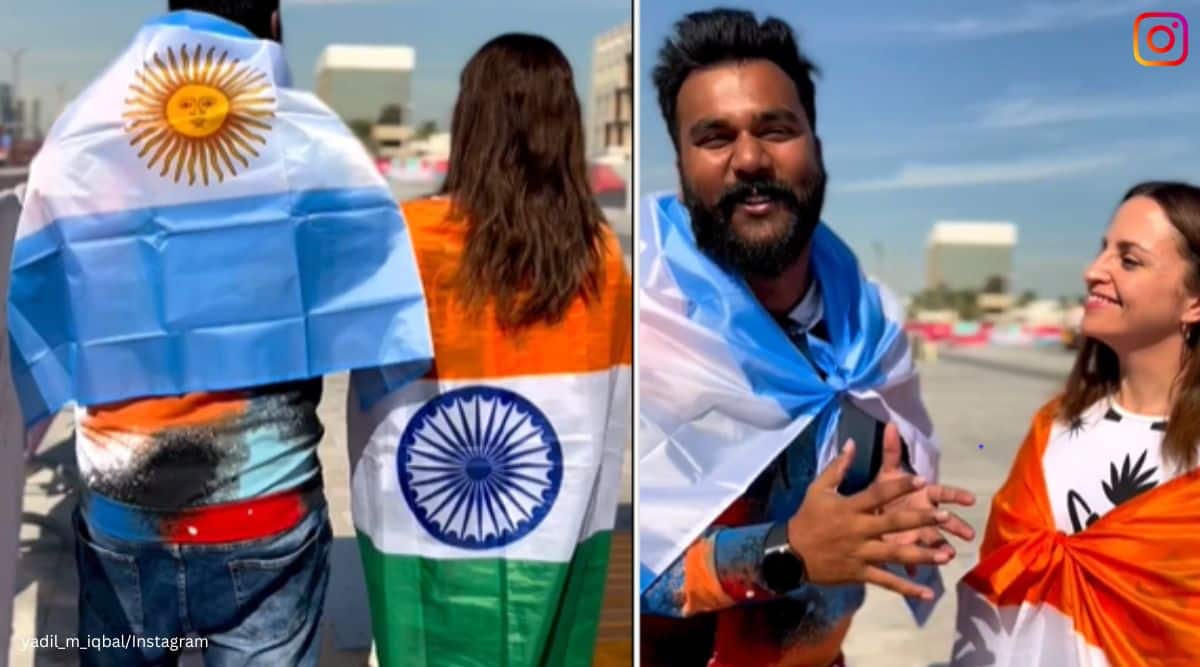 An Indian who spotted an Argentinian with the Indian tricolour wrapped around her recently posted a video clip that has now amassed more than 7 lakh likes on Instagram.

The ongoing FIFA World Cup in Qatar has drawn thousands of fans from across the world, irrespective of whether or not their country is playing in the tournament. Indian fans are no different. An Indian who spotted an Argentinian with the Indian tricolour wrapped around her recently posted a video clip that has now amassed more than 7 lakh likes on Instagram.

In the video, the man from Kerala and the woman from Lionel Messi’s homeland are seen with flags wrapped around them. While the Indian man has the Argentinian flag, the woman has the tricolour in her hands. Both of them turn to face the camera. The man, speaking in Malayalam, says that he spotted her during Argentina’s game. She was wearing India’s flag and told him that Indians love Argentina so much, that is why she was wearing the tricolour.

As the woman smiles brightly, he adds that whenever he spots a fan from Brazil, Portugal or any other country, he shows them photographs from Kerala as proof of his state’s love for football. Hopefully, he says, one day, Lionel Messi, Neymar Jr or Cristiano Ronaldo would notice the craze and play for Kerala Blasters or any other league in the state.

“Divided by nation united by football Thank you @leticiaestevez for loving our nation,” reads the caption of the post. Since being shared on Friday, the clip has amassed more than 7,12,000 views on Instagram. Football lovers were delighted with the woman’s act. A user commented, “Thanks for making this beautiful moment.” Another user wrote, “Best stage to express our culture and our quality. Lot’s of people United for the World Cup. Show them your best bro.”

Argentina faced a shocking defeat against Saudi Arabia Tuesday after the latter scored two goals in the game’s second half. Argentina will face Mexico Saturday.