Ahead of the streaming of Navarasa, the film's montage lit up the tallest building in the world - Burj Khalifa in Dubai. A video of locals and tourists enjoying the show was released on Friday. 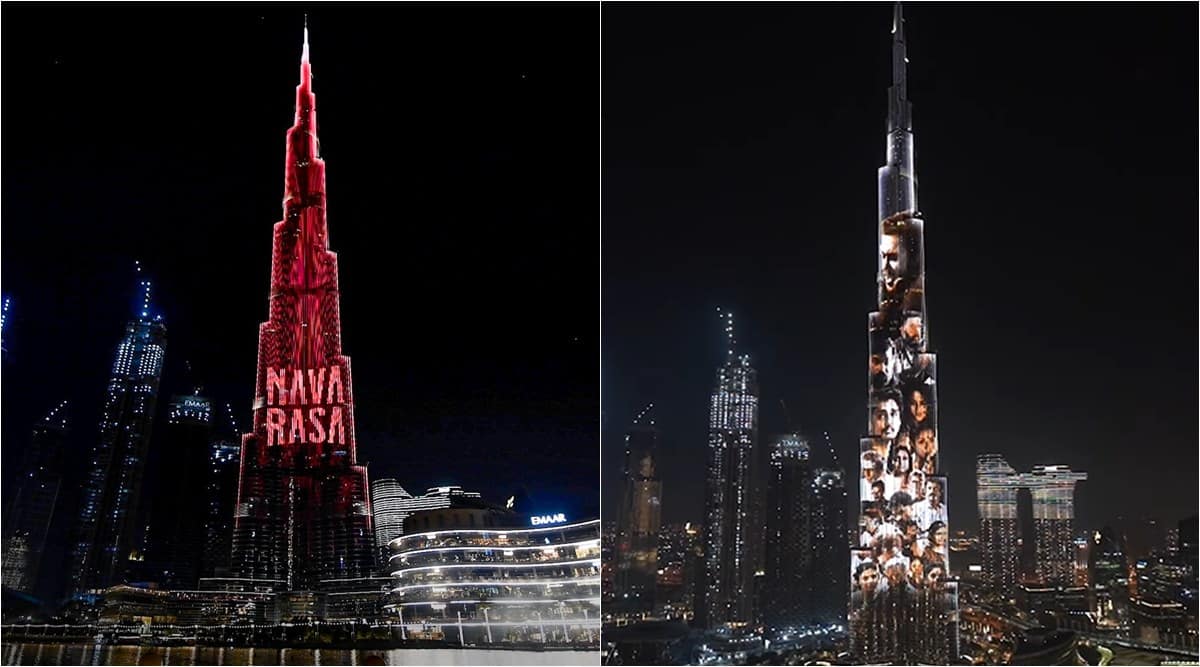 As the much-awaited Tamil anthology drama Navarasa was released on Netflix on Friday, it created a huge excitement among fans. To celebrate the release, the streaming platform projected a snippet from the film’s trailer on the world’s tallest building, the Burj Khalifa, leading to a social media frenzy.

The company said the initiative was to spread the excellence of Tamil cinema at the world stage. The epic project that saw coming together of some of the finest and most acclaimed talent from the industry. It has been produced by industry veteran Mani Ratnam along with filmmaker Jayendra Panchapakesan.

“While the spectacular creative community of Tamil cinema came together for this one-of-a-kind project, many leading icons of the industry graciously offered their services pro-bono contributing the proceeds from the films towards the well-being of film workers in Tamil cinema impacted by the pandemic,” Netflix wrote while sharing the video.

Music composers AR Rahman, D Imman, Ghibran and top cinematographers Santosh Sivan, Balasubramaniem, Manoj Paramahamsa are also part of the project. As the actors of the drama were seen on the projection of 828-metre skyscraper, the project’s signature music titled ‘Symphony Of Emotions’ was heard in the background.

According to its makers, Navarasa is a charity project, and the proceedings from the film will benefit about 12,000 employees of the industry, who have lost work owing to the devastating coronavirus pandemic.