After putting meaningful and creative spins to popular memes, the Mumbai Police band has been taking social media by storm ever since they released the first video where they played the iconic James Bond theme. 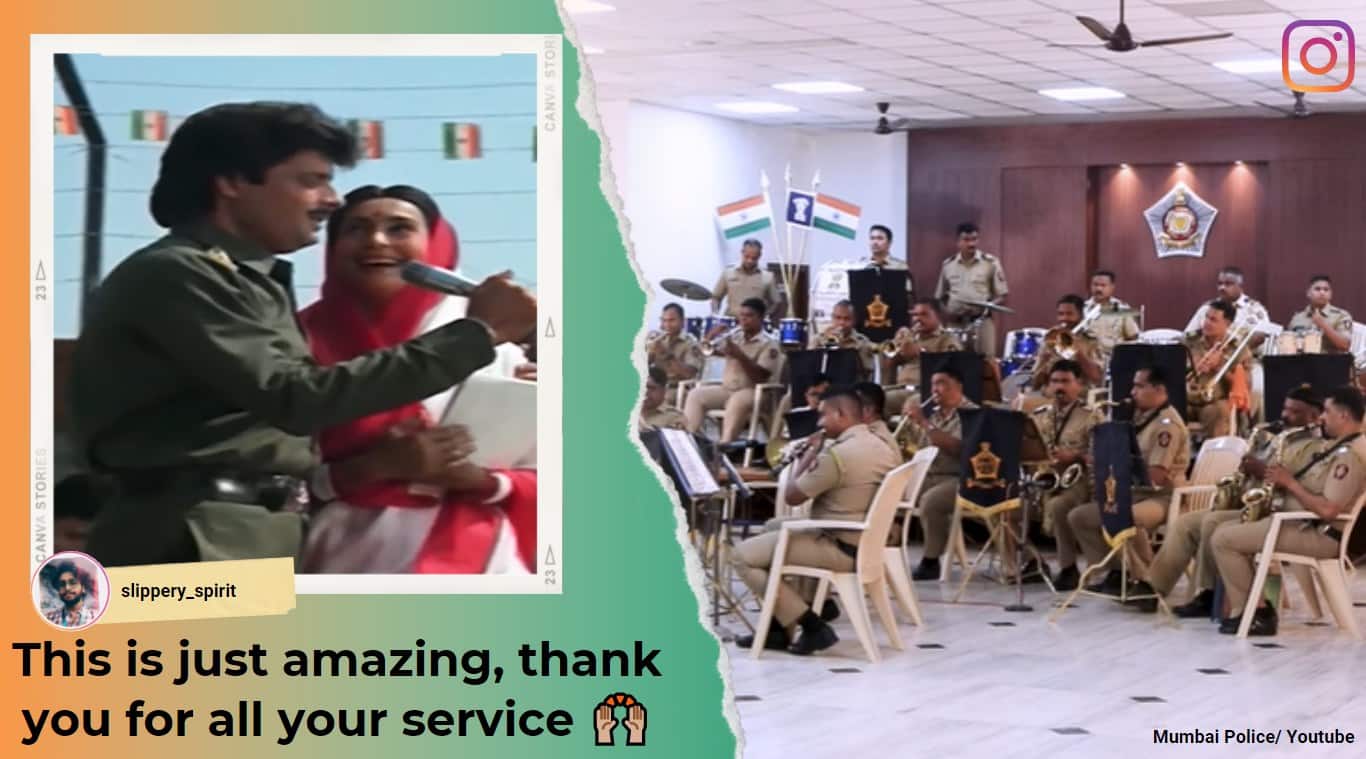 Time and again Mumbai Police have won the internet over with their witty social media posts. Apart from memes and wordplays, the law enforcement has even managed to make waves with their band, Khaki Studios. This time they shared a video playing a classic Hindi film song leaving netizens impressed.

Playing the famous ‘Aye Watan Tere Liye’ from 1959 film Karma, the cops once again managed to tug at people’s heartstrings. Expressing their patriotism through music, Mumbai Police quoted the song’s lyrics while sharing a video of their rendition.

After putting meaningful and creative spins to popular memes, the police band has been taking social media by storm ever since they released ther first video where they played the iconic James Bond theme. While their previous choices attempted to explore different themes apart from national pride, the latest echoes the patriotic sentiment.

Previously, in their true style of being relevant for the younger generation, the cops also joined the Money Heist craze. They also released an enthralling performance of the Netflix series’ theme song ‘Bella Ciao’, which left netizens rather confused, as it was the song of the rebels.

Like their other performance, this too was on-point and created a huge buzz across social media platforms.