The photo has started a series debate online with some praising it as creative and practical solution, others simply wanted to cherish their favourite breakfast item as it it. 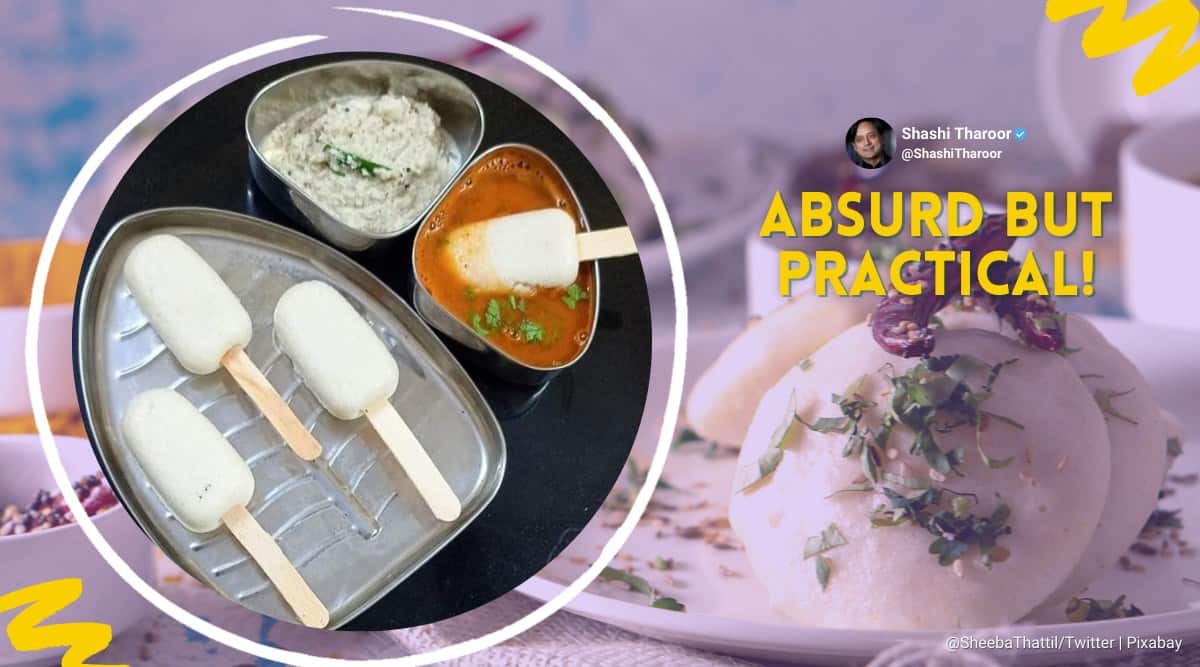 While come called it convenient others were unimpressed.

Giving innovative twists to traditional dishes and cuisines is not new and is a practice followed by chefs around the world. However, the trend of fusion food is being taken a bit too far these days. Latest to join the list is idli popsicle!

After butter chicken golpappe, a photo of ‘idli ice-cream’ has taken social media by storm and started a serious conversation online, leaving food lovers divided. In the image going viral, fluffy round idlis have got an usual makeover – shaped like a chocolate bar, tucked into a ice-cream stick. But what really left all feeling unsure was the chunky idli stick being dipped in sambhar!

Although the origin of the dish is not known yet, people sharing it online credited it to be an innovative food technology from Bengaluru.

Innovative food technology of how the Idli got attached to the Ice cream stick.
Bengaluru and it’s food innovations are always synonymous!@vishalk82 pic.twitter.com/IpWXXu84XV

As the image started doing rounds across social media platforms, it has started a series debate online with some praising it as creative and practical solution, others simply wanted to cherish their favourite breakfast item as it it.

Excitedly clicked on the trending #Idli & found #IceCream in sambar instead😂 pic.twitter.com/uSjO7Du3JE

Idli on stick. What next upma and poha in ice-cream cones? pic.twitter.com/j6JyH0aAmb

Bengaluru, India’s innovation capital can’t stop its creativity from manifesting itself in the most unexpected areas… Idli on a stick—sambhar & chutney as dips…Those in favour, those against?? pic.twitter.com/zted3dQRfL

Kuchchi idli with chutney & sambar – someone sure has been plagiarising the ice cream look! pic.twitter.com/PH6K57o3V1

Bengaluru’s Smart Move On Idli’s. Now Ice Cream Lovers Will Be Amazed of this idea. Really Proud. Only if I could know how they made it😂. Anyways,Love the Idea. Waiting for Your Upcoming Ideas. #IdliForLife pic.twitter.com/zV7ieSbbvB

As a north indian I take offense to idli being eaten like an ice-cream rolled around a wooden stick.

Idli on a stick, with sambhar and chutney. Might cause riots in south India, but it’s a good idea – kids don’t wash hands before eating these days. pic.twitter.com/FzGiXPxAOH

Wow , never thought of this . Now it looks like coconut ice cream and idli ice cream have become common.

People from other side are trying to save the trees and finding alternatives, here these guys are wasting those sticks unnecessarily in the name of creativity!

For heaven’s sake leave it alone, Dose is already messed up with so called creativity and now u want to spoil this as well

Looks more like a popsicle / ice pop being dipped in Sambar! 🙂 (An Idli doesnt melt – picture shows some white fluid on the left stick)

Call me old school but I want my idli the way they are….round and fluffy! Something I can eat with my hands. The only thing I want on a stick is ice cream.