The video shared by Twitter user Mahesh Sharma has garnered over 8,000 views so far. 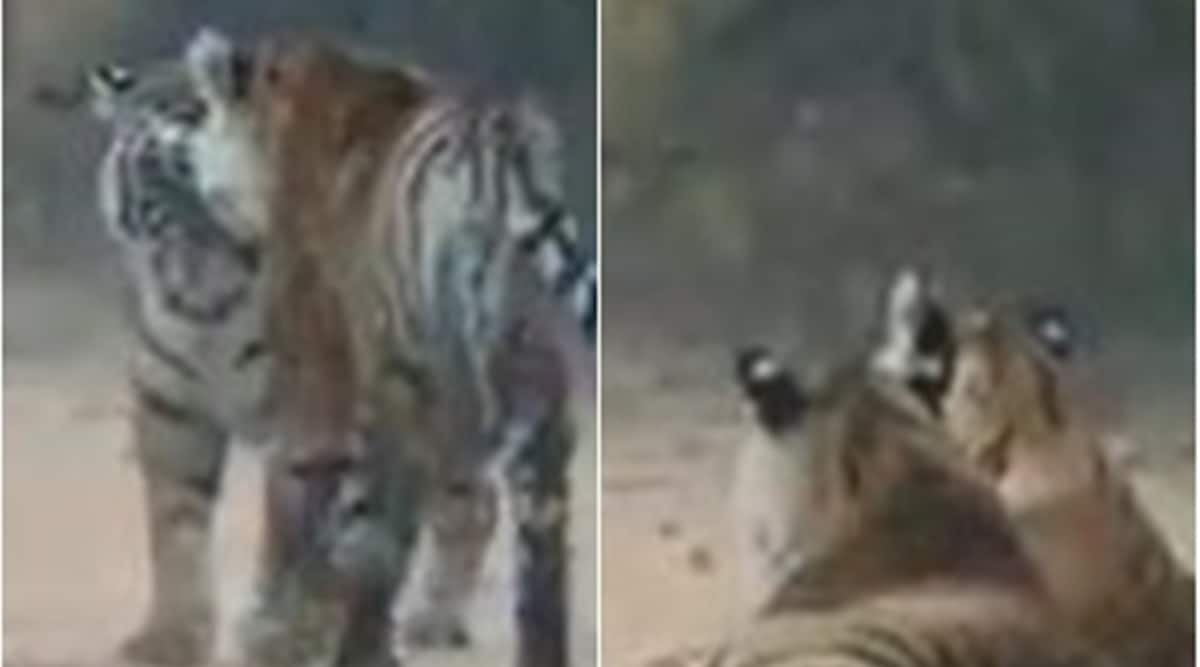 The video garnered over 8,000 views

In a video which has been doing rounds on social media, a tiger can be seen approaching another in Sariska Tiger Reserve in Rajasthan’s Alwar. However, what intrigued netizens was the two felines rubbing their faces against each other.

Initially, in the video, a tiger can be seen sitting on the muddy pathway inside the forest. Soon, another big cat emerges from the wilderness and walks up to the one resting.

As it approaches closer, the resting tiger stands up promptly. In a display of affection, both the tigers started rubbing their faces against each other. However, for a very short time, both the felines are seen getting startled at each other’s presence but are soon seen regaining their calm and hitting the ground to take rest.

The video shared by Twitter user Mahesh Sharma has already garnered over 8,000 views. Meanwhile, another user shared photographs of the felines in the comments section.

It’s good to learn that Tigress ST 19 has been sighted with cubs in Sariska. Nice to see the wildlife thrive in Rajasthan. pic.twitter.com/B6taGiYKEB

The number of tigers in Sariska National Park has increased to 25, with 11 females, eight males, and six cubs, PTI reported.

Sariska had lost all their tigers between 2004 and 2008 mainly due to hunting and poaching. Later, the Rajasthan government took up the challenge to reintroduce tigers in Sariska and set up a task force in June 2008, with the collaboration of several national and state agencies, indianexpress.com had reported.

Situated in the Aravali Hills covering 800 square kilometre, the Sariska Tiger Reserve is devoid of grasslands, sports dry deciduous forests, sheer cliffs and a rocky landscape. In 1958, the reserve was declared a wildlife sanctuary. In 1979, it came under “Project Tiger”, as per sariskanationalpark.com.