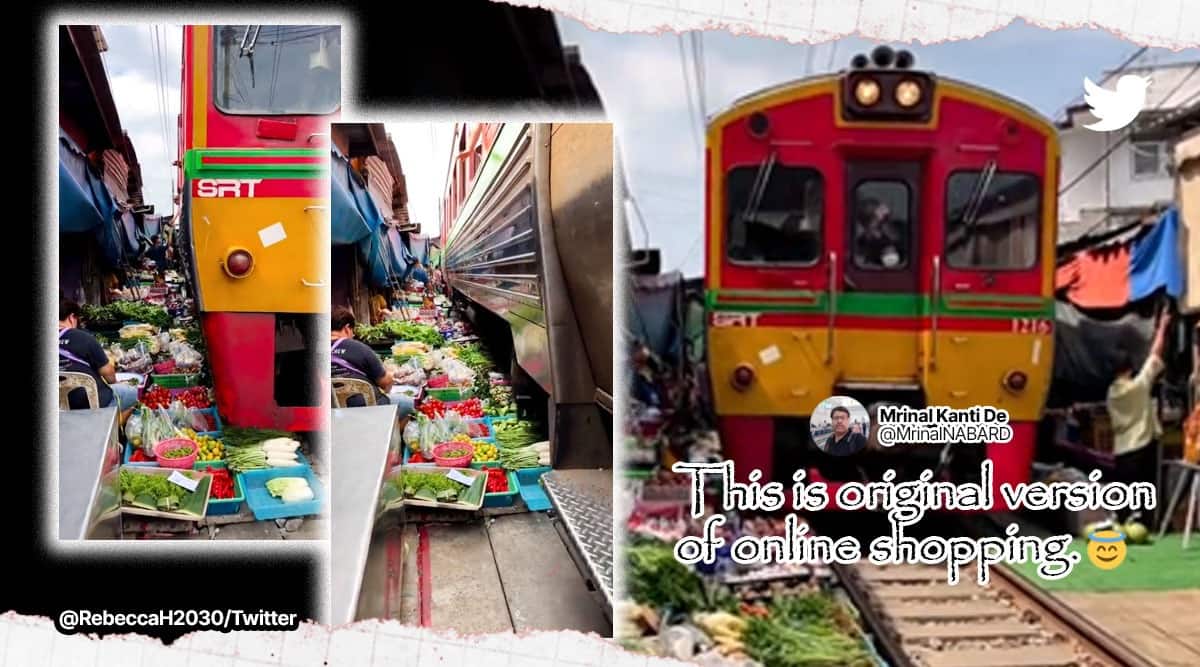 A railway track that actively sees multiple trains every day, sounds like an unlikely place to hold a food market. However, Thailand’s Rom Hup Market is set exactly over railway tracks and has become a popular tourist destination. The unusual food market sits on top of the railway tracks of the Mae Klong railway line.

As per Thailand tourism’s website, the market is spread over a 100-metre stretch and is open from 6 am to 6 pm. The market’s unique operating conditions are such that before the train passes through the market, a warning bell is raised. This prompts shopkeepers to halt their specially designed overhead tents and move their goods away from the tracks.

The vendors then bring back their goods and people start moving on the tracks as per usual after the train passes. A total of eight trains pass through the market every day. This back-and-forth arrangement has given the market its local name: Siang Tai (life-risking) Market.

Maeklong Railway Market, Thailand 🇹🇭 a marketplace with a railway track through it 🛒@RebeccaH2030

Over the years, this unique market has become famous among tourists. On Monday, former Norwegian diplomat Erik Solheim shared a video from Talat Rom Hoop that showed a train closely passing near the shops of fresh produce that were laid mere inches from the moving train. In the video, the vendors seemed nonchalant about the passing train.

Commenting on this video, a Twitter user wrote, “Not sure I would buy that produce/edibles so close to the tracks, seems uncaring selling & feeding to another. Makes sense some laws that are in place. #OneLove💗”. Another person wrote, “This is original version of online shopping. 😇”.

Kangana Ranaut announces her Twitter return: ‘Nice to be back here’