The phenomenon, known as 'animal rain', is said to be caused by tornadic waterspouts. 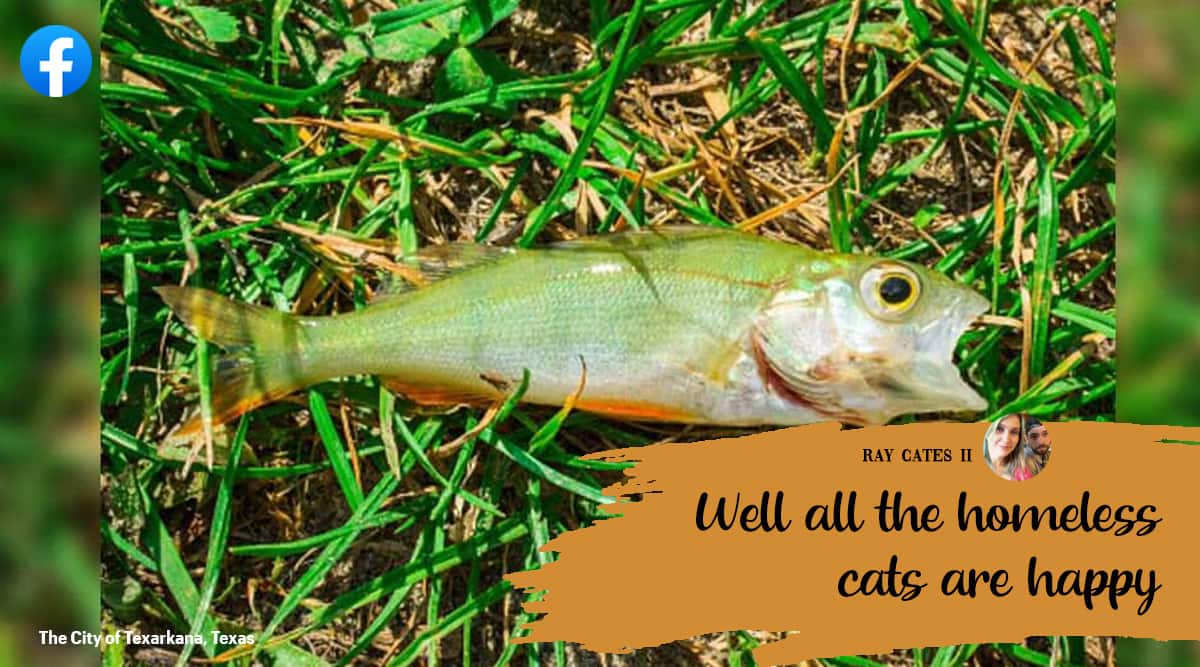 'Animal rain' has previously been reported in places like California and northwestern Serbia. (Source: The City of Texarkana, Texas/Facebook)

‘It’s raining cats and dogs’, the saying goes. But in Texarkana, a city in Texas, it ‘rained’ fish on Thursday. Many Texarkana residents were surprised when they saw fish dropping from the sky along with rain.

Reporting about the bizarre metrological phenomenon, the official Facebook page of The City of Texarkana, Texas, said, “2021 is pulling out all the tricks… including raining fish in Texarkana today.”

Elaborating, they explained, “Animal rain is a phenomenon that occurs when small water animals like frogs, crabs, and small fish are swept up in waterspouts or drafts that occur on the surface of the earth. They are then rained down at the same time as the rain. While it’s uncommon, it happens, as evidenced in several places in Texarkana today.”

Look at the size of that fish! It’s not raining tadpoles or guppies.
It’s called Animal Rain. Of course it’s happening in Texas. They screwed up the environment! Mother nature’s pissed & she hurling fish at them. pic.twitter.com/P8RArBKVd0

Many Texarkana residents took to social media to document the dead fish lying on roads and in their backyards. Some people were amused. One person commented, “There are probably a lot of happy stray cats”, on one such post, while another said, “People thought I was crazy about 20 years ago when I told them it rained frogs at my hog farm. I stood there dumbfounded looking at my concrete walkways being covered as they were falling. I was wondering if the world was coming to an end.”

However, some people are worried about the health and hygiene issues that dead aquatic animals might cause if clean-up operations are not done on time.

“Animal rain” has previously been reported in places like California and northwestern Serbia.