Songs of dissent: Why protest music is becoming a rage this election season

As protest music takes an urban and political turn, the voices of dissent fear for their lives and wear a badge of bravery. 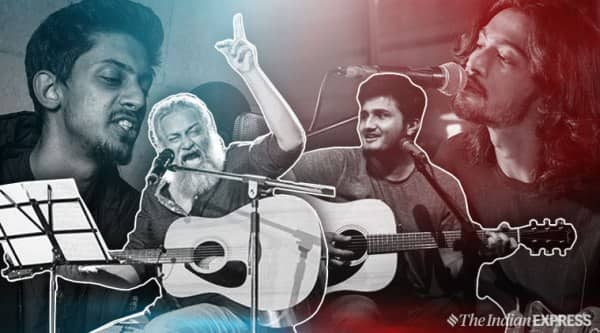 Protest music after 2014 screams of unemployment, mob lynchings and lack of freedom.

He was an ordinary dairy farmer. One day, when he bought a dairy cattle, a group of cow vigilante set upon him and killed him. His fault? He was a Muslim. His name? Pehlu Khan.

Pehlu Khan’s lynching video, that once sparked anger, is now a forgotten story. But 29-year-old Aamir Aziz could not bear the apathy towards such incidents, so after two years, he decided to recreate the horrific tale of Pehlu Khan. “People saw the video, got angry and then forgot about it, but I just couldn’t accept something like this happened.” Aziz’s song, ‘Ballad of Pehlu Khan’, underlines the struggle minorities face in India these days.

When Mumbai-based Aziz looks at the polarising atmosphere, he remembers the communal harmony he saw in his childhood. “In Patna, I always saw my mother wear a saree, never a burqa. We used to watch Ramayana and Mahabharata with our neighbours, and religious differences were never spoken about.” But the last five years have made him extremely conscious of his Muslim identity. “I have realised that I have a name that can take me to the grave for no reason.” His mother now worries each time he is travelling by train, a fear he never experienced earlier.

An actor by profession, Aziz always had an interest in music. His first stint with counter-culture began when he was studying at Jamia University. Seeking inspiration from Bob Dylan and Johnny Cash, he started creating and performing songs for plays and events. He composed songs on Lokpal, sedition and 2G scam, but in the recent past, they have revolved around mob lynchings, (lack of) freedom and unemployment. Although his relationship with anti-establishment began during his college days, it was only in August last year that he released his first song ‘Ye Kaisi Azaadi’ on YouTube.

Subscriber Only Stories
View All
Monthly plan to access Budget
Also Read: Imagine, it isn’t hard to do

Protest music has always been a part of India, but urban counter-political music is still not a popular genre, and unlike Aziz, most singers emerged post-2014. With each distinct voice, the style differs, but the theme stays the same.

[ie_backquote quote=”I have realised that I have a name that can take me to the grave for no reason.” cite=”Aamir Aziz”]

Coming from an army background, 22-year-old Armaan Yadav studies Literature at Ashoka University. In his rap song, ‘Saffron Ablaze’, Yadav talks about “saffron terror” and brings forward the incidents that have plagued India in the last few years — mob lynchings, Kathua rape case, quietening of dissenting voices and protecting the ‘killers of our democracy’.

The lyrics, “my country’s up in flames, and the flames look saffron”, set the theme of the song. “It wasn’t supposed to be about saffron terror, but against propaganda, and all the incidents it triggered.” Into rapping for over six months, this is the only political song Yadav has released, but he aims to delve more into the realm in future. “When art starts getting dangerous to do, that’s when it should be done more,” he says.

Also Read:: How idea of Azadi has changed over the years

She was an outspoken journalist. She was shot three times outside her own house. Her fault? She spoke against Hindu-extremism. Her name? Gauri Lankesh.

The angst that was rising among minorities, reached the people who spoke against the government. Fear of life for being “anti-national” reached its peak after Gauri Lankesh was murdered in 2017.

“Each time I perform my songs, upload a video or get an unknown message, I am scared. What happened to Umar Khalid, happened in a moment, and that can happen to me as well. It is a scary thought.”

A maths teacher by profession, Delhi-based Poojan Sahil’s fears are the effects of being outspoken. The 25-year-old is a regular at composing contrafactum (substituting text for another without substantial change to the music) of popular Bollywood songs. His first song, A reply from Nirav Modi, made him popular and he now performs at rallies, protests, jansabhas and conferences. “That’s my contribution to counter-culture,” he says. He has composed songs on demonetisation, Statue of Unity, Rafale deal and more.

While the fear has never stopped him from doing what he does, he believes that the last five years have been a struggle to keep the Constitution and the idea of India alive.

[ie_backquote quote=”What happened to Umar Khalid, happened in a moment, and that can happen to me as well. It is a scary thought” cite=”Poojan Sahil”]

Protest music in India evolved multiple times after independence. Starting with the communists singing about the class struggle in the 1940s and 50s, it took a local turn in 1980s. Regional languages, local issues, and the lack of internet played a role in these songs not reaching a wider audience. But the last few years saw a change in narrative, making it more political and urban. Political music, that was earlier used just as a propaganda tool, now took an anti-establishment turn.

Indian Ocean’s Rahul Ram, who is now associated with political satire group Aisi Taisi Democracy, is among the oldest names in protest music, which he likes to call social commentary. Being associated with the Narmada Bachao Andolan and sung songs like ‘Maa Rewa’ and ‘Bandey’, in Aisi Taisi Democracy, Ram gives a musical touch to the political climate. His songs ‘Naukri Kahan hai Deewane’ and ‘Chunav ka Mahina’ complement Varun Grover and Sanjay Rajoura’s stand-up acts. Aisi Taisi Democracy is India’s only collective that blends music and stand-up comedy. “Music lets us say things that we otherwise could not have spoken,” Grover says.

Earlier, protest music did not come with the kind of resistance that is seen nowadays. Now, it comes with a badge of bravery and fear of life, a novel concept for the political satirists who were operating before 2014.

“Let’s say I say the same joke, our prime minister does not talk, before and after 2014, the reaction I get is very different. The resistance to it now is so loud that a simple statement like this becomes a sign of protest.” Rajoura, who has been doing anti-establishment stand-up comedy for the last 10 years recalls the change in political atmosphere after 2014.

Varun Grover feels the last five years have been the worst example of bigotry being celebrated by the ones in power. “What message did we send out when we draped the body of Akhlaq’s killer in the national flag and labelled him a martyr?” Grover has been writing political comedy since 2005, but says, it never came with a sense of risking your life. “Trolling never led to actual killing, but that changed with Gauri Lankesh.” 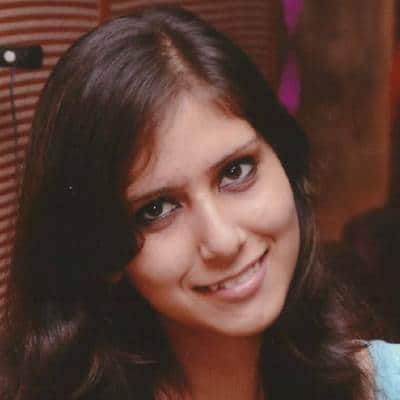