Sung by Yohani and Satheeshan, the song has been lording it over music charts in the country with even Bollywood stars getting hooked to it. From countless regional language covers to dance videos, see how this Lankan song broke the internet. 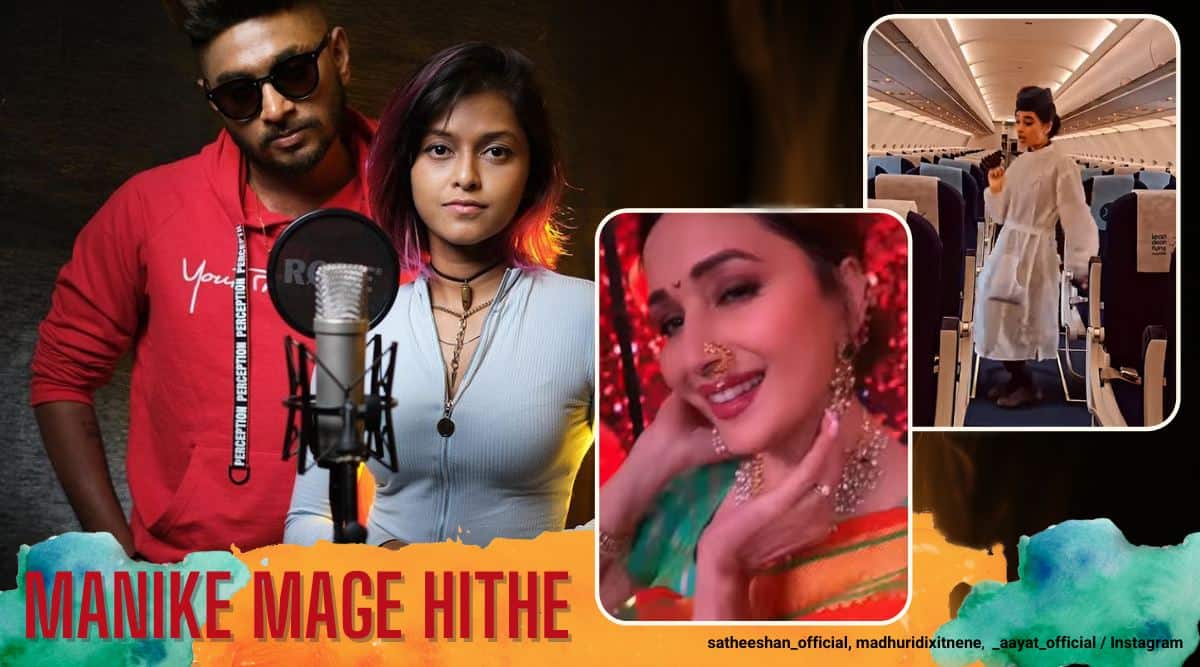 The Sinhala song has inspired many artistes around India to come up with many covers.

While geographical boundaries never mattered when it came to music, the internet has truly expanded its reach. Overcoming the barriers of language, each day, Indians get to experience and fall in love with new songs in foreign languages and ‘Manike Mage Hithe’ is the latest on the list.

Of late, the viral Sri Lankan song has hooked social media users, including Bollywood celebrities. From Amitabh Bachchan to Madhuri Dixit, many have been found grooving to the earworm.

One of the most popular tunes for Instagram Reels in India, the Sinhala song not only made its mark on streaming platforms, the catchy strain has also inspired countless covers in various regional languages.

Desi fans have been gripped by the stunning voice of Lankan singer-rapper Yohani whose version of the song is currently viral. However, many do not know that it is only a cover of the original 2020 song produced by Chamath Sangeeth.

Originally released as a single in July last year, it was sung by singer Satheeshan and rapper Dulan ARX, who is also the lyricist. The music video directed by Hasith Aryan featured Madushi Soysa, Kasun Tharaka and Ruwan Priyadarshana.

After almost a year, Sangeeth got together with Yohani to release the duet cover featuring the original singer Satheeshan. Since its release in late May this year, the addictive tune has soared in popularity in the island nation and has become one of the top songs on Spotify and Amazon Music charts in India. The YouTube video has amassed over 100 million views now.

Following its success in India, the singers released Tamil and Malayalam version of the song. Anas Shajahan has joined Yohini in this version.

A Hindi version of the song was released recently as part of a collaboration between Indian singer-rapper Muzistar and Yohani on July 30.

How it got wider attention in India

One of the earliest covers that introduced the song to desi audiences on Instagram was by social media star and music producer Yashraj Mukhate. Sharing a cover of him singing the original version of the song, Mukhate admitted he didn’t understand the lyrics but couldn’t stop singing it. The clip has garnered over 15 million views so far.

A few days later, Bollywood legend Amitabh Bachchan shared a spoof video of him shaking a leg to the peppy beats of the song’s Hindi version. According to the 78-year-old veteran actor, his granddaughter Navya Naveli Nanda edited the dance sequence from his iconic film Kaalia. Swapping the original song ‘Jahan Teri Yeh Nazar Hai’ in the edit, Nanda replaced it with ‘Manike Mage Hithe’ in the video.

From television actors to singers and top actors in the Hindi film industry, celebrities can’t get enough of the song. While some used the viral song as background music for videos or simply hummed to it while driving, others were seen dancing to it.

Tiger Shroff wowed all with his breathtaking dance performance on the original cover garnering over 22 million views on Instagram, while Madhuri Dixit shared a look video saying she is in “love” with this song.

Singer Sonu Nigam used the song to share a video capturing ‘Shenanigans in Goa’ and Tulsi Kumar danced to the viral hit.

Regional language and other covers

Moving beyond celebrities, the song has inspired a host of YouTube artists to put out versions in their mother tongue. While some opted to translate some of the lyrics to their language, others came up with fresh renditions combining folk songs.

In some languages there are multiple versions by different singers that too have gone viral with millions of views. There are also some beautiful renditions in not so popular languages like Kokborok from Tripura.

Earlier this week, a video of an air hostess dancing to ‘Manike Mage Hithe’ onboard an empty plane took netizens by surprise. Dressed in her uniform, Aayat Urf Afreen, a cabin crew member of IndiGo is seen dancing beautifully to the song during “Long halts!” The post has got over 40 million views so far.

Another young doctor from Gujarat went viral, crooning to the song while playing a guitar. Writing her own lyrics, the woman’s soulful cover delighted many online.

Time and again songs from other countries, like ‘Despacito’ and ‘Shape of You’, have taken Indian social media by storm, affirming the power of music to truly transcend all boundaries.