Unfazed by other people's remarks, Shyja never felt the need to remove her moustache. 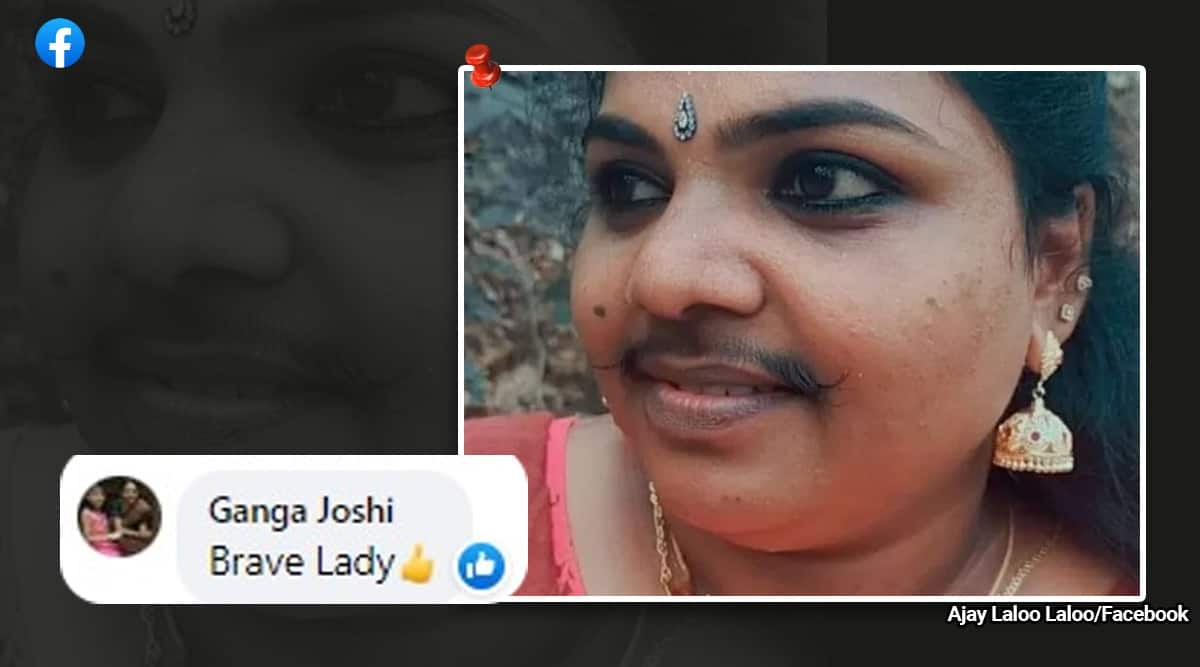 According to the BBC, her moustache started thickening five years ago and she decided to keep it.

Breaking gender stereotypes surrounding women’s facial hair, a 34-year-old woman from Kerala dons her moustache with pride. Shyja from Kannur has drawn both praises and ire from netizens for her moustache.

She became popular on social media after posting a note in a Facebook group, saying, in roughly translated Malayalam, “Name- Meeshakari, Age- 33, Husband- 1, Children- 1 (13) age. Place- Kannur. Love- 1. Moustache is original. May ask what you need to know more,” according to Manorama Online.

ALSO READ |‘Clothing has no gender’: Man who is pushing androgynous dressing, one saree a time

In real life, Shyja is used to awkward gazes and mocking comments on the streets. However, unfazed by other people’s remarks, Shyja never felt the need to remove her moustache. According to BBC, her moustache started thickening five years ago and she decided to keep it.

“I like having a moustache and I don’t want to remove it,” Shyja told Mathrubhumi.com. Amid the burgeoning market of hair removal products, including wax strips and epilators, and societal norms considering women’s facial hair as undesirable, Shyja refuses to remove it. “I am known as ‘Meeshakari’ Shaija in my hometown and it is not something that saddens me,” she added.

“People make fun of me saying, ‘it’s men who have moustaches, why would a woman have one?'” Shyja was quoted as saying by BBC.

Shyja, who has undergone six surgeries over a decade, including removal of a lump in her breast and cyst in her ovary, remains positive, undeterred by insulting remarks. In her everyday life, she does her part to break the patriarchal mindset.

“My husband would go to work and return late. So I would sit outside the house in the evening, sometimes I’d walk to the store alone at night if I needed something. No one cared. As I learnt to do things on my own, it built my confidence,” she added.