Replacing potato stuffing in case of usual pani puri, the vendor was seen filling it with choco chips, waffer chocolates and rabri. 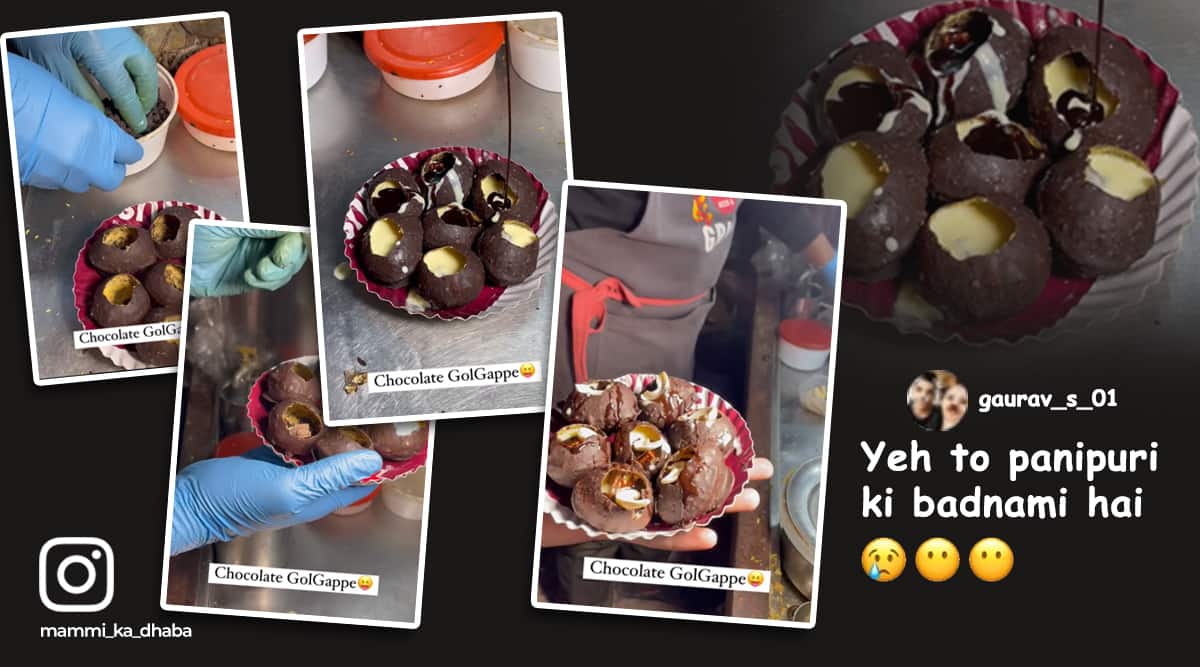 While some thought the dessert looked 'yummy', others were not impressed.

Should popular food items be reinvented? It’s a controversial question

In Madhya Pradesh, a food joint decided to give a sweet twist to popular desi snacks by coming up with a chocolate version. However, a video of the dish has left many unsure.

As food experiment videos continue to be a big rage on social media, food blogger Kalash Soni (mammi_ka_dhaba) recently shared his experience of trying out the chocolate golgappe in Indore. In the small video posted by Soni on Instagram, the vendor is seen cracking seven dark chocolate crunchy golgappe for a plate of the dish.

Next, in place of the traditional potato stuffing, he fills them with an assortment of chocolatey products, from choco chips to what looked like small bite-size pieces of KitKat. Then replacing the tangy tamarind or pudina pani, he fills the panipuris with what looks like rabri!

Finishing the dish, he fills the remaining of the crispy balls with some chocolate syrup and garnish it drizzling some more! The vendor then carefully places cashews on top to serve the dessert.

For those interested to try the unique dish, the blogger said it was available at Jain Shree Panipuri Sarafa. Although the blogger doesn’t give a review of it in the Reel video, he was seen showing a thumbs up for his viewers. However, when many were confused about it’s taste, saying even though they are not thrilled at the idea but it “looked yummy”, Soni replied saying, the dish “wasn’t bad”.

While most panipuri lovers argued the traditional one is the best one, the post also saw a few enthusiasts who were willing to try it.